Home
Television
What is The Brady Bunch Cast Up to Today? 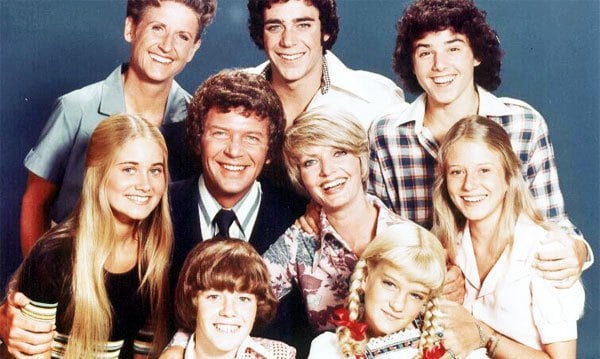 ‘The Brady Bunch’ is a sitcom about a blended family with six children that was created by Sherwood Schwartz. It first aired on ABC in 1969 and ran until 1974. The characters of this series were hugely popular. Sadly, Robert Reed and Florence Henderson, who played the parents of the family, have both now died. The same applies to Ann B. Davis who played the role of Alice Nelson. However, the actors who played the family’s children are all still alive and well. Here is what the cast of ‘The Brady Bunch’ is up to today.

Barry Williams played the role of Greg Brady. He continued to have a successful career in television with roles in both series and television films. In 1995, he was a producer for the feature film ‘’The Brady Bunch Movie’. He also had a cameo role in this film. Most recently, he played Marsh Man in the 2016 film ‘Flea’ and provided a voice for a 2017 episode of ‘The Loud House. He has been married three times and has two children.

Maureen McCormick played Marcia Brady in this series. Since the series ended, she has continued to work in television. In recent years, she has also taken part in many reality television shows. These have included ‘Celebrity Fit Club’, ‘Dancing with the Stars‘, and ‘Im a Celebrity… Get Me Out of Here!’.

Peter Brady was the character played by Christopher Knight. He decided to quit acting and had a career in computing when the series ended. He then briefly returned to acting. Most recently, he was Brad in the 2017 film ‘Prisoner’ and he is playing Cooley Swindell in ‘Where the Fast Lane Ends’, although the release date for this film has not yet been released.

Eve Plumb portrayed Jan Brady in this popular television series. Following ‘The Brady Bunch’, she continued to work in theater, television, and film. The last film in which she appeared was ‘The Sisters Plotz’ in the role of Celestia Plotz. 2015. In 2017, she appeared in three episodes of ‘The Path’ and one episode of ‘Blue Bloods’. She has been married to Ken Pace since 1995. Her husband is a business and technology consultant. There is a New York-based alternative rock band named after Eve Plumb.

Mike Lookinland is the actor who played Bobby Brady. He continued to work in television until 2000 when he decided to quit acting. Following the end of ‘The Brady Bunch’, he appeared in a variety of television films and series. Many of these were spin-offs from ‘The Brady Bunch’, so this series remained central to his career. He has been married to Kelly Wermuth since 1987 and the couple has two children together.

In ‘The Brady Bunch’, Susan Olsen played Cindy Brady. Just like her co-stars, Susan Olsen continued to enjoy a successful career in acting. The last time she was seen on screen was in the 2015 film ‘Mama Claus, Deck the Halls with Guds’. In this film, she played the role of Mama Claus. Olsen has also worked as an artist, a radio host, and an animal welfare advocate.