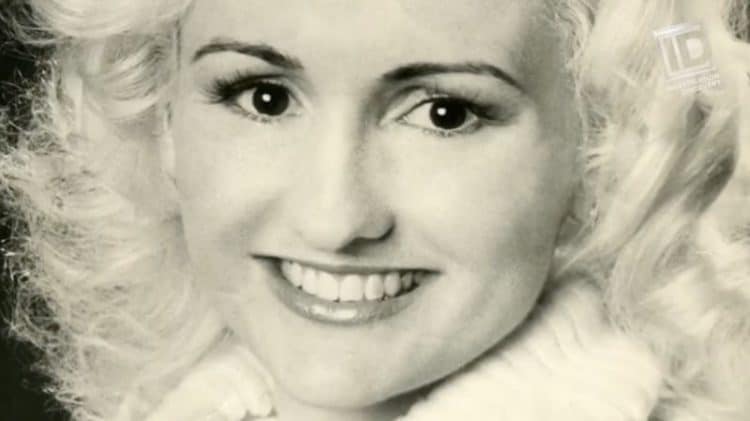 In 2000, Bonnie Lee Bakely married actor Robert Blake. The marriage was Bonnie’s tenth, and Robert’s second. Within a year of making their vows, Bonnie was shot while sitting in Blake’s car outside a Los Angles restaurant. Blake was subsequently charged with murder, solicitation of murder, and conspiracy. Seven months after a jury acquitted him of all crimes, Blake was found liable of wrongful death during a lawsuit instigated by Bonnie’s surviving children. Her death, however, remains officially unsolved.

1. She dreamed of becoming a model

Bonnie was born to Marjorie and Edward Bakely in New Jersey. At the age of 16, Bonnie decided to quit high school and move to New York City to pursue her dream of becoming a model. She subsequently enrolled at the Barbizon School of Modeling to study her craft. It was while at the school that she met her first husband, an Immigrant called Evangelos Paulakis. As Paulakis required a visa, Barkley agreed to marry him (albeit at a price). No sooner had the vows been said, Bonnie ended the marriage and Paulakis was swiftly deported.

2. She married her first cousin

Six years after her first marriage to Evangelos Paulakis bit the dust, Bonnie married Pawl Gawron, her first cousin. Despite the marriage only surviving five years, it would turn out to be the longest of any of her subsequent relationships and even managed to spawn two children, Glenn and Holly. Bonnie and Garown eventually divorced in 1982.

3. She ran a successful mail-order business

After the dissolution of her marriage to Gawron, Bonnie launched a mail-order business to financially support both herself and her two children. The main activity of the business centered on sending nude pictures of herself and other women to men. She also ran a sleazy ‘lonely hearts’ newspaper ad, which Bonnie used to swindle lonely men into sending her money for rent or travel expenses. The business proved so successful Bonnie was able to buy several properties across both Memphis and Los Angeles.

While her mail-order business afforded her a considerable income, Bonnie’s second career as a singer and actor proved less successful. Shortly after her death, one of her recordings from the mid-1970s was unearthed. The track, which was entitled “Just a Fan”, contained the ominous line “I am chasing a celebrity/ There’s no future I can see.” The record was placed up for auction on eBay… although with the seller describing it as “absolutely terrible” and another listener claiming it was so bad it had “removed the enamel from his teeth”, it’s clear any interest generated came on the strength of Bonnie’s celebrity, rather than her merits as a singer.

5. She had a huge arrest record

Due to the nature of her scandalous little mail-order business, Bonnie spent much of the 1980s and 1990s going from one arrest to another. In 1989, she was fined $300 for drug possession. In 1995, she was sentenced to work on a penal farm and fined $1000 for writing two hot checks. 3 years later, she was arrested again, this time for possession of five driver’s licenses and seven Social Security cards all bearing different names.

6. She was obsessed with celebrities

“Being around celebrities, it makes you feel better than other people”, Bonnie was once quoted as saying, which certainly gives us some insight into her history of “pursing” celebrities. In 1990, Bonnie began to chase Jerry Lee Lewis and even managed to wangle her way into the inner circle of his sister, Linda Gail Lewis. The friendship came to an abrupt end when she gave birth to a child she claimed to be Lewis’ — something both Lewis and DNA tests contested. Other celebrities that managed to find their way onto her radar included Dean Martin, Frankie Valli, Gary Busey, and, perhaps most famously of all, Christian Brando.

After falsely accusing Jerry Lee Lewis of fathering her child during the early 90s, Bonnie was up to her old tricks again 6 years later when she repeated the story on Christian Brando, the son of iconic actor Marlon Brando and actress Anna Kashfi. The two struck up a friendship while Brando was serving 10 years for the voluntary manslaughter of his half sister’s boyfriend, Dag Drollet. After his release, the two embarked on an affair, which (she claimed at the time) ended with the birth of her daughter, Christian Shannon Brando. As it turned out, the true father was Robert Blake. After her true parentage was revealed, Christian’s name was changed to Rose Lenore Sophia Blake.

8. She had an unhappy childhood

During an interview a few years on from Bonnie’s death, her sister, Margerry, revealed the depth of their unhappy childhoods. “[Our] father drank all the time. [Our] parents told us we were ugly. They made fun of us when we got out of the shower,” she revealed to LA Observed. “They were always fighting. It used to make Bonny hyperventilate and she would pass out.”

9. She had four children and ten husbands

Over the course of her life, Bonnie married a total of ten times. Her 8th marriage to Glynn Wolfe was, until her last marriage to Blake, her most famous, largely thanks to Wolfe’s status as the holder of the record of largest number of monogamous marriages. She also had four children, a son, Glenn, and a daughter, Holly, with her second husband Paul Gawron; a daughter named Jeri Lee Lewis, and a third daughter named Rose Lenore Sophia Blake with Robert Blake.

10. She had a rocky relationship with Blake

After a DNA test proved that actor Robert Blake was the father of Bonnie’s fourth child, Rose, Blake agreed to marry Bonnie on the condition she signed a temporary custody order that allowed her friends and family to visit Blake’s home only with written permission, and for her visits with Rose to be monitored. She agreed and the couple was married on November 4, 2002. The marriage was rocky throughout, with Blake even allegedly hiring a private investigator at one point to dig out information about his new wife’s past.