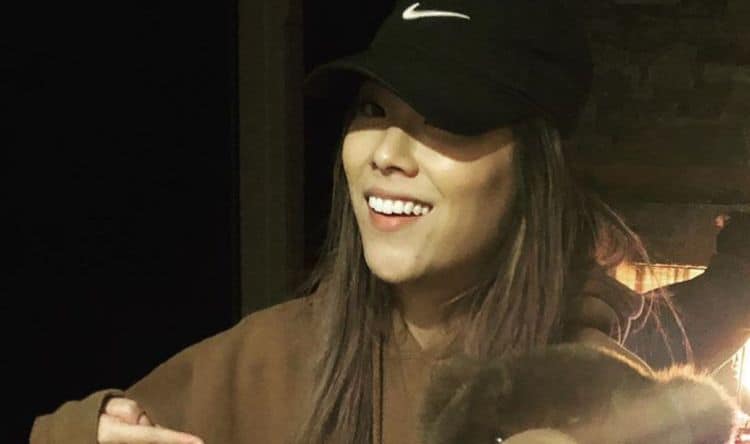 Mel Taevin is a contestant on the television series “The Bachelor: Listen To Your Heart.” Although she was eliminated in the second round of the competition, she did gain a lot of attention. She made some new fans in the process. She wasn’t around long enough for us to really get to know her. For those of you who’d like to know more, here are 10 things that you probably didn’t know about Mel Taevin.

1. She was born in Korea

Mel was born in Seoul, Korea. She was adopted by her parents, along with her two younger siblings. She was fortunate to find a loving family in the United States, who wanted to provide a home and a family for the three children. She was raised in the Midwest. Mel is 27 years of age and she lists her hometown as Brooklyn, New York.

2. She got her start in church

Many up and coming musicians got their start in church, and Mel is no exception. She grew up attending church and singing there. This is where she discovered her talent for music. It turned into a passion, so she followed her heart, and got into rock and roll music. Her genre is indie-rock.

After graduating from high school, Mel Taevin enrolled in courses at Bethel University. Although it’s unclear which program she first enrolled in, Mel had a change of heart when it came to her career focus. When she made the decision to pursue a career in music, she switched her major and attended Berklee College of Music. She studied in the performance arts and songwriting programs.

4. Mel has some interesting influences

We were interested in who Mel Taevin looks up to, and who has inspired her musically. We learned that the biggest musical inspiration in her life is artist Stevie Nicks of the band Fleetwood Mac. She also shared that she used to cut her classes just to watch John Mayer videos. These are two significant influences on her music. She is also a performer and she knows how to break the ice. She is known to use a “Seinfeld” impression to get everyone in the audience laughing.

Mel is currently advertising the release of her new musical project titled “Fall Hard.” She has her own website and from the page, you can follow the links to hear her music through a variety of streaming sites. She provides links to Deezer, iTunes, Apple Music, and Spotify. There are also links for contacting her and for going to her social media pages. There isn’t any other information on the page, but if you’re a fan of her music, this is a great resource.

If you were intrigued by Mel Taevin’s brief appearance on “The Bachelor,” you can follow her on Instagram. This is an excellent place to find some great photos of Mel in a variety of settings. There are 259 posts on the page and it’s a great way to learn more about her and to keep current with what is trending in her blossoming career. So far she has 2,913 followers at last visit to the page. She is following 661. Mel is doing a great job of keeping her social media updated. Her major focus these days is upon the music.

7. She hasn’t been around for long

Mel Taevin is a brand new artist. Her debut release “Fall Hard” just came out on April 17, 2020. If you haven’t’ had a chance to hear it yet you’re not alone. If you’re a fan of Indie-rock then you may want to consider checking out her first release. Although it’s a start, Mel is just beginning her career in the music industry. It’s a fickle business and there are a lot of talented artists who don’t get the exposure that they need to succeed. Although her stint on “The Bachelor” was short, it was good publicity.

8, She isn’t getting much press yet

When we investigated Mel Taevin’s career and history, we discovered that she is just getting her career started. Because she is so new, there isn’t much information available about her. So far, she has released a few short biographies, but most of the more popular gossip and fact sites have yet to receive updated information about her. The best resources available are through social media to stay on top of what she is up to in her career. This seems to be the main focus versus posting personal information.

9. She is keeping a low profile

With the exception of her competition on “The Bachelor,” Mel Taevin has been keeping a low profile. We assume that she is a very private person who doesn’t like to share personal information. We’ve just had a glimpse of her on the two episodes of “The Bachelor: Listen To Your Heart” before she was cut from the contest. Neither she or her manager is putting much news out about her so we assume that she simply wants to maintain her privacy. Although it’s a bummer for fans, we’ll have to bide our time until she releases more.

Although Mel was eliminated in the second round of “The Bachelor: Listen To Your Heart,” we think that there is a possibility we’ll see more of her. It’s not unheard of for contestants to show up in new editions of the franchise. We also see the potential for her music to take flight as well. Even though she didn’t make it very far in the show, you never know what might happen in the future. You can keep tabs on her emerging career by following her on social media for later updates.