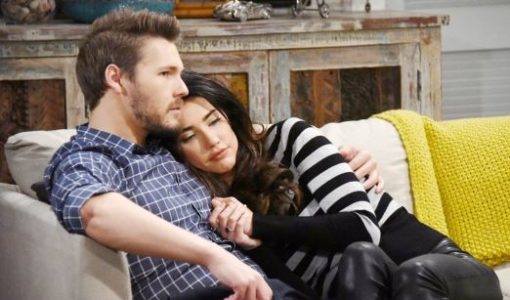 The Bold and the Beautiful rumors are already swirling as Steffy and Liam reach the point in their problems where they seem destined for the end. We mean to say that Liam is presenting his wife with annulment papers and wants their marriage erased completely on the grounds she is a fraud and a liar and someone with whom he never wants any legal responsibility. We don’t see anything that might bring them back together at this point, but we hear there might be something in the works that brings sensitive Liam back.

See, we’ve thought for some time that he might either end up back with Hope or with Sally, but we are hearing there could be a chance that something might happen between he and Steffy in a few months. She is, after all, pregnant with his baby. And he might just forgive her if something were to happen to her and to the baby that puts either of their lives in jeopardy.

All it might take is one little medical problem for him to go running right back to his wife and realize he loves her and wants to make a family with her. He will forgive his father, they will live happily ever after, and they will follow in the footsteps of both of their families, who do nothing but run back to one another all the time no matter what they do. Do we have confirmation? No. But we don’t suspect for a second this might not be true.