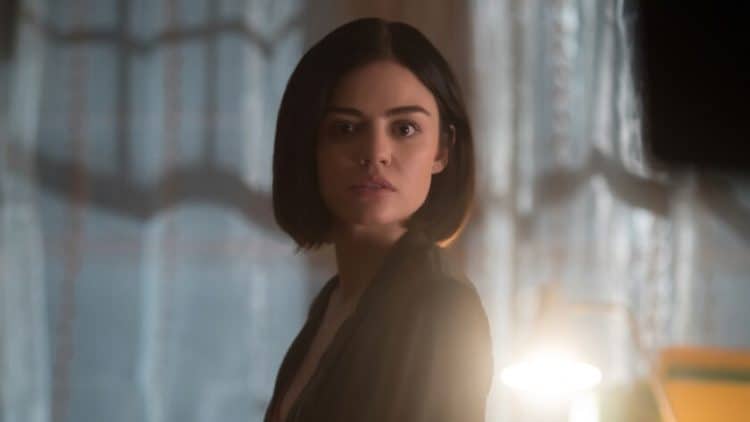 Who could forget Blumhouse’s Truth or Dare? This slick horror movie centered around Olivia and her college friends who are in Mexico before graduation. Suddenly, a stranger convinces Olivia to play the classic game of truth or dare; however, the game isn’t as innocent as it used to be, and a demon forces the friends to expose dark secrets and confront their biggest fears. The rules are simple, tell the truth or die, do the dare or die, and if you stop playing, you die. On paper, the 2018 feature has an interesting premise that has the potential to be a horror classic. The problem? Blumhouse’s Truth or Dare turns out to be one of the blandest horror movies you’ll ever see. One of the main issues is that the film takes its premise way too seriously. Yes, I stated that the premise had the potential to be a horror classic; however, that’s in vain of campy and darkly comedic Nightmare on Elm Street or Army of Darkness. Hell, this could’ve been a Final Destination-like type of film. Blumhouse’s Truth or Dare isn’t a suspenseful or psychological horror film because its premise holds it back from doing so. It’s hard to take the plot seriously with that stupid demon smiley face asks truth or dare. Horror movies like this tend to make these same mistakes when some films would be better at being over-the-top fun vs. a dead serious horror movie like Halloween or Get Out.

In the opening scene, the film showcases its potential by having Giselle try her damn hardest to escape the game; however, the young woman is caught at a gas station and forced to play truth or dare. She chooses dare and is forced to set an innocent woman on fire. This is actually a great sequence that showcases the intriguing premise. It questions just how far some people would go just to stay alive, making for a strong morality play while delivering a pretty solid kill. Unfortunately, the opening scene doesn’t do much for the story because the film isn’t about Giselle. Granted, she returns later on in the film; however, it would’ve been better if this was Carter behind this decision. We understand the consequences of the game thanks to the cold open, and it would’ve been more effective if we understood the hell that Carter had to go through to willingly and carelessly lure a group of strangers into the dangerous game.

However, one of the biggest crimes that the film commits is that the core cast of characters are terrible people. I understand that people in general aren’t perfect. And there is some fun to be had over trying to expose someone’s deepest and darkest secrets. Brad’s plight of having to tell his homophobic father that’s he’s gay could’ve actually generated some nice tension, but the movie simply skirts past that emotional moment for some odd reason. The rest of the truth scenes are barely given some dramatic flair because there’s little suspense built up before a character exposes themselves. That’s the least of this film’s issues; As I mentioned before, these are some s**ty people. It’s hard to root for these characters due to the secrets exposed. Blumhouse’s Truth or Dare isn’t meant to be a character driven piece; however, they could’ve focused on this direction if they settled on one character. In a way, it could’ve been like Happy Death Day, where Tree comes across as a stereotypical mean girl character, but she grows and develops into a better human being by the time the end credits roll. Unfortunately, since nobody develops into a better human being in Blumhouse’s Truth or Dare, we don’t care about these a**holes. That leaves the deaths, which turn out to be pedestrian and boring. It’s clear that the studio was aiming for a PG-13 rating to capitalize on a larger market, but the lack of fresh and inventive kills really puts a damper on the premise. Blumhouse’s Truth or Dare is so worried about coming off as realistic and grounded that it doesn’t understand its premise is meant to be campy and outlandish. This film didn’t need to have elaborate Final Destination like kills, but it did need to be creative. In reality, Blumhouse’s Truth or Dare has some genuinely intense moments; however, the movie squanders a fun premise by not going over-the-top and campy, and the lack of sweet and gory kills backfires as well.