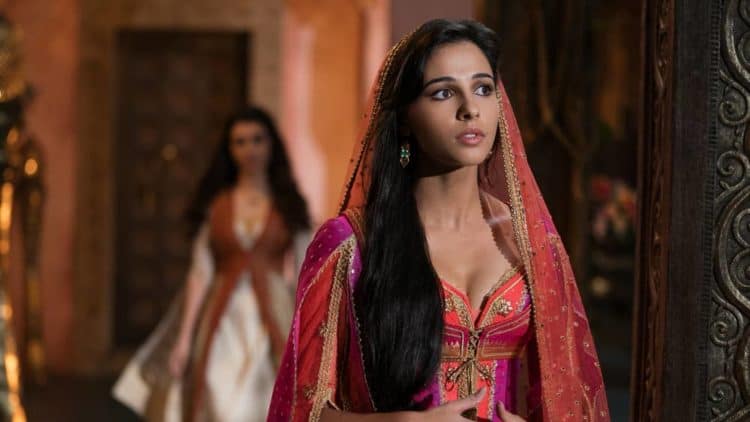 It’s interesting to realize that Naomi Scott has been around since 2008 but she’s just now really coming into her own and getting a lot of recognition. Of course it does pay to play a part in movies that are going to get a serious amount of exposure, whether it’s good or bad. So far she’s been seen as more of a supporting character but she’s also been allowed to take the lead in some part so as to showcase the fact that she does have the talent and ability to really hang in there with actors that are even more established and have been around for years on end. As as one of those that is in the generation of stars that are actively trying to step up to the plate and take over Naomi is doing her part to make it clear to audiences that she has what it takes to become one of the more popular actresses in the years to come.

Sigh, this one makes the list since you can guess that a lot of people are going to go watch it and think that it’s the next big thing to hit the theaters. Some of us are kind of tired of the whole ‘the future is female’ idea and would love to see some compromise finally happen, but let’s at least be honest and say that it’s cool to see women kicking ass in various movies. If we could see this without the whole idea of women being superior to men and instead being equal as many seem to want it’d be great, but at the very least you can say that there is still a Charlie and he hasn’t yet become Charlene or Charlotte, even if Bosley is now female.

Yeah I know this wasn’t the most well-received version of the Power Rangers but at the very least it was an attempt that looked pretty cool thanks to the special effects that so many people wanted to badmouth. The story was kind of chopped up and hard to follow at times but it was easy enough to get into since the Power Rangers are a group that a lot of us can remember as kids and can still enjoy in a way since the actors weren’t all that bad and were easy to relate to in this day and age. If anything it might be that another Power Rangers movie is needed to really bring the group back into the mainstream in a much more effective manner.

Just imagine being buried alive so deep in the earth that any possible escape through the ONE SINGLE ENTRANCE would be impossible. Now imagine that there’s only enough water and food to last for a few days among everyone. At that point it wouldn’t matter just how much of a working knowledge a person had concerning the tunnels and shafts leading through the mountain, the size of the rock blocking the tunnels was great enough to give the impression that the mountain had taken what it wanted and finally made it clear just how ill-advised it was to ignore nature until the last moment.

A lot of people have already riddled this movie with enough criticisms and hard data that make it seem as though there’s no way that the lone survivor could have made this movie possible, but that’s the great thing about cinema, it doesn’t always have to be stark reality and can draw on facts that some people might admit would be possible given different circumstances. If anything this movie was a testament to how some people just don’t give up and how the human spirit is stronger than the will of just about anything it matches up against at times. It’s easy to say of course, but for some people it’s a truth that inspires a great many people. Dr. Robert Zubrin from The Guardian can give you more detail on how accurate this movie was.

It would seem that a lot of her movies thus far have been given a great deal of criticism, whether it be fair or unfair, and yet it says nothing about her acting talent since she’s been a bright spot in each one of the movies that she’s taken place in at this point. For whatever reason the movies that she’s starred in have been given a lot of flak for one thing or another, largely because every other audience member seems to think that they’re a critic and that their words are sacrosanct when it comes to describing just what they did and didn’t like about a movie. But as far as thinking that the character of Jasmine was anything but great in this movie one should probably hit the mute button on the critics and just enjoy the experience.

She’s good at what she does, and she’s got plenty of time to get even better.