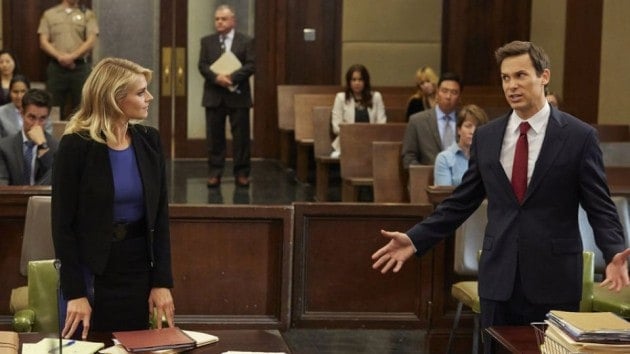 With “Rights & Wrongs”, it’s clear Benched is really beginning to find its stride. Not only is the episode able to tell an entertaining story about Nina and Trent’s relationship, it catalyzes a moment of growth for Nina personally, which pays huge dividends in her professional life – and in turn, brings a new level of emotion previous episodes really weren’t concerned with. It does so by drawing parallels in the oddest of places: Carlos and Nina, two people who find themselves in the midst of a snowballing identity crisis.

What begins innocently with some light courtroom shenanigans is quickly given a lot of weight: as the onion of “Rights & Wrongs” unfolds, it’s revealed that Carlos’ wife has filed for divorce. For someone as upbeat in the face of darkness as Carlos, it’s a moment that exists to manifest the existential dilemma at the heart of Nina’s story – both drawing them together in terms of the episode’s narrative, and in forging the show’s first real emotional bond – while Nina and Phil’s flirting is entertaining, “Right & Wrongs” strikes gold when Carlos begins to reflect Nina’s cynicism about the job and the system.

Initially, “Rights & Wrongs” posits itself as a straight Nina vs. Trent throw down, dredging up a competitive nature between the two of them that probably played a large role in their previous relationship. However, as important as their story is to the core of the episode (with Nina slowly beginning to let go of the anger she harbors towards Trent), the strongest component of “Rights & Wrongs” is when Carlos’ life becomes a mirror of Nina’s, and she watches his happy, chamise-wearing facade fade throughout the episode into the angry, cursing man walking out of the courtroom after his client gets arrested for public intoxication. Suddenly, he becomes Nina’s nightmare: what does one do when they’ve failed in their professional life, the only thing they had left after their personal lives fell apart (often because of said careers)?

And the two meet on the roof, where it’s revealed Carlos just snuck out for a cigarette, not jump off the roof like a certain former public defender. “This is just average”, he tells Nina – and in that moment, Carlos’ true strength of character is revealed. He may appear to be a pushover, but in a way, he’s achieved a level of inner peace others like Nina have not: it’s why she can’t let go of what Trent did, which in turn drove her to push every single case between them to trial. Carlos is able to roll with any punch, even if it comes with being humiliated in court and dumped by his wife: sure, it may always drive him back to smoking cigarettes, but that’s the “etc, etc” part of his “you’ve just so much to live for, etc. etc.” ‘speech’ to Nina when she steps towards the ledge. Life is often terrible – and the only way to deal with is to go with it, not try to resist it and prove your dominance over the forces of fate, nature, and other human beings… because you’re going to fail, and that will just make you more miserable in the end.

That important life lesson is something that “Rights & Wrongs” holds onto right through its final scene, when Nina awards the office with office supplies she negotiated out of Trent. Suddenly, she finds herself opening up to the people around her, a true sign that she’s finally healing from what happened to her – and more importantly, learning from it, and realizing that sometimes, winning alone is no victory at all. She was only able to get to the negotiating table with the help of those around her in the office (and some not-so-gentle nudging from Judge Nelson, who makes a triumphant return in this episode) – and even though she didn’t technically “win” the case, she both recognizes the value of her personal victory and the support of those around her to achieve it. She’s reluctant to this, of course (just look at her face when Cheryl and Carlos hug her) – but regardless, that act represents a huge moment of growth for her character, a fantastic capper to a strong half-hour.

Sure, “Rights & Wrongs” benefits from the presence of all its regulars for the first time in a few weeks – and yes, there’s no arguing the show is awkwardly using clients for character development, without making said clients characters themselves in any way (even in a one-noted kind of way; this week’s client says all of four words). However, none of these things can overshadow the strong central plot of this week’s episode, and how well “Rights & Wrongs” brings emotional resonance to those primary conflicts. Halfway through its first season, it looks like Benched is starting to hit a nice groove. 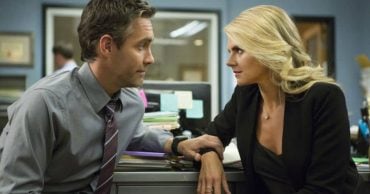 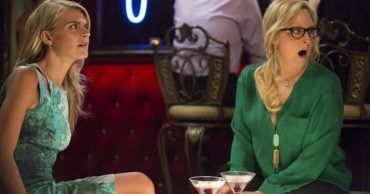 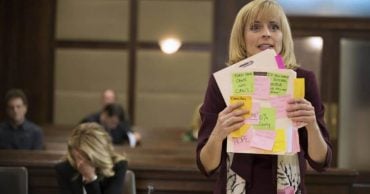 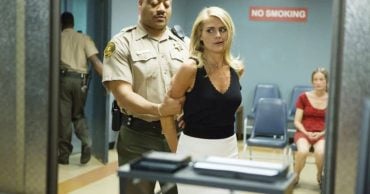 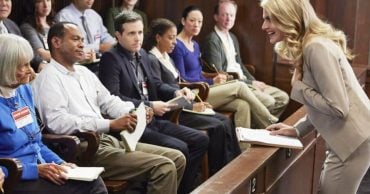 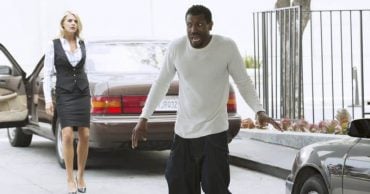