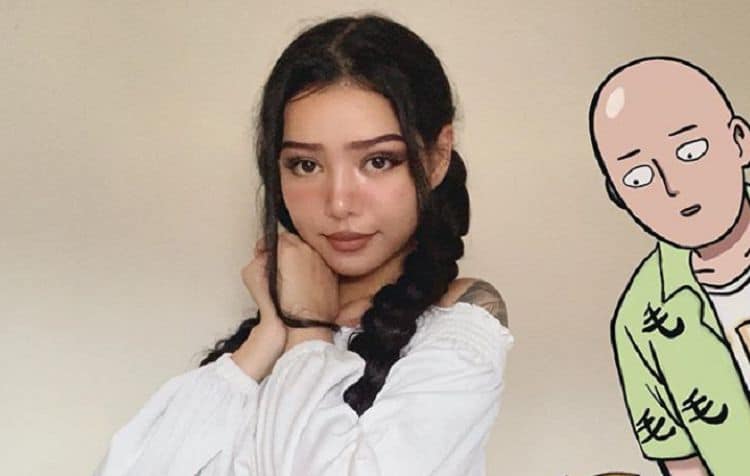 Over the last 10 years, social media has gone from being perceived as a way to simply keep in touch with people to an opportunity to become a celebrity. Long gone are the days when only people in the entertainment industry could command massive followings. This shift in social media culture has been beneficial to many young influencers including Bella Poarch. Bella has become very well-known for her massive TikTok following that includes more than 25 million people. She has become popular for a wide variety of content, but at this point, she could post almost anything and people would love it.  Keep reading for 10 things you didn’t know about Bella Poarch.

There is sometimes a belief that social media influencers don’t have anything else going for themselves. That certainly isn’t the case for Bella Poarch, though. Before becoming a huge social media sensation, Bella was in the United States Navy where she served for three years. Bella is very proud of the time she dedicated to the country.

2. She Had A Controversial Tattoo

In September 2020, Bella caught a lot of flack when it was revealed that she had a a tattoo of a Japanese rising sun. This symbol is seen as very offensive in Korean culture. Bella insists that she didn’t know about the tattoos history when she got it done and apologized for not doing her research. In a tweet, she revealed that she planned to get the tattoo removed.

3. She Has Filipino Roots

Although Bella was raised in the United States, she comes from a Filipino family and she is very proud of her roots. When the drama surrounding her tattoo eventually turned into people making derogatory comments about Filipino people as a whole, she quickly stood up for her culture.

With TikTok’s future still uncertain, lots of the apps influencers are trying to build up their following on other platforms. Bella is definitely casting a wide net and she recently started a YouTube channel. Even though she hasn’t uploaded any content, she already has over 85,000 subscribers.

Making funny faces for millions of people isn’t Bella’s only idea of a good time. She also loves to play video games and is very into Fortnite. She has created an account on Twitch but hasn’t made any videos at the moment. All of her game loving followers are excited to see what kind of gamer content she decides to create.

Bella is the kind of person who is always up for an exciting new adventure and traveling has become a way for her to fulfill that. In fact, liking to visit new places is probably one of the things that drew her to the navy. Bella has been fortunate to get the chance to travel often throughout the years.

7. She Lives In Hawaii

Bella’s love for traveling is somewhat ironic because she lives in a place that most people want to travel to. She is currently living in Hawaii which is where she was stationed during her time in the navy. As you can probably guess, she loves to spend time enjoying the natural beauty of the area and hanging out at the beach. It’s unclear where she’s originally from.

There are countless people all over the world who face challenges when it comes to their mental health. However, this isn’t something that everyone is willing to be open about. Bella, on the other hand, has expressed on several occasions that she’s dealt with the realities of depression. She’s also shared that she has been diagnosed with PTSD.

9. She Said She Doesn’t Get Paid To Create Content

Most people assume that social media influencers get paid massive amounts of money just to post on social media, and for a lot of creators that is the case. Surprisingly though, that may not be true for Bella. In June 2020, she revealed that she doesn’t get paid to create content and does it just for fun. Hopefully things have changed since then, because creating high-quality content isn’t an easy task.

Despite having millions of followers and posting content on a regular basis, Bella doesn’t like to share a lot about her personal life. Sure, we know that she was in the navy and that she currently lives in Hawaii, but she seems to prefer to keep her social media presence separate from her daily life.