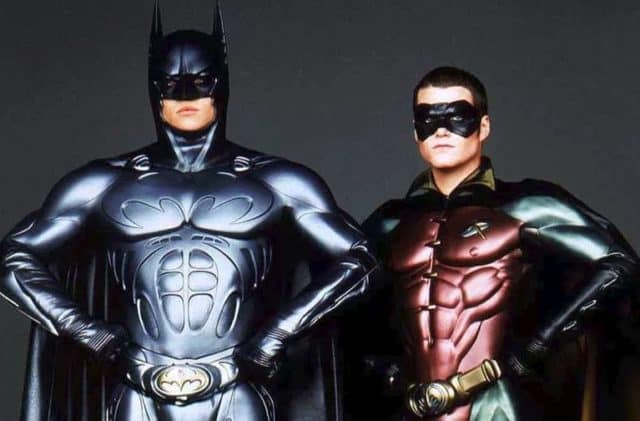 Well this seems like a long time in coming. After so long Batman Forever finally gets the Honest Trailer treatment. So many movies have gotten this at this point that I had to wonder when they were going to start getting to the films that really deserved it. Face it, even if you liked this film, and a lot of people did, it wasn’t really that great. The role of Batman has ruined a couple of careers and come close to doing it to a couple of others. But when we’re talking about the film franchise overall it’s been one step down after another into the sinking mire of the dark, swampy shadows where films tend to go when they’re no longer wanted.

Of course this would come out when The Justice League is just about to be released. Perhaps we had to be reminded of another time when Batman seemed to be heading down a very bad road that eventually lead to his disappearance from the movies for a while. Seriously, this movie was not that great and yet people probably watched it a dozen times or more trying to find a redeeming quality or two that could make them actually fall in love with it so they could justify the time spent staring at the screen.

Unfortunately you’d probably find more redeeming qualities in Batman vs. Superman. Yeah, ouch. Apart from the reality that Val Kilmer’s mouth always seems open throughout the movie and that Tommy Lee looks like half a chewed-up Starburst, Jim Carrey kind of stole the show like he always does and Robin doing laundry Kung Fu was just a really unnecessary shot that was thrown in to make Chris O’Donnell look cool. Granted, I’d love to be able to do my own laundry like that without knocking anyone out or slipping and hurting myself, but in the film it was just kind of like, “What? Okay….sure.”

That’s not to mention the fact that Doctor Chase Meridian, what a name, seems to be harboring a little bit of repressed sexual energy that she seems to want to unleash on Batman time and time again. If you’ve ever seen Batman nonplussed before it was probably nothing when compared to these moments. He really looked like he was considering abandoning the fight at one point when she said “My place”. Man, even Catwoman wasn’t quite that forward.

All in all this film was kind of over the top in a way that sent it careening over the other side and rocketing straight for the bottom yet again. They tried to put way too much in and wound up overwhelming people with what was dubbed a family film and an improvement by some. So yes, Batman Returns wasn’t that great and got a little too campy, but Keaton at least knew how to jump from sane to crazy and back again without much trouble. Kilmer, despite the fact that I think he’s still a decent actor, showed almost no real emotion during this entire film.

It’s not THE worst, but it’s right at that mark.