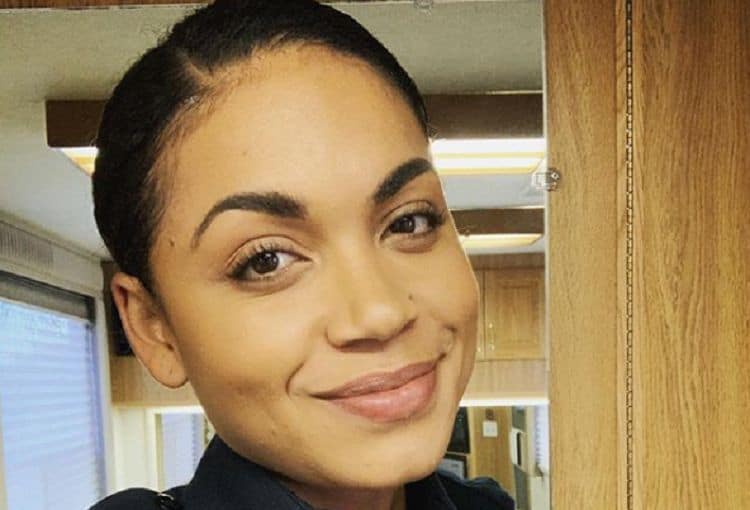 At only thirty years old, Barrett Doss has accomplished what most of her peers only dream of; the actress has a Theater World Award after a spectacular performance as Rita Hanson in “Groundhog Day.” She is now mostly known for her role as Victoria in “Station 19.” She was so absorbed by her character in the series that she read a female firefighter manual, yet she is sure that had she not become an actress, then she would be an interior designer. Here is more about Barrett.

1. Her debut in Broadway was through an understudy role

At one point, Barrett was not sure acting was in the cards for her after having many auditions that yielded to nothing. However, after landing so many roles in plays such as “Good People” and “Burning,” among many more, she made her debut in Broadway through a comedy titled “You Can’t Take It With You.” She was an understudy for various roles and got the job within 72 hours of auditioning.

2. She fell in love with acting on her first stage musical

Falling in love at first sight does not necessarily have to apply to romantic relationships, as Barrett’s theatrical experience reveals. She had been involved in musical theaters since she was a child, but it is not until she was in middle school that she realized it was her calling. She auditioned for a stage musical, and Barrett was excited to see how acting enables one to embody another person while on stage. That was all it took for her to start taking musical theater seriously, and while at the New York University, she studied musical theater for a year.

3. She planned on becoming a cheesemonger

Despite planning on a future as an actor during her college days, by the time she graduated, her hopes had been dashed. Therefore she gave up on acting and decided to make money as a cheesemonger. According to Broadway Style Guide, Barrett booked a plane ticket to San Francisco to go with her college boyfriend and start working in a gourmet supermarket. Luckily, she got a call from a playwright requesting her to talk to a play director; thus, her acting career stayed on track.

4. She withdrew from auditioning for “Groundhog Day.”

Barrett was set on being in “Groundhog Day” so she auditioned for the part of Nancy. However, the casting directors felt she deserved the lead role of Rita, so they called her back. Unfortunately, the schedule conflicted with her first recurring role on television on “Iron Fist.” Barrett consequently thought it best to pursue her television career instead of a Broadway show, thus withdrew herself. It worked out for the best in the end because she got to be in the final callbacks and landed the lead role.

5. The person who inspired her to take acting professionally

Barrett enjoyed the theater, and musical theater was her life, but she never envisioned it as her future career. However, when she met Janet Louer, a Chicago-based private acting coach, Barrett felt that her dream of becoming a swimmer might have to change and instead become a professional actor. Janet pushed Barrett to get out of her comfort zone, knowing fully well that the actress was capable of so much more. Although Barrett did not keep in touch with Janet, she still hoped to invite her to see “Groundhog Day.”

6. She comes from a non-traditional family

When she was born, Barrett was in a traditional family setting like most of us. However, at the age of six, when her mother came out, she had to live with two mums as her mother lived with her new partner, Veronica. Barrett’s father relocated and remarried, and now the actress has three half-siblings.

7. She wanted to be a swimmer

“Station 19” demands a lot of physical activity, and you would be surprised to learn that when they are putting on the gear, Barrett is always the fastest. She credits her speed to her athletic past. As a child, Barrett was involved in various sports, including soccer, volleyball, and basketball; she especially loved basketball because her mother was a professional player. The actress also took up swimming competitively for eight years, and she was determined to be a professional swimmer upon growing up.

8. How her parents have influenced her

Barrett cites her mother as her hero since she always believed in Barrett the most and was there to provide a shoulder to lean on when times were hard. While her mother instilled in Barrett so much faith, the confidence she has comes from her father. According to HuffPost, it is her father who showed her that she could be anything she set her mind to and taught her to be comfortable in her own skin.

9. She had an identity crisis growing up

Being biracial can have you wondering where you belong; the blacks think you are white while the whites take you as a black. Barrett, unfortunately, had to endure with the identity crisis since her mother is Caucasian while her father is an African-American. That was not the least of her problems; her mother came out when Barrett was six years old, and at the time, Barrett did not know what it meant. It is only later that when a girl threatened to say that Barrett’s mother is gay that Barrett wondered if it is wrong. The actress began having insecurities, questioning if boys were not attracted to her based on her mother’s sexuality, or perhaps it was the reason some people did not want to be friends with her.

Just like Martin Luther King, Barrett has a dream but has is not about liberating the black people; she wants to be a recording artist someday. Although she also wants to use her creativity to compose music, she is not interested in playing any instruments. She also hopes that the music she has worked on for most of her life will be put to good use through the role of Cathy Hiatt in “The Last Five Years.” Barrett agrees that some people may not like Cathy as a black woman, but she aspires to get the part before she advances in age.