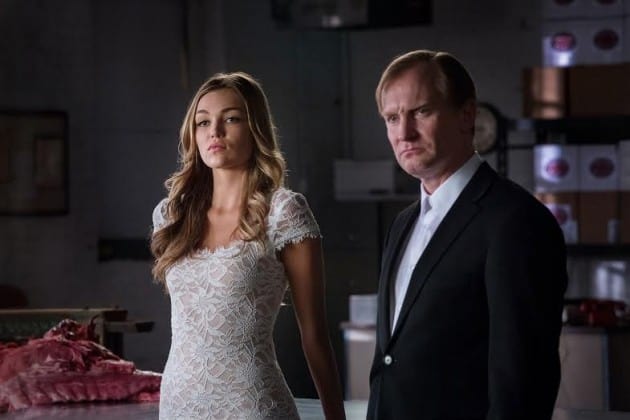 There’s no show on television more confident in pulling the trigger than Banshee – and I mean that in every sense of the word. “Snakes and Whatnot” is another fine example of this, springing conflict – and a surprising new friendship – from every possible corner of its world, from Proctor’s family issues, to the Big Job everyone’s planning (with Job) and Chayton’s self-proclaimed war. At times, this comes at the cost a bit of smaller moments and characters; however, most of “Snakes and Whatnot” is Banshee doing what Banshee does best: splattering blood, showing a little skin, and refusing to let its foot of the gas pedal, even for a moment.

Similar to Hannibal (though the two shows take a very, very different approach), Banshee is a show that operates as a fever dream; that is, it uses visual language to rip and poke at the fabric of its own reality, allowing it to magnify its drama in the process. Where Hannibal does it with intricate symbolism and arresting, unsettling images, Banshee does so with an unhinged approach to editing sound and image, creating a distorted, heightened form of expression. It makes even the smallest emotional moments feel like mind-numbing grenade explosions; when characters come face to face with the horrible truths within themselves, as characters like Hood and Gordon often do, Banshee begins to fracture, relying on unstable camera shots, quick cuts, and distorted audio, creating the illusion of the show’s version of an anxiety attack (which comes with more punching and less nervous sweating than it does in our reality).

That visual approach makes some of the show’s less-developed stories (like Gordon’s wheel-spinning story; seriously, guy hasn’t changed since the beginning of season two) still feel relevant; in better stories, like Rebecca learning the limitations of her power or Nola flashing back to whatever happened to her with Chayton and an ominous-looking needle, it heightens them, giving them the hyperactive, trashy noir-ish feel Banshee mastered during its terrific second season. Those touches are sprinkled all throughout “Snakes and Whatnot” – even the show’s climatic moment (and one of its less effective, even considering how evocatively it was shot by director Loni Peristere), which overlays Chayton doing some weird, naked ritual threesome thing in his tent (I love how Nola chides him for his tent, by the way) with Rebecca being attacked by Chayton’s men, something that doesn’t end well, because well, Burton exists.

There are small pockets of “Snakes and Whatnot” that aren’t in position to benefit from the awesome direction and consistently impressive (and increasingly cinematic) acts of violence on the show; Gordon’s still stuck on a hamster wheel as a character, and Deva’s single scene in the episode doesn’t do much for the character, especially because it’s really a disguise for the episode’s mysterious closing moment, a coda that feels ripped straight out of a great pulp novel. On a show operating on pure, unbridled fire like Banshee does, it can often make their quieter, more reflective moments a little less engaging; however, Nola and Ana having lunch together stands as a counterexample to that, once Nola’s done beating down the same guy Ana beat down last week, of course (if that becomes a running gag ala Hood shaking his head at the mention of a government acronym, I’m all for it).

Nola and Ana represent an interesting new angle for Banshee to explore – and beyond the obvious physical appeal (like Banshee needs any more of that; to call it the sexiest show on TV would not be an exaggeration) that brings in those Cinemax audiences. Nola and Ana are the two strongest women in this world, a counterexample (or possible end game) to Rebecca, who exudes power she can’t actually back up without the help of irrationally-used guns; their friendship brings a whole new shared energy to the Banshee universe, one I can’t wait to see open up new doors for their respective characters.

I can’t say enough how refreshing it is to watch a show that’s not married to a single conflict, or feels it is coy enough to effectively delay the loudest, most dramatically satisfying moments. Banshee is able to deliver character and conflict so concisely, it can have a lot of narrative balls in the air at the same time, all maintaining relatively the same amount of momentum with each passing hour, even when new conflicts spring up mid-season. Season one often struggled to find this balance (especially between the big story of Rabbit’s manhunt and the smaller stories in Banshee), but season two showed some promise with Chayton 1.0 and the FBI agent who spent his career chasing Rabbit, two story lines that didn’t last long, but showed Banshee‘s ability to build and resolve without ever slowing down. Two episodes into season three, it appears they’ve honed that skill to near-perfection. 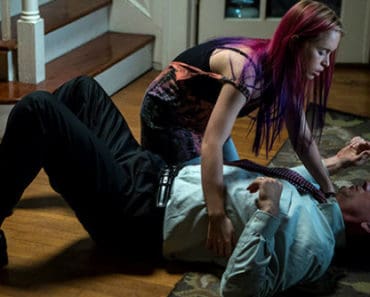 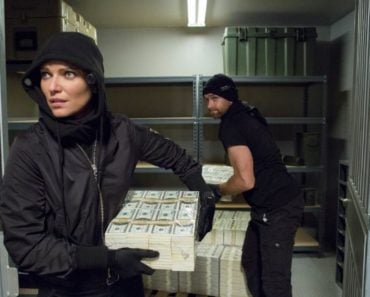 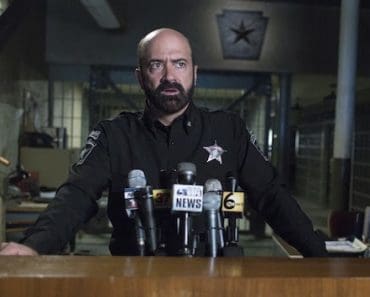 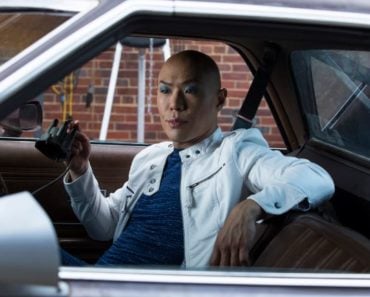 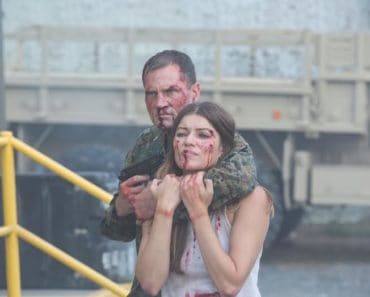 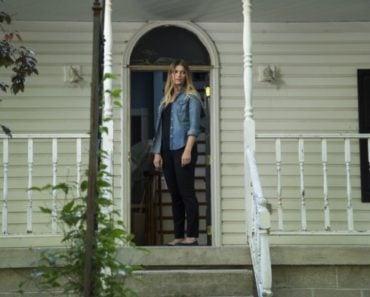