Home
Television
Banshee
With “Requiem”, Banshee sticks the landing and goes out in style 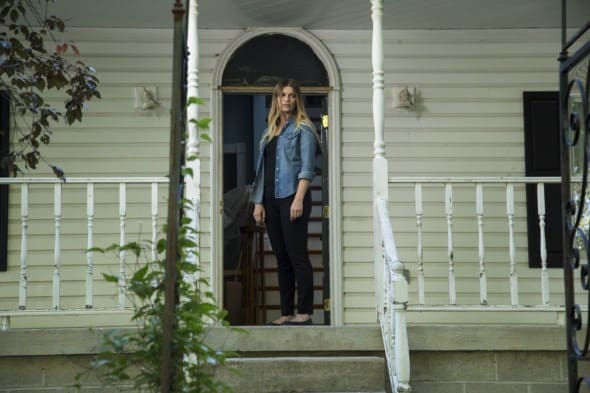 There aren’t a lot of series finales that feel true to the series before them; in the pursuit of delivering a dramatic, powerful episode that makes A Point, shows often lose their identities in trying to wrap themselves around larger truths, ideas, or conflicts. Maintaining that sense of self while saying goodbye in memorable fashion puts an incredible strain on the creative process of making a finale: it’s why so many series finales often feel lesser than the shows preceding them, even though they reach for larger, inclusive truths and conclusions. “Requiem”, Banshee‘s terrific series finale, surprisingly does something much of the season before it had forgotten; in its last hour, it becomes itself again, bringing the series full circle in a handful of powerful ways, delivering as satisfying a finale as it could out of the smoldering remains of this uneven season.

With Declan six feet in the ground (or so, we only can hope) and the serial killer story finally behind us, “Requiem” is a tightrope walk between the instantaneous, dramatic momentum of scenes like Proctor and Carrie’s final showdown, and the deeply personal, reflective moments of Hood saying farewell to everyone and everything in Banshee. Most of Banshee‘s run has been a master class in catalyzing tension seemingly out of nowhere: “Requiem” is no different, immediately accelerating blood pressures when Proctor and Burton walk outside to be greeted by Calvin and a few dozen angry Brotherhood members. However, Banshee‘s also been quite good at power plays (remember Proctor blowing up the mayor?) and mic drop moments (the end of “Tribal”, for example), and then Senator Mitchell comes out, giving us just a taste of how much larger Banshee’s world has become in the two years we’ve been away.

Mitchell’s sudden significance almost gives “Requiem” a scope a series finale couldn’t handle; but it’s only a few scenes before all of Proctor’s drugs are blown up and the cartel’s men lay slain on the ground, grounding the story almost as soon as it takes off. And then, of course, Proctor’s cartel issues become small potatoes when Banshee drops the most simultaneously frustrating and satisfying moment of the finale: the reveal of Burton as Rebecca’s killer, bringing the slow-burning fued between them in early seasons to a head in frightening fashion. Is it a little disappointing that Burton turns out to be a killer? Maybe a little, but it’s certainly no more disappointing than how pointless the serial killer plot line turned out to be in the final season, reducing Dawson’s role to nothing but extraneous noise, while the person many Banshee fans (not including myself) expected from the beginning killed revealed as the bad man after all.  There’s certainly been hints of their feud coming to a head, with Proctor constantly being distracted by her often-misguided attempts to advance her own legacy, and it’s still disappointing to see Banshee end Rebecca’s character in such a fashion. But, in reality, there was really no other way for this story to conclude with any meaning, unless it was Burton: it not only gives impetus for one last great Banshee throw down (well, second to last – we’ll get to that) between Hood and Burton, but brings the Ozymandias-like construction of Proctor’s empire to a bloody end, until Proctor has to put Burton down in the cruelest (and yet, most touching) rendition of A Mice and Men you’ve ever seen… RIP Burton, you sick, efficient, twisted motherf***ker.

From there, Banshee slams on the gas pedal and breezes through any number of satisfying, surprisingly optimistic scene, with Hood saying his farewells… until Maggie walks back on screen (who?), kissing Bunker right in time for Calvin to see it. We all knew where this story was going from episode one – but for a scene that feels inevitable, boy do Chris Coy and Tom Pelphry sell the everloving s**t out of it as their final confrontation, the many deeply Biblical brotherly issues they had coming to a devastating head. Calvin reveals that Bunker was the one to bring Calvin into the Brotherhood, and then all hell breaks loose as they John Woo action scene each other all over Maggie’s backyard. Calvin goes out in predictably Banshee style, bleeding out of every orifice and still standing (a nice parallel to Burton; the crazed man whose “vision” exceeds his own sanity), bringing a story line that was full of unsatisfying moments, to an unexpectedly meaning end.

Once the big set pieces of the episode are out of the way, Banshee dedicates its final 15 minutes to a massive, unexpected victory lap for Hood and every one of the remaining survivors. Deva’s going to college (“I’ll probably last about three months”), Bunker and Brock build a bond strong enough for a spin-off, and Job tells Banshee to “suck his tit”; as self-serving as these final moments are, there’s no better way to see a troubled final season of Banshee to end than with a round of hugs and farewells. The sense of finality Banshee brings in these moments are muted in the classic Western fashion: there are victories and regrets, and too many dead bodies to walk over for anyone to stick around anymore, the worn, dirty and swollen faces of the Hoodlums taking a weary last look at the past, and letting it go. When Sugar’s getting out from behind the bar, you know things are coming to an end – and although we were all waiting for the hammer to drop one last time on Hood in the final moments, he goes out like a true Western protagonist does, leaving on the horse he rode in on into the mysterious world, once again anonymous and alone.

In the end, Banshee doesn’t quite come to the brutal conclusion we might expect: Burton and Calvin have their bloody deaths (and Proctor’s empire goes boom in any number of ways), but all of the remaining Hoodlums make it out alive in this episode. Proctor goes down like the Amish Scarface he always was, trying to gain power in a world that never tried to understand or accommodate him in any way (with a f**king tommy gun, I might add), but everyone else fades into the shadows much quieter than they all arrived back in the show’s pilot (which I wrote about four long years ago). And yet, it feels like a fitting end for Banshee, ending with the same twisted sense of hope Lucas Hood was filled with when he became the man he did four years ago; there’s always a chance one can find light, and even peace, among the ghosts and shadows of the darkness inside ourselves. To be consumed by tragedy is to be doomed; and after fighting, bleeding, crying, growing a depression beard, sweating, and more bleeding these characters have done, they’re finally able to let go (in a way, mirroring the LOST finale, which I will forever defend to my death).

And as Sugar pours one last drink of whiskey and takes down his boxing headlines, Banshee puts an emotionally satisfying stamp on a troubling season, with a finale that is a stark reminder of what this series has done so well for so long, in the face of some very difficult-to-reconcile decisions made in the final season. Again, the theme of letting go plays an important role in the construction of “Requiem”: finally able to move beyond the serial killer story consuming this final season, Banshee‘s able to catch its breath just enough in this final hour to deliver on any number of stories it teased throughout the first three episodes, even if some of them don’t quite come to a head with the deeper impact Banshee‘s been known for (like how Proctor won that damn election!!! We’ll never know!). With “Requiem”, Banshee doesn’t go out like the funeral procession its title suggests it would: but it’s that final twist of optimism that seals everything neatly into place, a final hour that is more than a fitting farewell to a memorable series. Thank you for the blood, the tears, the skin, and the sweat, Banshee.

Banshee’s wildly satisfying finale comes with all the tears, explosions, revelations, and farewells we could’ve ever asked for.