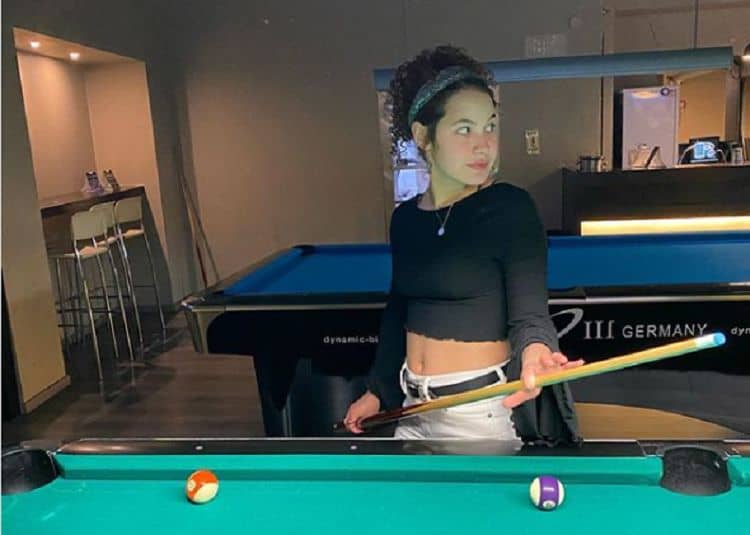 Aviv Buchler is an Israeli actress who is most known because of her role on the Netflix hit Greenhouse Academy.  However, since she’s relatively new to the scene and her star is rising, people are getting curious about her.  As such here are 10 things that you may or may not have known about Aviv Buchler:

Buchler comes from Israel. Something that is perhaps unsurprising for people who recognize her personal name as a Hebrew name that can be used for both sexes. For those who are curious, Aviv refers to a period during the growth of grain when the seeds have managed to reach their full size but haven’t managed to dry yet. As a result, it lent its name to a month in the Hebrew calendar, which in turn, went on to see it turn into a term for the season of spring.

Since she was born in 2000, Buchler would be considered a member of Generation Z. Generally speaking, this means people born in the late 1990s and early 2000s, meaning that they have grown up with the widespread use of digital technologies that wasn’t possible for previous generations. Currently, there is a fair amount of debate over the exact cutoff point for the end of Generation Z. Furthermore, there is considerable competition for the honor of coming up with the most popular name for the generation that will follow it.

Astrology-wise, Buchler is a Pisces, which should be recognizable to most people as the astrological sign represented by a pair of fish. Sometimes, the pair of fish is thought to be Venus and her son Cupid fleeing from the monster Typhon in the form of fish. Other times, the pair of fish is thought to be the fish that brought the egg from which Venus hatched to the sea shore, which is a variation on the goddess’s more common creation myth. Trait-wise, Pisces are supposed to be compassionate, easy-going people who get along very well with other people thanks to their excellent sense of empathy.

4. Is a Metal Dragon

Some people might be curious about Chinese astrology as well. In that case, Buchler was born in the Year of the Dragon. To be exact, she was born in the Year of the Metal Dragon because while most people will be more familiar with the cycle of 12 years represented by 12 animals, the full cycle consists of 60 years with 12 animals as well as 5 elements. All Dragons are supposed to be strong-willed, but Metal Dragons are particularly known for it even among other Dragons.

5. Has Been to France

Perhaps unsurprisingly, Buchler is pretty well-traveled. For instance, she has been to the commune of Tignes, which can be found in the French Alps. It is the terrain that provides Tignes with its best-known characteristic, seeing as how it has an excellent reputation for skiing. In fact, it was the venue for freestyle skiing for the Winter Olympics in 1992.

6. Has Been to Poland

Speaking of which, Buchler has been to Poland as well. It is interesting to note that the tourism sector has taken off in said country ever since it joined the European Union in 2004, which makes sense because Poland can offer interested individuals a wide range of attractions. For example, the Polish landscape provides plenty of opportunities for physical activities such as skiing, sailing, and mountain climbing. Likewise, Poland has a rich culture that can offer much of interest for tourists as well.

7. Has Been to Thailand

On top of this, Buchler has been to Thailand. From a historical perspective, it is interesting to note that Thailand was the one part of Southeast Asia that managed to avoid direct western rule, though that isn’t the same as saying that it managed to avoid said perils altogether. In part, this was thanks to its own efforts to modernize. However, it should also be mentioned that the relevant European powers found it useful as a buffer state between their territories in the region, which played an important role in Thailand managing to retain its independence.

Besides Greenhouse Academy, Buchler was in The Eight, which was an Israeli production. Essentially, it was about a group of teenagers who discovered a super power that was supposedly capable of changing much about the world.

Having said that, there can be no doubt about the fact that Buchler is best-known in the English-speaking world for playing Emma on Greenhouse Academy. For those who are curious, Greenhouse Academy is based on an Israeli show called The Greenhouse that proved to be popular enough for it to be adapted for a more international audience once the rights had been sold off. For those who are curious, Greenhouse Academy is a drama aimed at tweens, so it should come as no surprise to learn that it is centered on a pair of siblings who have been enrolled at a school meant to educate the leaders of the future. Emma isn’t one of these two characters. Instead, she is a member of the houses used by the boarding school’s system who is caught up in the tangled web of relationships that can be found within it, which is perhaps unsurprising because dramas need drama of one kind or another to sustain them.

So far, Greenhouse Academy has had three seasons. However, people who have been following it since the start will recognize that Buchler has been replaced in her role as Emma by Dana Melanie. Currently, there is no real information available about why the replacement happened, meaning that there is no real way for interested individuals to go about eliminating the potential possibilities so as to determine which of them are more likely and which of them are less likely. However, it is interesting to note that Buchler wasn’t the only cast member who was replaced. Still, such occurrences can happen for a wide range of reasons, meaning that they aren’t particularly uncommon in the grand scheme of things. As such, unless interested individuals come upon further information, there isn’t much point to speculating on it at length for the time being.