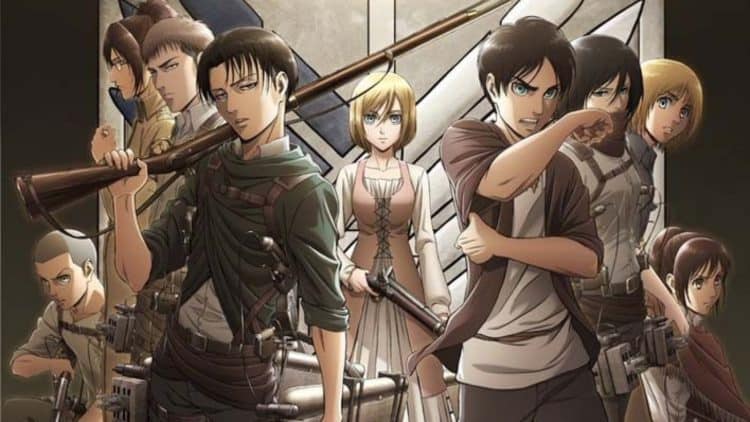 *Spoilers ahead please stop reading if you haven’t caught up with Attack on Titan* I’ve been catching up on the most recent and final season of Attack on Titan and while I had always thought that there was a definitive difference between the Marleyan soldiers like Reiner, Annie, and Bertholdt, and the people of Paradis Island, Attack on  Titan The Final Season has shown me that there aren’t good guys and bad guys. I hate everyone. Except for Armin and Mikasa, of course. The second I think I am beginning to like a character, they go and do something terrible. So what’s the point of the show? Who are we supposed to be rooting for, and why does it feel like that’s always changing?

Okay, so Reiner, inheritor of the Armored Titan, has always been one of the biggest antagonists of the series all the way through the end of Attack on Titan Season 3 where he is nearly killed, but escapes with the Beast Titan, later revealed to be Zeke Jaeger, son of Grisha Jaeger, and half brother to Eren Yeager. Reiner has always been one to hate humanity and originally was sent to Paradis Island to infiltrate the Scout Regiment in order to take back the Founding Titan. He ends up betraying all of his so-called friends and destroys one of the walls keeping Titans at bay from the city. After it was revealed that Reiner Braun was the Armored Titan and the cause of all of this senseless destruction, he became one of the most hated characters in the series. At the beginning of Attack on Titan The Final Season, we jump ahead into the midst of a four-year long battle between the Marleyans and Eldians, where we see four young Warriors: Falco, Udo, Zofia, and Gabi, each of these Warriors are set to inherit one of the Titans. It turns out that Gabi is related to Reiner and is posed to inherit the Armored Titan for herself. However, Reiner is actually humanized quite a bit in this season and it made me sympathize with him, because all he was doing was following orders, and you can tell that he has a lot of regrets about what he’s done. At one point, he even puts a rifle in his mouth with the intent to end his life, because he’s sick of dealing with himself and the war. It seems that Reiner just wants the war to end, but it doesn’t look as though there is any end in sight, but death.

Eren has always been the main protagonist of Attack on  Titan since the very beginning when we watched his mother get eaten by a Titan right in front of his very eyes. Over the years, Eren has had some major character development and even became a Titan himself. I had always liked Eren – I sympathized with him and hurt for him when all of his friends and family were brutally murdered at his side. However, when we get to Attack on Titan The Final Season, it looks like Eren has essentially abandoned his team including his best friends Armin and Mikasa, to infiltrate the Marleyan army and manipulate a young boy named Falco, to send letters to the new Scout Regiment in order to coordinate an attack on Marley. He ends up betraying Falco by convincing him that he is an old friend of Reiner’s and then transforms into the Attack Titan in front of them. He then goes on a brutal rampage destroying most of the Marleyan army present at the theater production that Eren erupted out from under. In doing so, Eren ends up murdering innocent civilians including children without any regard. It was at this point that I realized the point of Attack on Titan.

After all these years of following these characters through thick and thin, betrayal and heartbreak, I’ve come to the conclusion that Attack on Titan means to teach perspective. There is no good or bad. There is no right or wrong. Everything about this series means to teach viewers that it all depends from whose perspective you’re viewing these events. In the beginning, the series was shown from Eren’s young and immature point of view, from Eren’s perspective as a young adult as well as Reiner and Bertholdt in Seasons 2 and 3, and then in Attack on Titan The Final Season, we finally see the events of the series from the perspective of the soldiers and Eldian children of Marley. While each side definitely has their advantages and disadvantages, one thing has been made very clear in Attack on Titan The Final Season…..everyone sucks just the same.