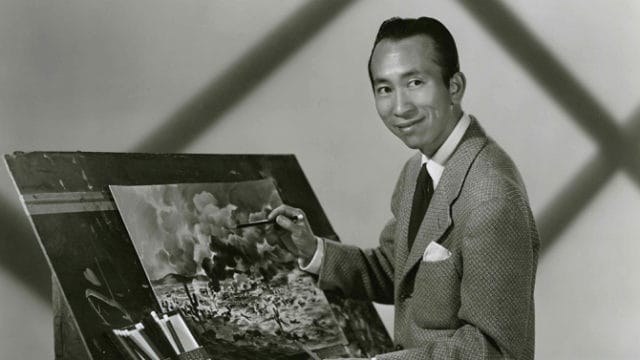 The latest episode of American Masters features Tyrus Wong, who is not well-known to modern Americans but was nonetheless something of a pioneer in American art. After all, he was a Chinese immigrant who came over to the United States in 1919, which was not a welcoming time for people of color.

Who Was Tyrus Wong?

To understand Wong’s background, it is important to understand something of the China of the time. Wong was born in 1910, a couple of years before the Republic of China had replaced Imperial China, which had been plagued by both internal turmoil and external enemies. However, the Republic of China faced serious problems of its own, as shown by the fact that its initial attempt to establish democratic rule collapsed into warlordism because of the general Yuan Shikai’s imperial ambitions.

As a result, it is no wonder that both Wong and his father immigrated to the United States in 1919. At the time, Chinese immigration was restricted because of the Chinese Exclusion Act, which is why the father-son duo made it in as “paper sons,” meaning that they had purchased fraudulent documentation claiming that they were related to Chinese-American citizens. It was not until the 1960s that confessional programs convinced “paper sons” to reveal their true identities, though a lot of “paper sons” are also known to have taken their true identities with them to their graves for fear of being found out.

Regardless, Wong earned a scholarship to the Otis Art Institute while also using his spare time to study at the local library. However, he and his father were not exactly flush with funds at the time, which is why he had to work a number of odd jobs, with examples ranging from being a janitor at his school to picking asparagus and waiting tables. Regardless, Wong’s industriousness saw him graduating from his school with top honors, which enabled him to start pursuing a career in the arts. For a time, Wong was part of what has been called the “Los Angeles Orientalists,” who were Asian-American artists who went on to exert significant influence over the cultural landscape of said region in the 1930s and 1940s. In fact, his art was so notable that it was exhibited along with the art of both Picasso and Matisse in a 1932 exhibition, though unfortunately, the movement of Asian-American artists came to a conclusion with the internment of Japanese-Americans in World War 2.

Later in life, Wong went on to work as an artist in a wide range of roles. For example, Bambi was inspired by his paintings, which in turn, were inspired by the Song Dynasty paintings that he had studied in his youth. Furthermore, Wong went on to design Hallmark greeting cards as well as do the visual concept work for Hollywood movies that included but were not limited to April in Paris, Rebel Without a Cause, and The Wild Bunch. All of Wong’s work was all the more remarkable because at the time, minorities had next-to-no presence in Hollywood whatsoever.

Eventually, Wong retired. However, he continued to create even then, producing numerous kites inspired by animals and then flying them from the beaches of Santa Monica. Ultimately, Wong died in 2016 at the age of 106, having had three daughters through his five decades of marriage to his wife Ruth Ng Kim.