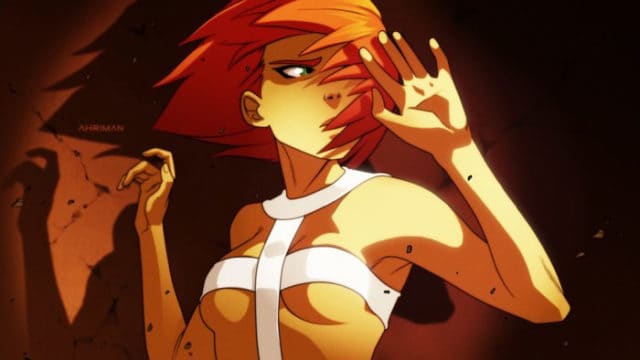 Ever notice how anime tends to make some characters stand out even more than the films they star in did? In this version of the Fifth Element the artist renders the characters in such a great way that you get to thinking a little differently about the movie as opposed to what you might have thought about the live action version. It was action-packed and kind of needed to be but it was also a touching story when you through all the scifi and really got into it. Looking at Leeloo in the top picture you get a little more sense of the perfection that was being thrown about as more of a descriptor of her bodily form than anything and can kind of get a feel for the simplicity and true idealism that went into her character. I don’t know as I would use the term ‘perfect’, but superior would definitely be the term that would spring to mind. 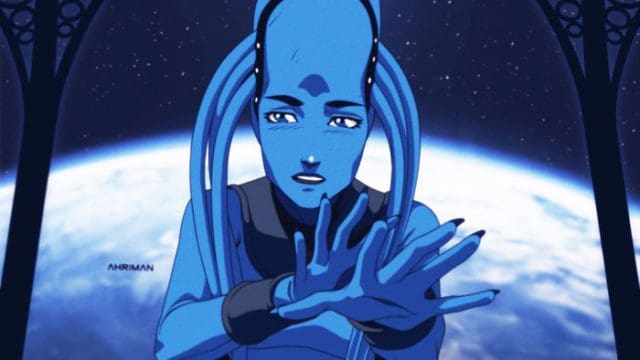 Diva Plavalaguna was something of an oddity that some folks didn’t really get but in truth she’s one of the key players in the story that doesn’t get a lot of play. She’s an opera singer yes, but she’s also a guardian of something far more important. After all she carries the four stones that will stop the ultimate evil from attaining its goal, and her sensitivity to the way things are around her exudes from every pore it would seem as she goes into her song. 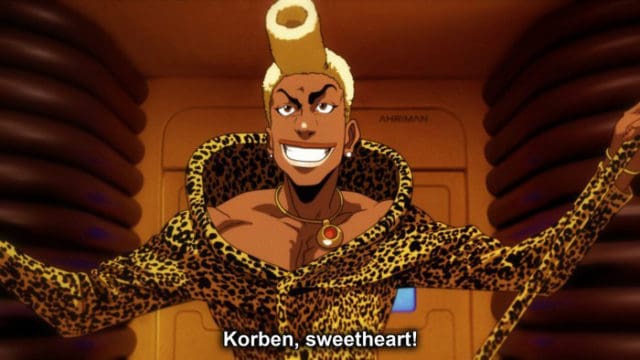 Ruby Rod is that kind of guy that just doesn’t ever seem to shut up until you make him do so by force. He’s so wrapped up in his own persona that the world is a stage for him alone and everyone else is just a player that needs to bend or bow down to his desires. If they don’t then he might throw a tantrum until they do or he might go as quiet as a mouse until the moment comes along that he finally feels that it’s okay to open his mouth again. It was a perfect role for Chris Tucker. 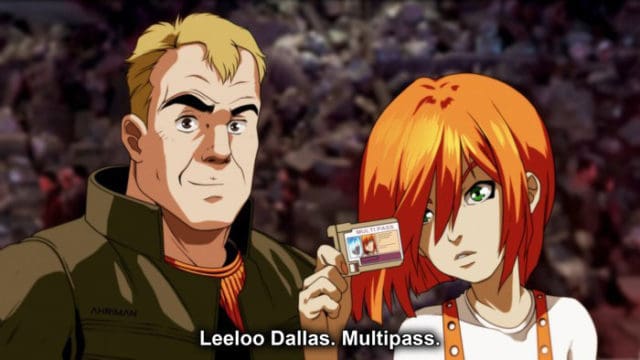 It might sound odd but the character of Corbin Dallas seems old enough to be Leeloo’s father in this image. In the movie they looked closer in age but here it looks kind of creepy really. Of course given that Bruce Willis is likely a bit older than Milla Jovovich it could be the way the artist interpreted it as well. But the scene is rendered perfectly, as is the emotion within it. 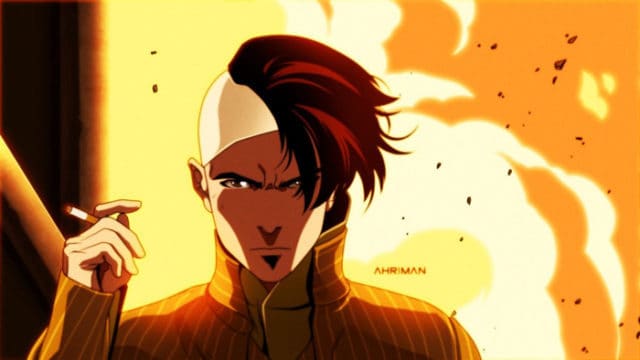 Sometimes live action doesn’t look quite right given the moment it happens. Gary Oldman as Zorg is very sinister but he’s also somewhat comical which kind of takes away from the whole scene. In this picture however you get the idea that Zorg is someone you really don’t want to mess with since he’d burn you to the ground without even the decency of looking at the charred spot where you were standing. 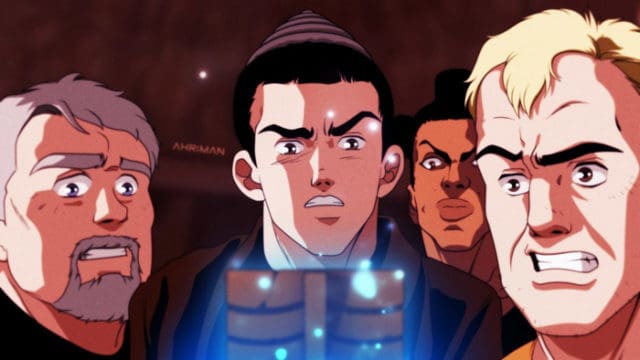 So the priest and his initiate end up looking like they’re both tough as nails in this picture which is kind of funny, but it still conveys the air of urgency that was apparent in the movie, perhaps even more. This artist is definitely on the ball when it comes to recounting the movie through images, but anime at times does tend to exaggerate a few things. Oh well, that’s not a bad thing really.

Images via Art and Movie