Home
Movies
Are We Going to See a Kick-Ass 3? 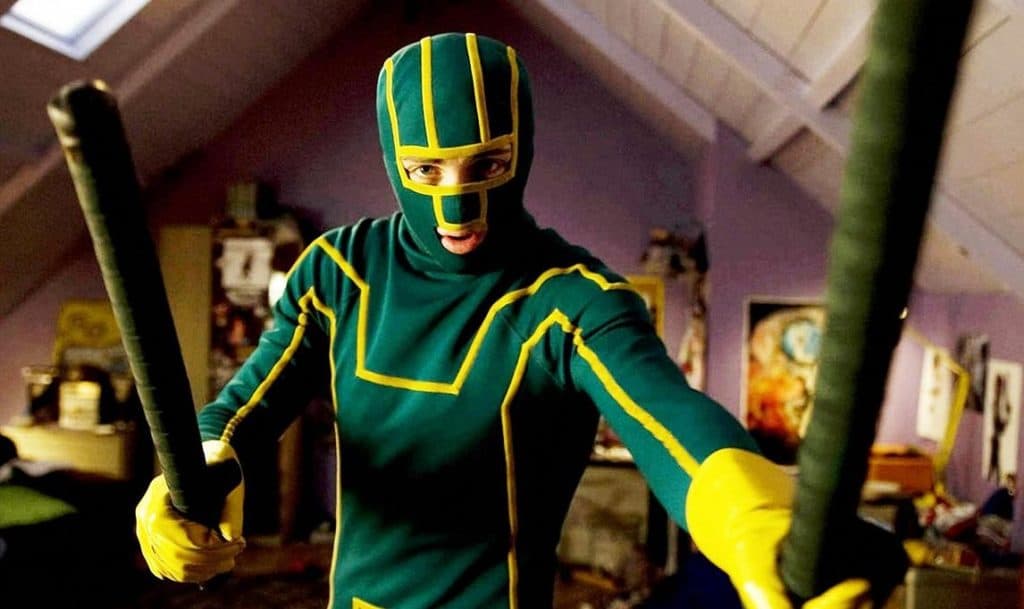 As far as bringing Kick-Ass back for a third movie, it does sound as though more than a few people might like to see this, but Chloe Grace Moretz has made it clear that if she’s going to return as Hit-Girl then the script would need to be perfect and she’d like to see the entire crew come back, or at least some of the core characters. That might be kind of an issue since throughout the two movies that have already been released there are a good number of characters that couldn’t possibly come back given that they’re dead. Aaron Taylor-Johnson and Christopher Mintz-Plasse could come back, but the story would have to be more than a little out of control to really make things work since Chris was mauled by a shark in the final fight with Kick-Ass. The kind of return that would be needed in this instance might give rise to a new kind of supervillain, but the necessary ridiculousness would be a little much to deal with since one can only imagine how Chris would return to the life of a criminal.

The second movie did make it clear that Kick-Ass would still be fighting crime, but Hit-Girl had to leave town since she was wanted for murder. So how all this would come together is anyone’s guess. It’s not too hard to think that a story could be taken from everything that’s happened since Chris’s uncle could escape or be let out of prison and take over, even if this might mean that Chris would be less of a presence in the movie simply because his uncle is even more ruthless than his father was. It would definitely mean that Kick-Ass would have to step his game up in a big way since up to this point he’s been fighting against thugs that aren’t that great in a fight and still finding himself outmatched.

With a bit of added skill and possibly a little more intelligence and experience, it might be shown that Kick-Ass is now a great fighter and a skilled combatant that at least has a basic understanding of battle tactics and how to use his environment. The movies have shown, thus far, that he started out as a kid with an idea to fight crime, but he forgot that he wasn’t a trained fighter and wasn’t intimidating in the least. Perhaps after a few years, he’ll have learned a lot more and managed to upgrade his weapons and his strategies. On the other hand, it does kind of mean that the villains might have gotten a lot worse in that time as well, and the stakes would be a lot higher than ever before. It might also bring into question just how Kick-Ass was surviving since his father was killed, Hit-Girl left town, and unless he had a lot of support from his fellow superheroes it would mean that he was on his own. There are a lot of factors to iron out when it comes to bringing Kick-Ass back to the big screen, but there’s plenty of faith that such things would be simple enough to wade through on the way to making it happen.

To see Hit-Girl return would be kind of cool since seeing what she’s like as an adult, perhaps someone that left the superhero game behind and focused on getting her life straightened out would change her in a very profound way. It’s easy enough to recall the fact that her father brought her up to be a superhero and by the time she was old enough for high school, she knew how to kill a human being in several different ways and could take on fully-grown adults, and win. Hit-Girl would kind of need to come back if only because she’s a part of the story in a way that doesn’t feel dispensable in the least. But bringing her back in does feel like it would require a bit of finesse and perhaps a solid backstory as to what she’s been doing and what brought her back, while Kick-Ass would need one as well, but perhaps not quite as extensive since the general feeling is that he stuck around and continued to fight crime.

It is easy to imagine that Chris might be kept in the loop and even given the means to become a villain again, but the character is such a little weak-kneed weasel that keeping him around for comic relief feels like the best way to go. Besides, the power that he tried to exert in the second movie was a fragile thing, to begin with, and it’s kind of obvious that his uncle has way more pull than he does. So, if it does happen it could be wild and crazy, but it’s also very likely that fans of the movies and the comics expect nothing less.