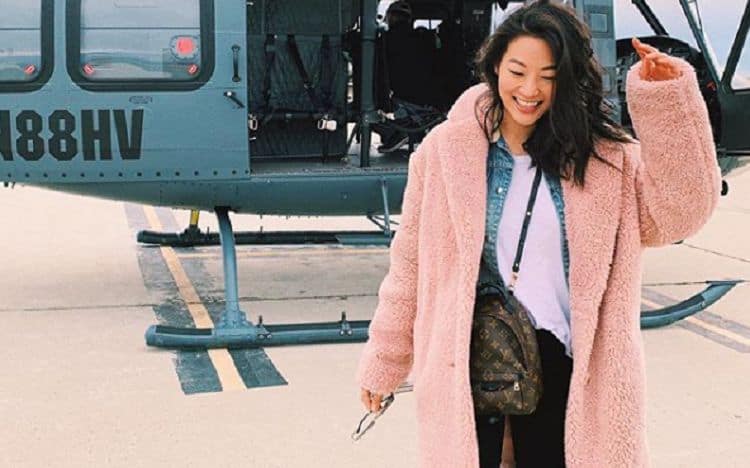 Being a triple threat is a good thing in the public eye. Fortunately for Arden Cho, she’s just that. She’s not just an actress. She’s a singer and a model, too. She has so much work to do, and she never seems to slow down. We’ll figure out when she sleeps later but for now, we want to get to know more about her, how she’s living her life, and what she’s done to get where she is right now. She’s fascinating, and we want to know more.

She was born on August 16, 1985. She certainly doesn’t look like she is about to turn 35, but she is. She’s going to celebrate her birthday this month, though we don’t know what kind of celebrating she will really get to do now that she’s in the middle of a pandemic and all that goes along with that.

3. She Had a Difficult Childhood

Growing up in the area of Texas in which she came from, she was bullied. She was one of a very small number of people who are considered ethnic minorities. She was beat up, she was bullied, harassed, and she was even hospitalized for injuries when other kids hurt her. She went through such bad bullying that she even had two of her teeth knocked out of her mouth.

4. She Moved to Minnesota

When she was a little older, her family moved to Minnesota. She was then able to graduate from high school when she was there, and we certainly hope that her time there was a bit easier than her time in Texas. We don’t know that it was, but we hope it was for her sake.

5. She Was Dreaming of Becoming a Lawyer

As a child, she was going to become a lawyer. She went to college at the University of Illinois at Urbana-Champaign. She was ready to do what she’d always dreamed of doing, but that was when she was introduced to a drama class. It changed her course.

6. She Decided to Act in College

When she was introduced to drama in college, she finally felt a sense of freedom. For the first time in her life, she felt she could be who it was she wanted to be. She could be herself, she could be anyone she wanted to be, and she got to meet more people who are from the same ethnic background as she. This was important to her, and she was finally able to meet herself where she needed to be.

8. She Went on a Mission

Immediately following her college graduation, she made the decision to head to Kenya to live for the summer on a missions trip. She wanted to give back to those who needed it the most, so she spent the entire summer there on a medical trip where she was able to help out and make an impact. We imagine that of all of her accomplishments, this is one that speaks very highly of the kind of person she is, and the kind of woman that she would become. A giver and someone who wants to help.

When she’s not busy in the entertainment field, she’s a woman who was recently given another job title. She’s a CEO. It was announced in 2019 that she was the new CEO of a company called Leonard & Church. It’s a NYC-based watch company that has beautiful products.

Growing up, she was always a Christian. She is big on her faith, and she enjoys her life to the fullest. She is a black belt – her father is a grandmaster, so he helped to teach her how to get to where she is. She’s also an avid poke player, and she’s very good at it.