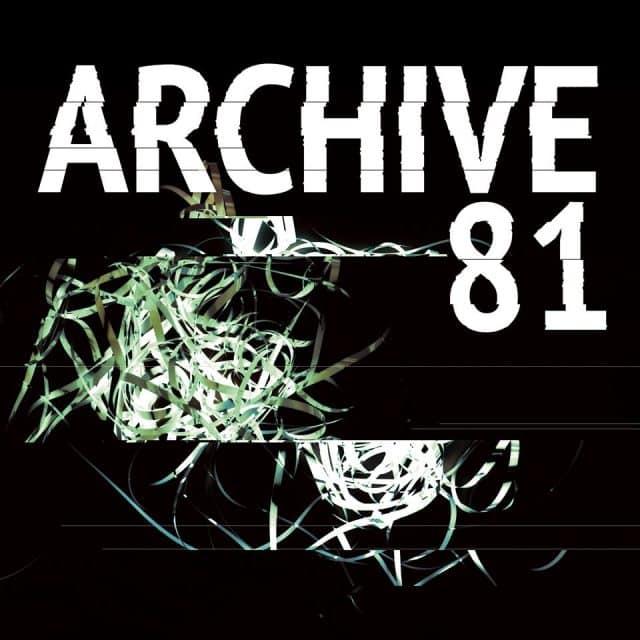 The modern media landscape is ever-changing, and it’s hard to deny the effect that podcasts are having on the lives of millions these days. Providing a way of enjoying media on the go in a busy world, podcasts are carving out a huge niche of their own while permeating our preexisting structures in the process.

One of the more intriguing “genre” of podcasts is the audio drama, calling back to the radio experiences of a time before television. One of my favorites these days is Archive 81, a horror series that tells the story of a young man discovering an unimaginable evil through audio recordings in a found-footage format.

Recently, I had the chance to speak with the creators of the podcast, Daniel Powell and Marc Sollinger, about the series.

TVOvermind: Hey guys! Thanks for speaking with me. Let’s start out by talking a bit about how you got the idea for Archive 81. What were your inspirations?

Daniel Powell: I’ve worked at a sound effects library for the past two years, and one of my jobs is reviewing and listening to all the sound effects that we acquire before they go live to the site. I do this job from home so I’ve spent more time than anyone should alone in my apartment listening to weird noises. That experience, plus a general appreciation for found footage style of horror storytelling were a major inspiration.

Marc Sollinger: For the writing process: dear god, so many things. The genre of horror that Archive 81 operates in is cosmic horror, and there’s a bunch of great writing within that wheelhouse. I’ve got a thousand page short story collection called “Weird Fiction” edited by Jeff and Ann Vandermeer, and that’s been sort of my North Star in this whole process. I’m also a big fan of Laird Barron, Ursula K. Le Guin’s work has helped with Archive 81’s capitalist critique, and the films It Follows and Ex Machina were great for mood. But Archive 81 was shaped by more than just other art, it was inspired by the loneliness of big cities, by the way tape recorders sound, by the way that urban areas transform over time, and by our interest in stories about stories.

What’s the planning process like for the series? How much thought went into the writing before the series began?

Dan: We recorded all the dialogue for the entire season over a couple weekends in January, and we got rough cuts of episodes assembled weeks-to-months in advance before their air date. Also, I look at sound design as more than just post-production, and I usually start gathering assets and sketching out conceptual audio ideas as soon as we start reviewing the first drafts of scripts. I like to keep the actually sounds of the characters and environments in mind as I’m reading the story, so I feel confident about my approach when it comes time to actually edit the episode.

Marc: One of the best decisions we made as producers was to write the entire first season before we started recording our actors. It made everything so much easier. As for the writing, Dan and I bounced ideas off of each other, but the central image of the show, of a solitary protagonist listening to tapes that shatter his soul, has stayed consistent. As we moved from brainstorming to outlining and scriptwriting, the plot shifted a bit, but the mood has been the same throughout.

Do you find the story changing any from what you originally intended?

Dan: I wouldn’t say the storyline is radically different from what we originally envisioned. It’s a pretty natural outgrowth from where it started. The principal idea that drove us from the beginning was the idea of a character alone listening to weird tapes, and that’s stayed pretty consistent.

Without spoiling anything major, what do you envision for the future for the series?

Marc: Well, I’ll try my best not to spoil anything. But we’re currently in pre-production for Season 2, and we can say that it’s going to be great. The show’s world is going to expand, literally. It’s not just going to be “oh, here’s some more tapes about a different apartment building;” the ramifications of the end of Season 1 are going to be fully explored. Bad things are going to happen to Dan, but that’s not a spoiler, bad things always happen to Dan. I’ve been coming back to Italo Calvino as I’ve been writing the scripts, make of that what you will. After Season 2, I don’t imagine that the show will go on forever, but I can definitely see a Season 3 happening.

Are there any other projects that you guys are working on?

Marc: Funny you should ask! In the break between Seasons 1 and 2 of Archive 81, we’re going to release another audio drama called The Deep Vault. It’s a bit of a departure from Archive 81, less horror and more science-fiction. It’s got tooth-filled monsters, servant robots, a mysterious bunker, and so many chase scenes. We’re really excited about it, the show’s going to be a lot of fun. The teaser releases on Wednesday, August 10th, and the first episode drops on Wednesday, August 24th, so subscribe as soon as you can.

I want to thank Dan and Marc for taking the time to speak with me about Archive 81, and I encourage everyone to head over to iTunes and check out the series if you never have. If you want more information on Archive 81, head over to their website. You can also support the creators on Patreon.

The season finale of Archive 81 will be available this week on iTunes. The Deep Vault debuts on August 24. Have you checked out the podcast? Let us know your thoughts in the comments down below!