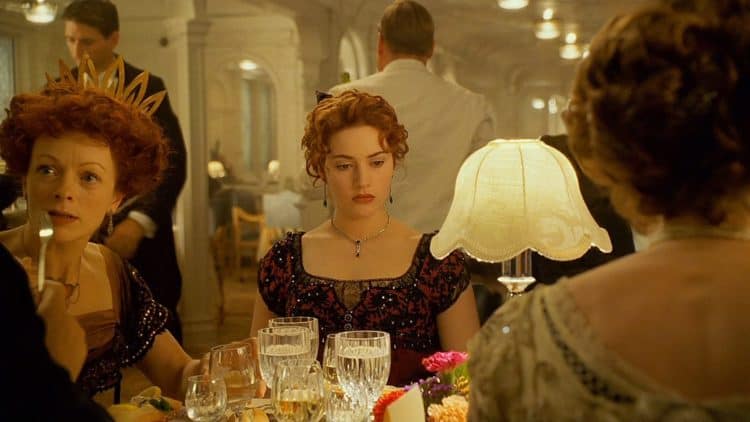 Some actors can do a great deal with just a look and a few words where it takes others a lot more words and a lot more effort. Unfortunately at times those words tend to focus the attention on the actors that are forced to try harder and leave the others in the dust. Frances Fisher has had a long and very successful run in Hollywood and she’s been both the wordy type and the person in the production that doesn’t speak much but can level you with a look. Some of this has to have come from the fact that when she was 15 her mother passed away and she had to take on the responsibilities of not only raising herself since her father was away quite often but raising her brother as well. All this and the task of going to school and indulging in her desire to be an actor, AND moving about constantly thanks to her father’s job was likely a big reason why she has what could only amount to a thousand-yard stare without the full-on PTSD that comes with it. She’s been an engaging actress on the stage, TV, and in films throughout much of her career and has managed to hang in with some of the best in the business and more than pull her weight as her characters have been the type that you either love, hate, or are simply impressed by.

Quite honestly she is a woman that could possibly play just about any role you asked her to within reason and nail it without fault. Her level of talent is such that she’s one of the best that doesn’t get noticed nearly as often, but she’s rarely ever been without a role, if at all. This woman knows how to put in the work, and she knows how to make a role her own.

Ruth is something of a quandary since she loves her daughter but also believes so highly in social status that she in a way pimps her daughter out to Cal, played by Billy Zane, who is one of the worst sort, a gentleman that places little value on women save for their ability to be ladies and to birth children while talking about womanly things. Ruth is a very strong-willed woman but at the same time she’s very weak since she can’t imagine a life without the high society she’s been used to for so long, and Cal is the way to keep that status since marrying her daughter would afford her the kind of life that she craves. In the end however when she believes her daughter to be dead and gone you can see the look in her eyes, the pain, the agony that is buried by the despair that washes over her gaze, and you can honestly feel sorry for her as it becomes evident that life has truly slapped her as hard as it could across the face in its own metaphysical way, reminding her of what was really important that she just lost.

As Junie she doesn’t get a lot of speaking lines or even a lot of screen time but what she does get is the moment here and there that she needs to convey the emotions that are running through her and the others as she sees what’s happening. It’s obvious that since her husband Otto quit the carjacking business that she’s been far happier with the fact that he no longer runs the risk of going to jail, but when Randall comes walking in it’s just as obvious that she’s ready to step up and tell Randall just where he can go with his request. She’s not hostile, just guarded, and well aware of what it means when Randall comes around. When he and Otto go off to talk she’s a bit hesitant but she also doesn’t fight it, as Randall spent a good deal of his time in Otto’s shop back in the day and it’s their time to talk. But when the group is together and about to go out on the heist you can also see the look in her eyes that speaks of the good old days and the thrill that ran through every last one of them when they thought of what was about to happen. That look that says she remembers back in the day is unmistakable since it’s a thrill that none of them can deny, no matter how dire the situation is.

Ah yes, Frances can say more with just a look than a lot of people can with a full monologue, and it’s awesome enough to become a fond memory whenever she displays this amazing ability. Throughout her career she’s been nothing short of magnificent and to think that she’s usually only a supporting actor is kind of bizarre.