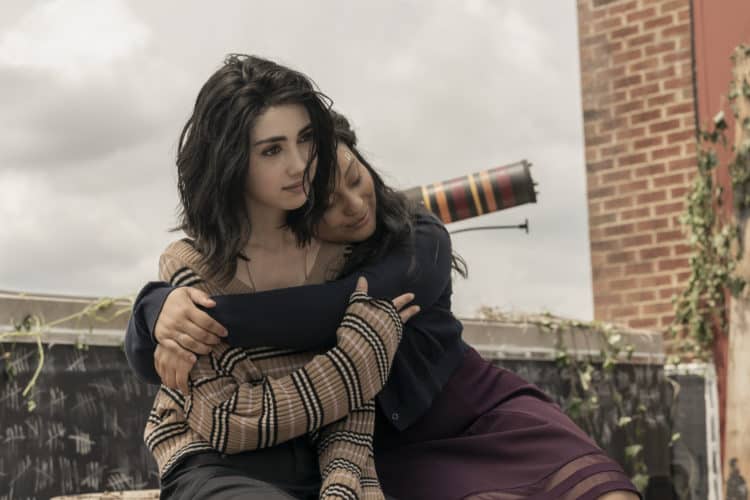 Annet Mahendru had to kind of grow up in a hurry it seems since she was rarely in one place all that long before having to move thanks to her family. But as you can see it’s paid off since she’s gained a wealth of skills and has managed to become her own person as she’s taken on a career that has treated her pretty well so far. As an actress she’s made it clear that she’s here to stay for as long as she can and is skilled enough that her talent should never be in question. She seems to revel in competition and is definitely a person that doesn’t know how to quit most times and will continue forward in the face of adversity. With that in mind she’s also a very broad-minded person that happens to know a little about a lot and a lot about other things. In many ways she’s the average actress but in others she’s in a class of her own.

Obviously she believes in the value of self-defense and staying active as she has reached a level that not everyone can boast but is still modest enough in her skills to have some room for improvement later on down the line.

This is just impressive since speaking two languages can sometimes trip the average person up as they find themselves switching one language to another in mid-sentence. But to be able to master six and keep them all straight is something else.

She moved around pretty frequently as a kid until she finally moved with her father to New York after her parents split when she was 13. At the very least she’s had some sort of constancy in her life since then.

7. She was a competitive cheerleader.

Competitive cheerleading goes a step beyond the regular act of cheering on a team and making sure to get people in the stands in the mood for the game. These are the cheerleaders that sometimes live for what they do and are all about the cheer squad no matter what else is going on in their lives.

6. She had a voice role in Penguins of Madagascar.

She played the role of Eva, the owl from the North Wind, and Kowalski’s love interest. This was a pretty funny part since she had to be serious through a good part of it as well. She did it perfectly however and was one of the best parts of the movie.

She’s been around just long enough to say that she’s a veteran and has seen some stuff. Those years seem to go by so quickly that one has to back up and remember when they first saw or heard of certain actors just so they can remember when they really arrived.

4. She’s guest-starred in a lot of different shows.

Annet has bounced around a few shows during her career and made appearances here and there as many do. It’s interesting to think that at times it almost seems that guest stars are being cast around to see if they’ll fit in or if it’s best to just let them pop in and pop out, sort of a special appearance rather than a fishing expedition to see if they’re a good fit for the program.

3. She has a rather small following on social media.

It’s hard to tell if she really cares all that much about social media because she doesn’t have a huge following but it’s not bare bones either. Some stars don’t really follow social media as a personal rule while some are on it constantly whenever they have the chance. To each their own I suppose. It’s a wonder that any of them ever manage to get on sometimes considering how busy some of their schedules are. But then that’s why some people get hired on, to manage those accounts and make sure they have plenty of followers. It’s another means of exposure after all.

2. She earned a BA in English.

This isn’t something you normally see an actress or actor getting unless they keep it on the down low since most of the time studies in theater, art, and drama are customary to see in an actor’s resume, largely because they’re the classes and majors that really apply to what they’re doing now.

1. She learned the Bharatanatyam.

This is a classical Indian dance that involves elaborate outfits and is usually performed as a solo and only by women. The dance is was originated in Hindu temples and is a very big part of their culture.

She’s definitely got a wealth of skill, and is able to use it as needed.