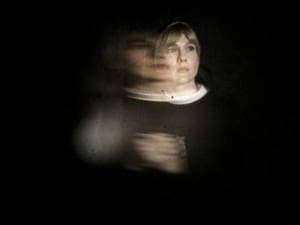 Well, American Horror Story: Asylum sure as hell knows how to start the New Year of right. Not only did the show give us two, count ’em two, major deaths, but it has also closed the book on one major storyline that has almost been the driving force for most of the season: the possession of Sister Mary Eunice.

Last year on American Horror Story, the main cast also began to ‘bite the dust’ around episode ten, so a bloodbath was expected, but not like this. While the Harmons’ got a chance to come back and haunt each other until the end, the fates of both the conflicting, yet sadistic Dr. Charles Arden and bedeviling, scene stealer Sister Mary Eunice looked pretty final. That is, unless Ryan Murphy and Brad Falchuk have something else in store for them. I mean after all, there are life-revitalizing aliens prowling the premises…

But I’m getting ahead of myself. Let’s take a look at the top players of tonight’s episode, starting with the surprising resilient Monsignor Timothy.

This guy bounced back from being a spineless, pseudo-incognizant pawn of the entire narrative to the accidental hero of the hour. Taking Jude’s advice to kill Sister Mary Eunice after the possessed, psycho nun took his “virtue” (and in some respects his manhood), the Monsignor did what everyone else who came in contact with Possessed Eunice couldn’t do, ending the demon’s reign and releasing Eunice from the torture she’s endured.

For me, Monsignor Timothy’s newfound strength and awareness of Briarcliff’s recent string of hellish events came swiftly, but I what really threw me for a loop was how deftly he rectified the situation. Maybe Mary Eunice listing his secrets to him like a rehearsed Easter speech was all the resolve needed for Timothy to take out the trash immediately. After all, he is a high-ranking official within the Catholic Church, which means that all of his transgressions must be kept in the dark by any means necessary. While the earlier statement is true, Timothy is also a devout man of God, which means Sister Eunice’s soul was also a prize for him to help salvage. Lastly, Briarcliff was/is Timothy’s ‘baby’ and seeing how rapidly the place was going to hell, he simply had to do what was necessary for him to save the innocent souls under his ward. The only question left is how long will this Super Monsignor last?

Now when it come to our heroine of Briarclif, Jude has the longevity of a cat. Nothing can knock her off her two feet long enough before she bounces back wiith a holy vengeance. Jude’s electro shock therapy, which Sister Mary Eunice ordered, dampened her cognizant thoughts and motor skills, but she’s still aware of what’s happening around her, which will possibly led us to the final endgame for Briarcliff.

The former semi-adversaries are now thick as thieves against their common enemy, Dr. Oliver Thredson, who used the birth of Kit and Grace’s baby as leverage to find the tape with his confession Lana and Kit obtained while he was held captive. But Lana, being so “goddamn plucky,” intercepted the discovery and used her own child with Thredson as leverage for Kit and Grace’s safety, as well as her own. Thresdon’s reign of terror is quickly coming to an end, and if next week’s episode is any indication, the end is very nigh for Bloody Face’s legacy. For now, that is.

Seeing how the one sliver of purity that reminded him of his soul was completely lost for good,

Dr. Arden just simply crumbled in last night’s episode. The once feared Nazi, mad scientist was a fragile husk of his former self once he saw Sister Mary Eunice/The Demon usurped the Monsignor’s own ‘purity’ without abandon, but never would I have thought he would take his life in the process. The move was shocking because it was so unexpected and abrupt. The reason I use the term ‘abrupt’ is because Arden got off scot-free for his crimes against humanity. Maybe Mary Eunice’s death was a wake up call for him to pay for his sins, but he never admitted to committing them in the first place, which I feel is where he slipped away from having to really face the atrocities he performed upon his fellow-man.

While Arden’s defeat was being etched out of him since earlier in the season, the first wrecking ball of the night came in the form of the aliens and Pepper, who reduced the demented scientist down several levels in just one small piece of dialogue. The second hit was, of course, Mary Eunice assaulting Monsignor Timothy, and the final blows came during the killing of his “experiments” and Mary Eunice’s death. If only Anne Frank could have seen just how her tormentor turned out, Arden’s end would have come off as bittersweet instead of a little lackluster.

Sister Mary Eunice and The Demon

I don’t think that I will be the only one who felt conflicted once Mary Eunice and the demon inside of her went over that balcony to their deaths. One side of me yelled, “Oh MY God. He did it! YES!” The latter part of me, however, screamed bloody murder at the death of one of the best damn characters to have come out of American Horror Story‘s two-year lexicon. The possession of Sister Mary Eunice storyline went from being a potential ‘B’ or ‘C’ story to practically the driving force of the season so far. Without Mary Eunice’s manipulations, we wouldn’t have had Thredson back in Briarcliff; Jude wouldn’t have had her journey to renewing her faith; psycho Santa wouldn’t have attacked Jude, which sent her to become a patient of Briarcliff; or many other incidents that took place within the walls of the Asylum. Basically, I don’t think we would have had a show without the demonic nun to give Jessica Lange a run for her money.

If any thing, Lily Rabe needs to use this episode as her Emmy reel, because she really brought her A-game with Mary Eunice’s last hours/days, where new one liners were dropped (the whole Alexander/Salamander rhyme, for one), new trickery (dedicating “I Put A Spell On You” to Jude on the new jukebox), and everything else Mary Eunice had her psychotic hand in.

Other Moments of Note

– The ‘Name Game’ dance sequence. I can watch that brilliant scene over and over in all its demented, surreal, Tim Burton-esque glee…

– Pepper’s dialogue about freaks always ending up being the scapegoats for society’s problems has to be 1) one of the most thought-provoking moments of the night and 2) the clue for where American Horror Story Season 3 is headed.

– What exactly is Kit and Grace’s baby? It can’t be human, so will it come into play to help ‘save’ the residents of Briarcliff?

With three episodes left, I really thought Mary Eunice would end up being the Big Bad everyone had to come together to take down, but obviously that little theory is so not the case. Ryan Murphy has already said that the demon is gone and will not be jumping into anyone else (Thank God, because I thought Jude was going to be its next habitat), so what’s going to happen next? At this rate, I’m just going to sit back and watch the rest of the ride.

What did you think of last night’s American Horror Story: Asylum? Will you miss Mary Eunice as much as I? 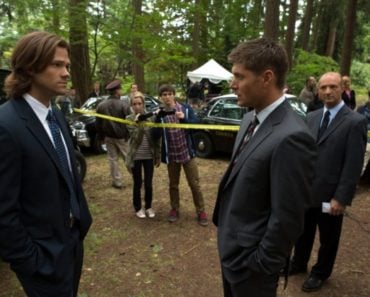 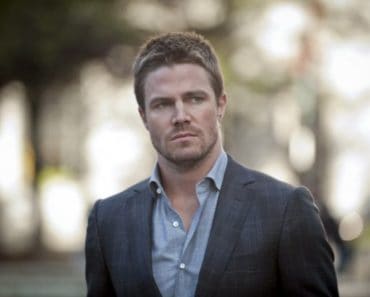 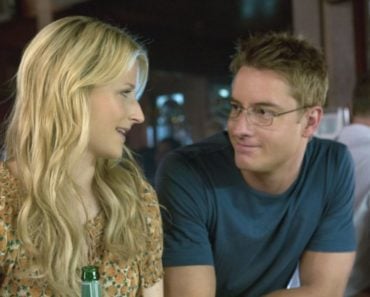 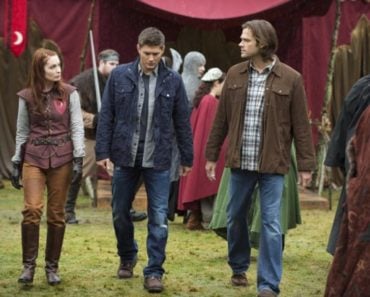 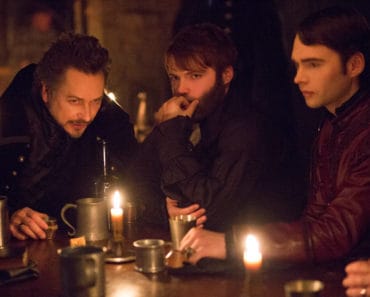 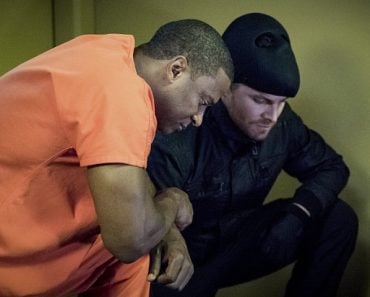