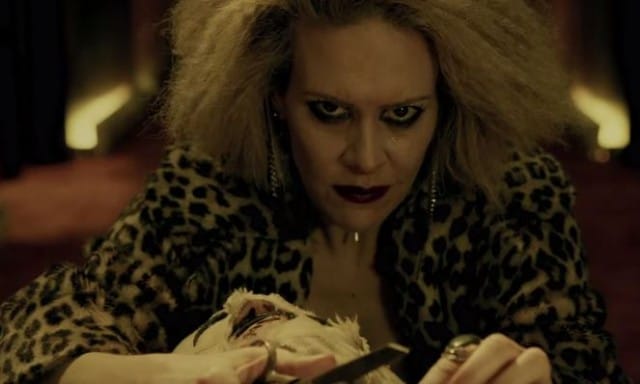 October is, finally, almost here, and that means two things to me: 1) Halloween, and 2) the new season of our favorite anthology series, American Horror Story. Since the show’s somewhat quiet arrival on the scene four years ago, American Horror Story has grown into an annual tradition for plenty of households in America, in spite of the often inconsistency in quality that the show is known for to its fans and “anti-fans” alike. American Horror Story, however, is far from the only horror-based show on television these days, and the FX anchor series is often eclipsed in the ratings by its AMC rival (albeit on a different night of the week) The Walking Dead. With Ash vs. Evil Dead premiering next month over on Starz, Fear the Walking Dead being the latest hit for AMC, iZombie and its brand of pseudo-horror elements earning it a devoted following on The CW, and many, many more series retaining spots on the various networks, it seems that now, more than, possibly, ever, horror is taking its place among the television elites.

Unlike with many other genres, though, horror series, no matter how devoted their following may be or how high of quality they may be, often seem to attract far fewer viewers than your average-quality procedural or family drama. Even with smaller numbers, however, horror has not only been a mainstay on modern television but also has grown in number exponentially in recent years. Television audiences seem to shrink each year, but horror on television keeps growing and growing, and it doesn’t appear that this trend will stop anytime soon.

So, why is this? Why is it that we have so many options for television horror?

If you ask me, the answer is very simple: it’s because we need horror.

The thing that is often misunderstood about the horror genre, be it through television, film, literature, or what-have-you, is that horror, or, at least, the right horror, isn’t intended to simply scare you. Yes, it’s fun (at least, it’s fun to me) to have a good jump scare when I’m in the middle of an extremely tense moment of storytelling, but that isn’t the main thing that horror does. Instead of just invoking a response, horror is intended to be a release of an inner fear. No matter who you are, where you’re from, or what your background is, every person on the planet has something that they’re afraid of. This fear may be rational or irrational, but that doesn’t really matter. What matters is the realization of the existence of fear, the acceptance of its existence, and the release of it through some method.

With those that create (and, to an extent, those that view or engage in) horror, the method of release is in the art itself. Wes Craven, the modern master of horror, bought into this philosophy completely, saying once, “Horror films don’t create fear. They release it.” He also explained how the creation of horror is a way to take these fears and put them into a form that is easier to manage, saying, “It’s like boot camp for the psyche. In real life, human beings are packaged in the flimsiest of packages, threatened by real and sometimes horrifying dangers, events like Columbine. But the narrative form puts these fears into a manageable series of events. It gives us a way of thinking rationally about our fears.”

Since horror is a way of releasing and managing fear, television and film can be two of the most substantial forms of media to tell a proper story in the way it’s intended to be told. Ryan Murphy, the creator of American Horror Story, has discussed how he uses his own fears in the production of the show. At this summer’s TCA, he specifically pointed to the first season (Murder House) and the upcoming fifth season (Hotel) as those that most intimately come from himself, saying that they are “much more rooted in honest, primal fears.” Murphy, like Wes Craven, believes that the horror genre is the best way of seeing these inner fears for what they are and expressing them in a positive way.

One common argument, at least in the Deep South where I’m from, against horror-based television and movies is the religious angle. “How,” people ask, “can someone religious let themselves partake in such dark material?” As a person of faith myself, I tend to direct people to this quote by film director Scott Derrickson (The Exorcisim of Emily Rose, Sinister, Doctor Strange) from when he was asked a similar question:

It’s a good question. I think there’s a real mystery to the inexplicable irrationality of true evil–both human and spiritual. I think that the more I work in the genre, the more I see it and the more I learn about the mysteries that can be worked in the world and how it’s at work in my own life and within me. It’s one of the reasons I do what I do. I am obsessed with it.

The thing to realize, and what Derrickson tries to explain in his quote, is that horror is a way of understanding our world through the management of fear. No matter where you fall (or don’t fall) on the spiritual spectrum, you can become better mentally and emotionally through using horror to understand yourself better. 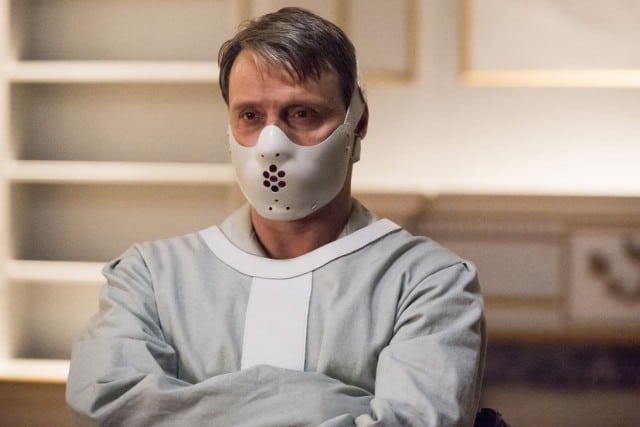 Aside from the immateriality of the psychological aspect of horror, it’s hard to argue that the horror genre has produced some of the best raw art on television in recent history. I’ve talked and talked on TVOvermind about Hannibal, but it really is the quintessential example of how beautiful horror can be. It also shows that a truly deep story can be told within the confines of the genre, something that is also seen on shows like Penny Dreadful and the aforementioned American Horror Story.

It’s easy to see, based on everything that I’ve mentioned, how some of the most devoted fan bases in the medium revolve around horror. You can see this clearly by looking no further than Buffy the Vampire Slayer, which remains one of the most popular and, surprisingly, relatable shows in history, or The X-Files and Twin Peaks, whose fan bases were so adamant about the series that both have been revived for more episodes. Something that would be unthinkable with many popular shows seems to be absolutely normal with those in the genre.

One of the most fun things about horror, too, is that it isn’t just for teens and adults. Plenty of well-made and popular shows in the genre have been produced for children, such as perennial favorite Goosebumps, Are You Afraid of the Dark?, and R.L. Stine’s The Haunting Hour. If you’re a parent that loves the genre and wants to share it with your children, you have plenty of great options from which to choose.

Horror definitely isn’t for everyone, and there are true, legitimate reasons that a person can have for avoiding the genre, but the fact stands true: horror is so omnipresent on television because it is a method of expression and manageability that we can use to understand our fears and, thus, ourselves better than before. If you’ve never wtched any series based in horror, I urge you to check one out. You just may find that it can do more for you than you expected.

Quick suggestion for fans: if you’ve never checked it out, Darknet is a great little horror anthology series that’s available on Netflix. There are only six half-hour episodes to the series, so it’s a quick watch, but it’s a fun little series if you’re looking for a quick horror fix around this time of the year. Happy Haunting!