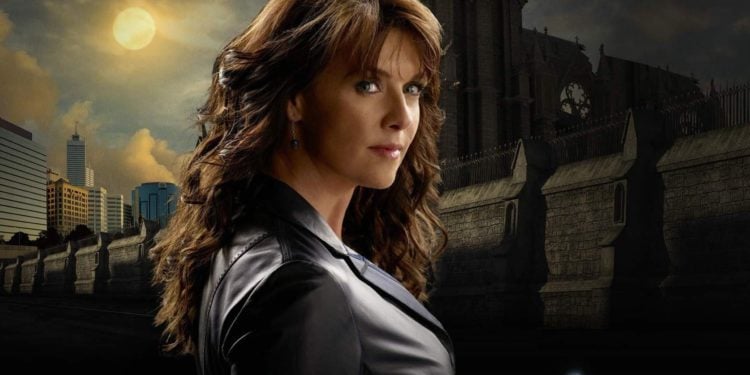 If you’re a big fan television shows like Stargate: SG-1 or it’s cousin, Stargate: Atlantis, then you probably already know who Amanda Tapping is. She’s also been on shows like Sanctuary and Supernatural. She’s definitely considered one of the more prominent actresses in the business and she’s versatile enough to do many different kinds of projects. If you want to know more about her, consider these 10 things that are listed below

1. She was born in England

In late August of 1965, she was born in Essex, England. Although she is proud of her English heritage, she didn’t really have the opportunity to spend very long there. That’s detailed more in the following paragraph, but for now, suffice it to say that she probably left so early that she doesn’t have too many memories of her own of her native land.

2. She moved to Canada before she was even old enough to start school

At three years old, she and her family ended up moving to Ontario, Canada. She lived there for a number of years and as a matter of fact, she still lives in Canada today, although she now calls Vancouver home.

3. When she was younger, she couldn’t decide between acting or becoming a scientist

While she was attending high school, she was equally gifted in drama and environmental science. She also had a love for both subjects. For a time, she was having difficulty deciding if she wanted to study to become a scientist or study acting further.

4. By the time she finished high school, she had made her decision

As she was getting closer to graduating from high school, she was working on deciding what she wanted to do with the rest of her life. By the time she had finished high school, she knew what the answer was and she ultimately decided to go on to college in order to study drama.

5. She’s acted in a lot of science fiction projects

If you think you’ve seen her as a guest star in certain shows in the past, that’s probably because you have. She’s been on The Outer Limits as well as The X-Files. Some people even consider her one of the go-to people for any type of science fiction project, thanks to all of her previous work. These days, she counts not only Stargate: SG-1 and Stargate: Atlantis as two of her favorites, but also enjoys having had the opportunity to do The Outer Limits and The X-Files. If you add her roles in Sanctuary and Supernatural to those credits, she’s basically the “scream queen” for science fiction.

6. She also knows how to be funny

She’s no stranger to comedy. In fact, she was even given an award for her performance in the movie Breakdown. She didn’t have that big of a part in the film, but she was nothing short of hilarious and it definitely made a lasting impression. She ended up winning the 2007 Canadian Comedy Award for her efforts.

7. She also knows how to work behind the scenes

She knows her way around a set and there’s no doubt about that. Over the years, she’s also served as executive producer and director of a number of projects.

8. She enjoys the idea of trying new projects

She likes having the opportunity to do new things. She’s even been involved in a project that required her to do voiceover work with William Shatner.She says that one of the things she likes best about being in this business is having the opportunity to work with icons such as Shatner who have been in the business for decades and done all kinds of interesting projects themselves.

9. She’s married and has one child

She and her husband live in Canada with her daughter Olivia. Even though she’s busy with work a lot of the time, she still makes time for her family and she tries her best to ensure that their lives are not impacted by her celebrity status.

10. She really prefers to keep her private life private

There are some people that are famous because they love having the opportunity to be a celebrity and there are others who love to do work that just happens to make them famous. She falls into the latter category. As a matter of fact, she really doesn’t enjoy being in the spotlight and she far prefers to keep her private life, as well as the lives of her husband and children, as private as possible.