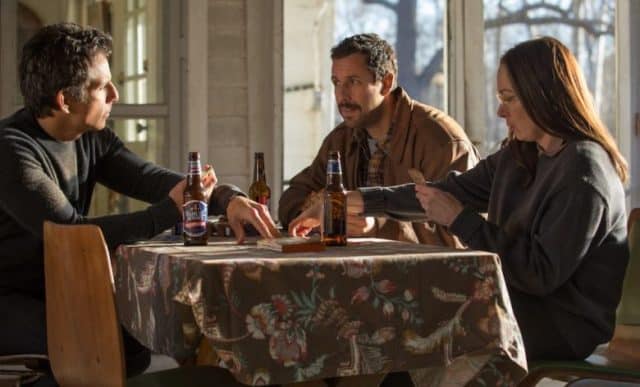 You did read that title correctly, your eyes are not playing any tricks on you. Adam Sandler could be an Oscar-worthy candidate if he really wanted to be. But if you look at some of the works that he’s done in the past decade then you should be able to deduce that while he’s still been the man-child that he started out as so long ago, he’s also been the serious actor that people know he can be. The Meyerowitz Stories have gotten him the latest bit of notice in how he could possibly be one of the top-tier actors in the business, but hands down one of his best ever movies that never seems to get enough credit was Reign Over Me. The acting he did in that movie could be and has been criticized over and over, but if you look at the way in which he portrayed a man that had lost his wife and daughters in the tragedy of 9/11 then it had to have been tough not to feel your eyes water just a bit in response to the emotional punch that the movie delivered.

One thing holding Sandler back is his own reputation. So many people are willing to get down on him about movies like Grown Ups 2 or Jack and Jill or even Pixels. Some of those were arguably ill-advised and were just being silly for the sake of being silly. But his more dramatic roles have proven that he can move beyond the man-child act and take on a serious role that really allows him to flex more than his SNL muscles from back in the day. Even The Cobbler has allowed him to put a little more effort into his character despite the lackadaisical manner of the main character. In short, Sandler is more than capable of becoming a great and legendary actor, but there are times when it seems that he just wants to cut loose and have some fun. Of course after doing a serious role or two people look at this behavior as something that’s going to keep him from being considered as a real and serious actor until he stops it completely.

What a lot of people don’t seem to realize is that Sandler came onto the scene as a comedian and that’s where he excels at times. Even if his movies are a bit foolish and more infantile than people like the fact is that he likes what he’s doing and that should be enough. If he’s going to be judged on the flops that he’s produced every time he actually performs in a great role then it comes down to people’s snobbery that’s holding him back, not his effort.

At this point he’s already seen what he can do and it’s obvious he likes it since he’s been in more serious roles as of late than ever in his career, and it’s been working for him. He’s no longer the goof that people just roll their eyes at and think ‘here we go again’. Nope, now he’s the guy that can straddle the line between serious and infantile and do it like no one else can at the moment.