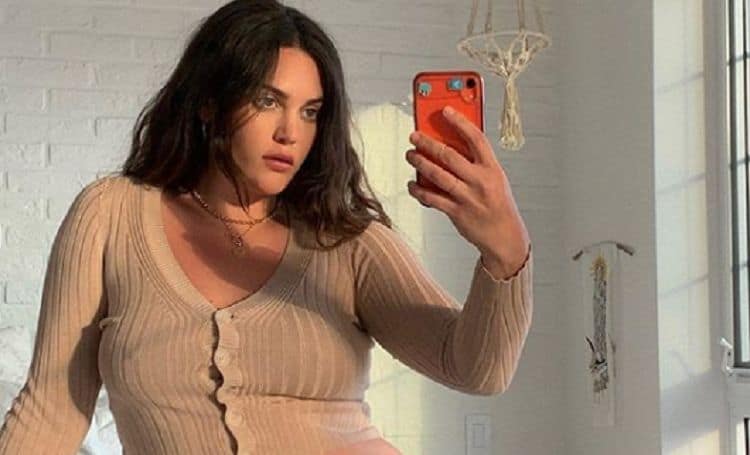 Ali Tate Cutler is an American model who made history in an unprecedented move by Victoria’s Secret. She is the first plus-sized model to ever be hired by the fashion icon. Cutler is paving the way for other women with full-figures to have pride in who they are and to realize that they have as much to offer the world as some of the thinner ladies with smaller waist sizes. She’s an inspiring lady and for those of you who are not yet familiar with her, here are 10 things you didn’t know about Tate Cutler, that may make you smile.

When you look at Ali Tate Cutler, you see a beautiful woman. She is a plus-sized model who wears a size 14 in clothing, and she looks stunning in her photos. She shared that being chosen to represent Victoria’s Secret wearing Bluebella brand lingerie felt “surreal” to her. This is an exciting time in her professional career and although she’s not the first plus-sized model to be featured in designer fashion, she is a first for Victoria’s Secret.

2. She’s a representation of the average American woman

The media has previously leaned towards a tendency to misrepresent beauty by going with models who are slender in appearance for popular brand advertisements and clothing lines. The fact of the matter is that the average woman is not slender, nor is she tall. Women come in all shapes and sizes but have not been represented as the ideal through fashion trends and advertising.

3. Ali is an influencer

The fact that Ali has a different shape than the traditional model type, shows that society is making progress in removing unreal expectations of achieving the perceived standard of beauty in a slender figure. We live in a diverse society and Ali is representative of this diversity. She offers a more realistic viewpoint and shows women of every shape and size that beauty does not come in a specific mold or size. She is in a position to influence societal views by bringing a more realistic image of women to the public. She’s shattering the myths that previously existed about fashion, beauty and body consciousness.

4. Ali is big on social media

Women who are inspired by Ali Tate-Cutler are showing tremendous support and appreciation for her efforts and achievements in the modeling industry. She has an Instagram account, for those of you who didn’t know. She has a lot of fans who join her on the site. Ali has a following of 124,000 people as of the last check-in October of 2019, and her fan base is growing. This is a place where you can see some amazing photos and keep up on what’s going on in her life.

5. Cutler isn’t hung up on descriptors

Ali is very straightforward when it comes to discussing her size and body style. She made the statement “I don’t get hung up on the term(plus size).” She is a confident woman who knows her own strengths as well as areas that require growth. She’s all about representing the average size of women in America, which just happens to be a size 14. She’s happy to do so because it provides a more accurate representation in the fashion world.

6. Cutler has been a fan of Victoria’s Secret since she was just a girl

Cutler shared the fact that she is “stoked” because she’s been given the opportunity to work with Victoria’s Secret. She further shared that it’s a brand that she has idolized for many years. She has even more reason to appreciate them since they’ve made an acknowledgment of the fact that average women must be more realistically represented in fashion. This shows that societal views are beginning to change at all levels.

7. She believes that Victoria’s Secret is onto something

Ali is proud to work with VS but in the larger scope of things, she believes that this is going to boost the popularity of the brand among more women. Since they’ve made the effort to diversify their modeling staff, it’s going to have a positive impact on potential customers who will feel a stronger connection with the brand because of their higher level of inclusiveness.

8. She is confident, but it takes work

Ali is a confident woman, but there are times when she has to remind herself that she is special. She sees her body as a gift regardless of the size. She works out, eats healthy and takes care of her physical, spiritual and emotional needs. She does all of the right things to keep her mind strong. She doesn’t define herself merely by her body because she knows that she is much more than that.

9. She encourages her fans

Ali is a positive person who cares about the well-being of others. She’s big into body positivity and she reminds her fans that there is a lot more to each of us than what we look like on the outside. It’s important to love our bodies, according to Cutler. The things that really matter are the people that we are within the world and our character. These are words and sentiments that she tries to live by.

10. Ali Tate-Cutler has a bright future ahead of her

Ali is just the kind of celebrity that our country needs right now. She’s about as real as it gets. Her honesty and forthrightness are a refreshing change. She doesn’t try to hide her body because it’s not slender. She embraces who she is and she encourages other women to do the same. We believe that Ali Tate-Cutler has a very bright future ahead of her because she brings a positive message to women throughout the world. She inspires women to love themselves and to love their bodies. Her success is really a success for all women. There is a lot that we can all learn from her about self-acceptance.