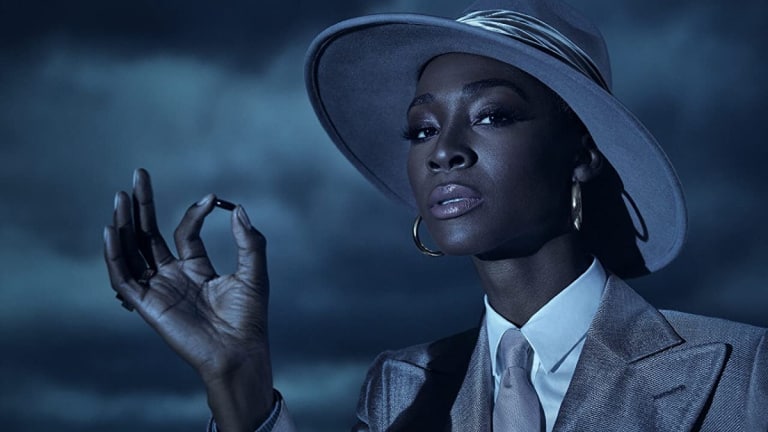 Things had to come to this eventually since in the last episode the chemist that created the pills that have caused so much trouble was revealed, and now we get to see how things started going south in Provincetown, well before Harry and his family ever moved in. It was interesting to see how things manage to get going and to see how Belle Noir really wasn’t much of anything before the transformation. Funny enough, it’s easy to say that her husband had it coming when she finally did turn, as admitting to her that he’d been cheating and meant to go cheat again was kind of like a giant ‘Okay I’m about to die’ signal. A lot of fans would probably say that the mere fact that he was identified as her husband was his death sentence, and they’d be right. But the transition of Belle from the timid old lady who wrote what amounts to a smut novel to the hard-hearted murderess that would eventually help turn her partner in crime was impressive since it was like night and day.

The emergence of the pale men was also interesting to watch since the pill enhances talent, so long as it’s there. If it’s not, then a user becomes a bald, murdering wretch that expresses their rage at their lack of talent through sheer aggression. That is an interesting point though, that those with actual talent become more aggressive, but also more refined in their methods of attack. In fact, the first attack that Belle made on her husband is kind of mirrored in how Alma attacked the sheriff in the previous episode since it was vicious, but it wasn’t entirely expected. The fact that Belle recruited Austin from a drag queen act was kind of interesting, and satisfying thanks to the performance put on by the extras, which once again was a huge effort to display just who was going to get it next.

This current season does raise a lot of questions for a lot of people since plenty of folks want to believe they have talent, but the truth is that there are those who are beaten down and told that they’re worthless by everyone around them simply because their work isn’t fully understood or because they don’t know how to put themselves out where people that recognize talent can see them. There are a hundred reasons and more as to why those with real talent would go unnoticed, and much of it has to do with who’s bound to speak up and be heard. The problem is that there are plenty of people who believe they have talent but don’t want to admit that their talents are pedestrian at best and not inspired by the same mental processes that some folks can’t turn off and can’t fully explain. The chemist goes into a simple but meaningful explanation of how the pill works, how it unlocks certain potential that might not be as easy to tap, but only if it’s there, to begin with. In those with no real talent, the pill only acts as a mirror of sorts to reveal the utter nothing that some people possess.

Obviously, a lot of people don’t want to believe that they have no talent, but because over the years so many have justified this by saying that they have talents in other fields, many people tend to believe that they have genuine talent, just not in the same area that others do. The truth is that some folks work that much harder to attain skills that some come by naturally. It’s not egotism, and it’s not an effort to keep anyone down, but the truth of the matter is that some people do have innate talents that they’re able to call upon from time to time even if they can’t just turn on the tap and leave it that way. The pill in this series keeps the tap on, so long as the individual taking the pill continues the treatment and, of course, finds a means to feed themselves since normal food will no longer do. So far the show has been entertaining, but one has to think that Mickey is nearing his end since, despite the fact that Macaulay Culkin’s presence has been interesting, his character is becoming way too subservient to those around him, and far less useful.