Home
Television
Agents of SHIELD
Agents of S.H.I.E.L.D. at Comic-Con: Brett Dalton and Ming-Na Wen Discuss Ward and May in Season 3 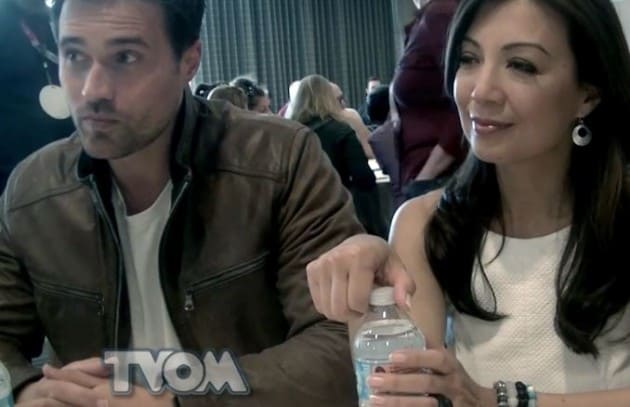 As the Marvel Cinematic Universe has evolved on the big screen, the small screen has also grown through the ABC series Marvel’s Agents of S.H.I.E.L.D., which has dealt with a lot during its first two seasons, from exploring S.H.I.E.L.D.’s battle agaisnt Hydra to introducing the Inhumans. Now, in its upcoming third season, Agents of S.H.I.E.L.D. will be bringing in the Secret Warriors from the comics into the MCU for the first time. Two of the show’s core characters are butt-kicking Agent Melinda May (played by Ming-Na Wen) and the complex, intriguing antihero of the series Grant Ward (played by Brett Dalton), who have had friction with each other since Season 1, and it’s only going to continue when the series returns for its third season this fall.

TVOvermind was fortunate enough to participate in the Agents of S.H.I.E.L.D. Press Room at San Diego Comic-Con with other news outlets at roundtables where stars and producers from the show discussed what is coming up in Season 3. Dalton and Wen were two of the people we got to talk to, and you can watch their entire roundtable interview in the video below. Here are some of the topics they discussed:

– With Ward now being at the new role that he is, what will his dynamic with Melinda be like as compared to their previous encounters.

– What type of members we might see in Ward’s new league throughout Season 3.

– Where the relationship between May and Coulson is at when the show comes back in the fall.

– Whether there is a chance that Ward will be getting a uniform or super-suit of his own.

Marvel’s Agents of S.H.I.E.L.D. kicks off its 3rd season on Tuesday, Sept. 29, 9/8c on ABC. Stay tuned for more roundtable videos of the cast and producers in the next few days right here at TVOvermind.