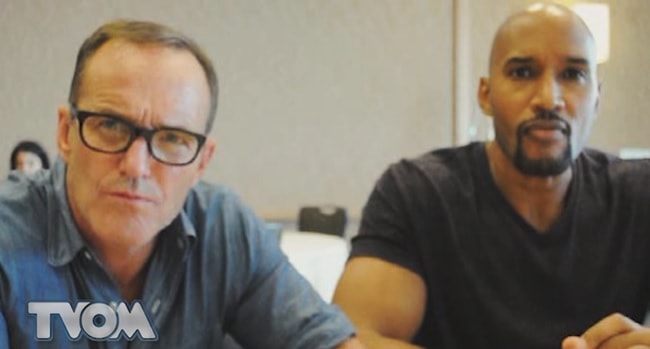 Last week at San Diego Comic-Con, TV Overmind participated in the Agents of SHIELD Press Room with several outlets to chat with the cast and crew behind the show to get some insight into what is coming in Season 4. Clark Gregg and Henry Simmons, who play Phil Coulson and Alphonso “Mack” Mackenzie respectively, were two of the great talents we spoke with as they teased Ghost Rider’s arrival and more.

-The series introducing someone like Robbie/Ghost Rider in Season 4, unlike any of the previous comic book characters they have had on.

-Why Gregg and Simmons personally don’t feel the need of Agents of SHIELD having to do crossovers with the films.

-What Marvel characters they would like to see introduced and how they feel about the ones they have introduced previously.

-The continuing evolution of Coulson and Mack’s relationship over the past two seasons and leading into Season 4.

-Where their characters will be at, at the start of Season 4, with Daisy (Chloe Bennet) having gone rogue and MIA.