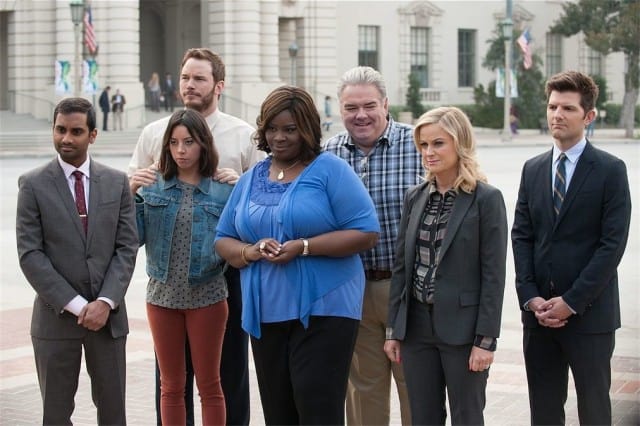 It seems like everyone has a theory about this or that on various shows around the networks and no one can ever seem to get all the facts straight. But then again that’s usually the upside of having fans, there are always crazy theories being made that can keep things interesting. But when fans actually start to go to the trouble of backing up their theories with ‘evidence’ that supports their obsession with a fictional show it kind flies in the face of common sense and breezed right past reason without taking the time to slow down.

This is usually the part where I groan and tell people to get a life but I’ve done that so much lately that my eyes are literally tired from rolling and I kind of have a sore throat from the many different groans of derision that have escaped me. So I’ll say this instead. They’re fictional shows people. The theories you come up with might seem sound and even resonate fine within your head and among your friends who harbor the same tendency to spend hours and hours devoting themselves to fan theories that will have little if any real impact on the show. But they will only ever be YOUR theories. The shows are written, they are acted out, and the writers are then told to follow certain story lines that the director, producers, and execs agree upon. I hate to tell any of you this, mostly because my voice gets lost in the storm of theoretical pondering, but your theory is just that, a theory.

Even if the actors agree with them this is another form of the show, a far more realistic form but one that is still a spoof that will basically take what you have to write and either debunk it or take it to a level that is highly unreal. That’s what these folks do, they act so that the rest of us will watch and enjoy what we’re seeing. There’s nothing wrong with theories really but those that expect them to pan out because they know the show so well are often those that can’t seem to accept when things aren’t the way they want them to be.

There are times when I start to wonder about my fellow human beings and their ability to distinguish fiction from reality. Granted these theories don’t necessarily mean that the fans think the show is real but they do tend to show that some folks dive so deep into the story that in their head it is something worth spending hours on to figure out just what is going on within the areas of the show that we don’t see. It’s a race to find a bit of controversy to satisfy a plot hole that people can’t let go. In essence it’s like picking at a hole in a sweater that has been discovered quite by accident only to find that the more you pick at the more it unravels until all you have is a giant mess and nothing to show for it.