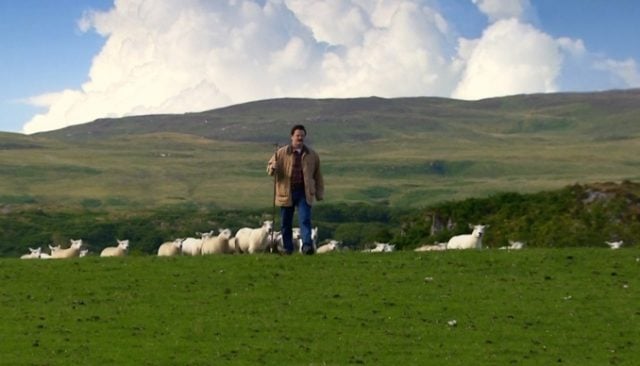 One of the things I love about syndicated television is that the old shows you loved once upon a time make revivals.  One show that’s been on a ton lately is Parks and Recreation.  Seeing the first season is almost surreal.  Watching Andy is bizarre.  It’s also really strange to see the show without Rob Lowe and Adam Scott.  It’s truly raw but also hilarious in its own right.  And there’s one character who stayed true for the entire series run: that character is Ron Swanson.  Toting the most memorable television mustache of our generation, Ron is the essence of manliness.   From being a carpenter, renowned saxophone player, meat lover to beer drinker extraordinaire, Swanson was almost like a smarter, classier, Al Bundy for the next generation.

Rarely did Ron get many extended solo moments on the show, but one of the very best is a trip he takes to Scotland.  Having never realized that anything outside of America was worth his time, Swanson is blown away by the life a person could lead in Scotland.   In true Swanson form he says at one point, “crying is only acceptable at funerals and the Lagavulin Distillery.”  Not only is this segment funny as everything with Swanson is, it’s almost emotional in a cheesy and cute kind of way.

To conclude, Ron cries while reading Robert Burns’ ‘O were my Love yon Lilack fair’.  A very touching ending to the episode.  Here’s the clip: