Home
Television
Absentia Air Dates for The UK, USA, and Canada Are Set! 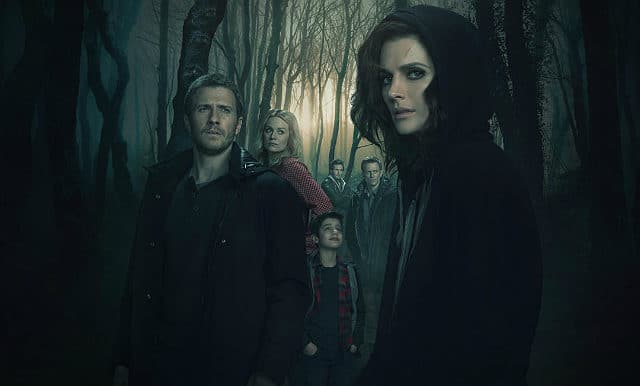 Absentia air dates for the UK, USA, and Canada are set!  If you’re a hardcore TV news consumer you know exactly what Absentia is.   This show had the opening slot at the 2017 Monte Carlo TV Festival.  The buzz has been high ever since!

As you can see from the above trailer Absentia has an excellent international cast.  Some of the stars in the procedural thriller include: Stana Katic, Patrick Heusinger, and Cara Theobold.  The story centers around Katic’s character, FBI agent Emily Byrne.

After being declared dead in absentia, an FBI agent must reclaim her family, identity and innocence when she finds herself the prime suspect in a string of murders

There’s a extra piece of goodness in these Absentia air dates.   Considering the current atmosphere about sexism in Hollywood and the shameful way things went down on ABC’s Castle, Katic’s return to U.S. television in the leading role is a positive step for women in the industry.  The news was also a big win for her UK, US, and Canadian fans.  They’ve been waiting for these dates since that Monte Carlo premiere!

The Absentia Air Dates for the US, UK, and Canada

At least Canadians knew the Showcase network had signed on to broadcast Absentia. For a while the Brits and Americans didn’t know if Absentia would even air – nevermind when!  As the Absentia air dates kept being announced for other countries around the world for fall 2017 it really was nerve-wracking for fans in those countries not to know. (I’m sure they now have more sympathy for the countries that usually wait for an American, British, or Canadian show to get cleared for them!)

Now though, all three countries have official dates for Absentia.  Starting January 21st at 9pm Canada gets it via the Showcase network.   In the US and the UK Absentia will be available for streaming on Amazon Prime on February 2nd.

Amazon has the rights for Absentia in many other countries as well.  Just heard Australia will get it on the 2nd as well!  So, if you have Amazon in your country and Absentia hasn’t aired yet – check your Amazon Prime listings!

For those US viewers that used to watch the ABC show Castle, there’s a touch of deja vu in these dates.  That’s because there were many times that Canada would get a Castle episode before it aired in America.  This time Canada’s earlier starting date won’t matter.

Yes, Canadians will get the first two episodes before Americans do.  However, Amazon Prime will be releasing all of the Absentia episodes at once.  That more than evens things out! (I’ve seen signs of an online binge watch party starting….)

Changes to Amazon Prime US Are Great for Absentia Air Dates

When it was first announced that Amazon would be the home for Absentia some in the US were concerned about being able to afford the service.  Maybe that’s because some are unaware of the changes that occurred last April.

It used to be that the only way to get Amazon Prime was to sign up for a yearly fee of $99.00  That is no longer the case.  Now you can order the service and pay month to month – and cancel at any time.  For just video streaming it’s $8.99.  The full Prime service is $10.99 for a month.  In many places, that’s less than the cost of a movie ticket!

Who wants to bet that Amazon gets a spike in Prime memberships on February 1st?  As for a binge party – are you in? Let me know if you’re planning to watch Absentia on February 2nd, because if so….

It’s going to be a wild ride!