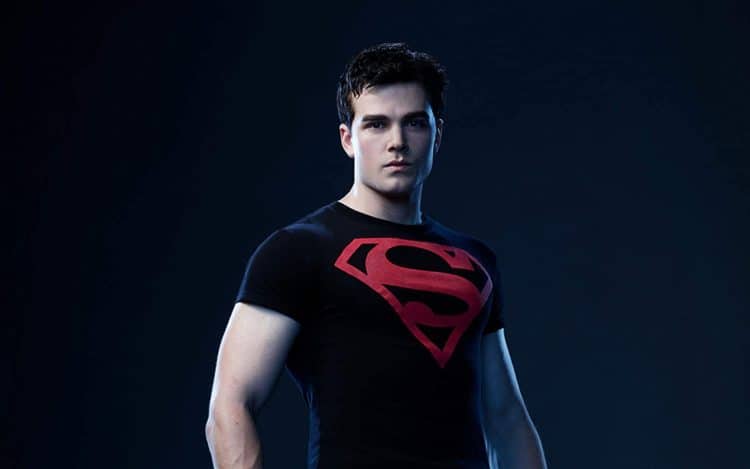 It’s not really certain which Superboy is going to be coming to the big screen for this movie, Jonathan Kent or Connor Kent, but a lot of fans already know the difference between them and why it would matter. Jonathan Kent is actually the son of Clark Kent and Lois Lane, while Connor is the clone of Clark Kent, which kind of brings up the debate over who would be stronger and who has more control when it comes to their power. It kind of stands to reason that Connor might be the better Superboy to use simply because he has more experience and knows how to use his powers a little more responsibly unless of course, the idea is to take a script and write in Jonathan as a matured and controlled young man that has his act together and is capable of handling himself in a battle. In the long run, it all depends on what the story is going to be about, and as of now, it doesn’t sound as though there are a lot of details.

For quite some time people have been waiting to hear any word of Man of Steel 2, but seeing as how it’s been bogged down in development hell for so long that it might never get out, Superboy feels like a logical move. Unfortunately, it also feels like a move that might require a lot of faith on the part of the fans since introducing a new character isn’t always that big of a deal in terms of whether they’ll be accepted, but it can be kind of disastrous if they’re being used as a replacement for another character. It’s been sounding as though Henry Cavill is done with playing Superman for DC, and whether that’s true or not it would appear that the company is seeking a way to keep the ball rolling with another character.

Superboy isn’t exactly a new character, but he hasn’t seen on the big screen yet and on top of that, Superman has been such a staple of the DC universe for so long that trying to replace him or put another person over in order to keep things moving along is a risky proposition. It kind of goes without saying that it’s going to be something that will need the goodwill of the fans to succeed since otherwise, it feels too much like DC is doing what it can to keep from losing too many fans for lack of interest. That sounds ludicrous even to say, but at this point, there’s no need to risk it apparently since without another Superman currently on the hook it’s easy to assume that DC will want a hero it can turn to in order to keep pushing the idea of Superman in one way or another, and Superboy is likely the best choice. It is kind of interesting to wonder when DC will take the pressure off of heroes such as Batman and Superman in order to promote others from its long and very full roster since plenty of fans would love to see other heroes and villains get their shot.

Lately, it feels as though DC has been tossing up hail mary’s left and right since the Snyder Cut was, to many fans, a bit of justice that was finally meted out, but to others, it was an example of the squeaky wheels getting the grease. Wonder Woman 2 was a fairly big disappointment which is why a lot of people haven’t been talking about it non-stop save for the mockery that’s come now and then. The issues with various stars and Warner Bros. hasn’t been helping, and the fact that DC started off in such an awkward fashion didn’t help when it came to Batman vs. Superman, Man of Steel, and several other movies. They’ve had their hits and their flops, but Superboy is already feeling like something that isn’t exactly desperation, but a hope that moving in this direction will bring a bit of good luck that they’ve been needing. Plenty of people still compare DC’s disastrous start to the MCU’s explosive trail that’s been blazed for over a decade now, and to be honest, there’s not much comparison since the MCU is doing its thing and DC is doing its own.

But the hope is that Superboy will stand as its own movie and at the same time help to bolster the efforts that DC is currently making to take another stride forward as they attempt to bring another character into the cinematic fold. Hopefully we’ll get to know more about the story as it continues to build, but until then it’s interesting to think about how this will be applied to the DC universe and how it will affect other movies in the years to come if it does at all.