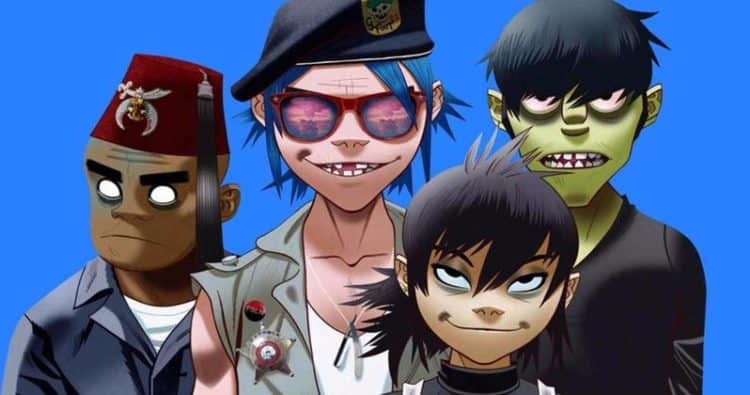 There are probably a few things that could possibly derail the Gorillaz animated movie such as creative differences or the fact that it sounds like kind of an obscure project, but the hope is that crossing one’s fingers and simply pushing through will be enough to get it made since otherwise, it will be another venture that just didn’t happen no matter that people have been waiting for it. Considering that the project is supposed to be coming to Netflix it might work in its favor since the streaming network is known for having deep pockets and the desire to pick up various stories that might not be fully understood by everyone but can at least be something interesting to present to the subscribers and fans. Netflix has been working diligently to sign on as much entertainment as it can in order to bolster its network with the type of entertainment that’s expected, but with the Gorillaz it could be trying to sign on something that could confuse a few people, but greatly inspire their fans. So far it doesn’t sound as though the group is willing to let people know the entire point of the movie that they’re pushing forward, but people aren’t really in the mood to care since the simple idea that the Gorillaz might be stretching something other than their musical muscles is enough to get people excited.

Other projects have been tried by the Gorillaz when it comes to animation and getting their name considered for something other than music, but nothing has really panned out yet. The fact that they’re currently working on another project might be a sticking point, but it does sound as though they’re pushing forward all the same and will take on this animated project with as much as they can give to see it finished and pushed through. What it will be like is likely to be crazy and out there as much as any Gorillaz production has been since they tend to have a lot to say in their music and the manner in which their videos are created, though it does usually take a bit to really understand and comprehend just what they’re trying to get through, and why it’s important in any way to society. The lyrics and the music itself tend to get to people in a big way since the whole idea that they’re saying something important is often picked up by their fans since the act of saying something intelligent and provocative through music is a practice that has been ongoing for a while and that many artists have taken to heart. The fans have done the same, finding it easy to support one artist or group in order to help spread whatever message they’re interested in pushing to the masses.

Whether the same thing will happen here or not, or if the animated movie will be sheer entertainment, is hard to say at this moment since there isn’t a lot known about the project other than that it is going to happen and that Netflix will likely give the group a good deal of freedom when it comes to telling the story. At this point it does feel as if the fans are bound to be accepting of whatever it is since the Gorillaz have already shown that they can produce the kind of material that people are willing to listen to, which means that they have a stellar track record when it comes to their fanbase, and know how to treat those that listen to their music with a great deal of respect. That’s usually what makes the difference between a loyal fanbase and one that will be there one moment and gone the next when the fame that a group enjoys begins to fade and disappear. It could be that this animated movie will be another way for the Gorillaz to make a bigger step into pop culture and prove that they’re just as versatile as they appear. In that light it’s easy to think that their reputation could shift once again as things progress further, and it’s also easy to think that people will continue to follow them as they have for while, and that new fans might pop up here and there as they get a chance to listen to and watch what the group can do.

With all the success they’ve had at this point it’s hard to see this project not going through since it sounds like something that could give fans what they’ve likely been wanting for a while, a chance to see the creative nature of the Gorillaz in action and project that could advance their characters in a big way. Hopefully the effort will be appreciated and people will find it enjoyable enough to make it worthwhile.