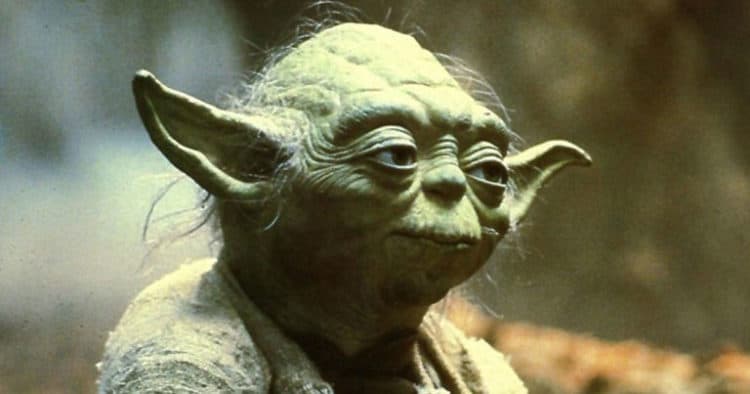 If you can get past the slack-jawed feeling of amazement you might get some amusement out of this bad lip-reading video since it can be construed as funny beyond the craziness of it. The whole ‘my stick is better than bacon’ line though, yeesh. At some point the song goes off on a tangent that reminds a person of something that the creators of South Park might have come up with on one of their off days. It does give a different spin to the moment between Yoda as a Force ghost and Luke Skywalker in The Last Jedi when Luke is about to torch the location where he stored the ancient Jedi manuscripts. It also shows that as a Force ghost a Jedi can still be insanely powerful since Yoda summoned the lightning bolt that set the structure on fire and destroyed just about anything that was still inside. Thankfully Rey had already taken the manuals for further study, as was shown later and in Rise of Skywalker. But this whole My Stick song was something kind of insane to put in there to make this bad lip-reading thing go off in a way that was probably very funny to a lot of people.

A lot of folks are still trying to shake off the feeling they received from The Last Jedi either in an attempt to simply distance themselves from the movie or make sense of it and integrate the movie into the whole trilogy. Some folks are just wanting to forget that anyone even bothered with a new trilogy since they can’t even stand the prequels. Something about this new trilogy really managed to rub a lot of people the wrong way and I’d be lying if I said it didn’t get to me as well since there were a lot of expectations when Disney purchased Lucasfilm that were never met. The act of dumping the expanded universe as canon and going with something completely different was kind of a hard blow to the senses considering that there was an entire galaxy of material that could be used. A lot of people are even defending Disney’s decision to dump the EU by stating that it’s not canon simply because it doesn’t follow the main story. Bryan Hood of Bloomberg has more on this. This is about the time when I cock an eyebrow and wonder which story said people have been reading since much as Disney did, the stories that were written by numerous authors offered a great deal of continuity and expanded the Star Wars galaxy in an enormous way.

What’s done is done of course in the Star Wars franchise and we’ve moved forward with the last few movies, discovering that there was another new and frighteningly powerful Force-user in the galaxy, that she’s the granddaughter of the Sith lord and former Emperor Palpatine, and that the last literal connection to the Skywalker clan is now dead and gone, even though Rey has decided to take on the name. It’s kind of saddening really since this is the end of the saga given how it ended since there could be a lot more to it if someone had the nerve to make another movie along the same story line, but obviously with a bigger scope that would include more of the galaxy and several new beings that we’ve seen in the books but never in the movies. So many things have changed that it’s kind of nice to see things stay the same in some ways, such as Master Yoda. Luke Skywalker was a horrible change since he became the old hermit that was afraid of his shadow it feels like, but Yoda as a Force ghost is just as irascible as he was when he was alive. Bringing the two together in TLJ was something different but it was also a nice counterpoint to a movie that had already gone off the rails in the opinions of so many. Bringing them together for this diffuses that even further by making light of the situation and giving a bit of humor to something that otherwise was a point in the movie where people were still willing to say anything and everything that came to mind no matter how negative it might have been.

There wasn’t a lot of positive feedback about TLJ for a lot of reasons but one is that it just wasn’t as great as it could have been. It was obviously something that was bound to upset a lot of fans since it didn’t really fall in line with what people thought should happen. But apparently the idea of ‘pandering’ to fans wasn’t a big deal to Rian Johnson, as Zack  Sharf of IndieWire points out, since he obviously didn’t care what people wanted and was fully intent on pushing his own narrative for the movie. Ah well, at least humor can soften such a blow at times. 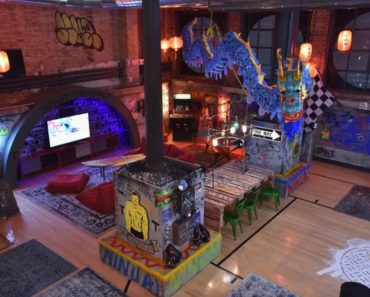 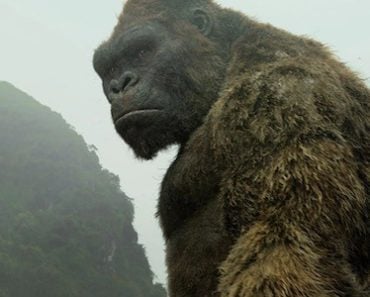