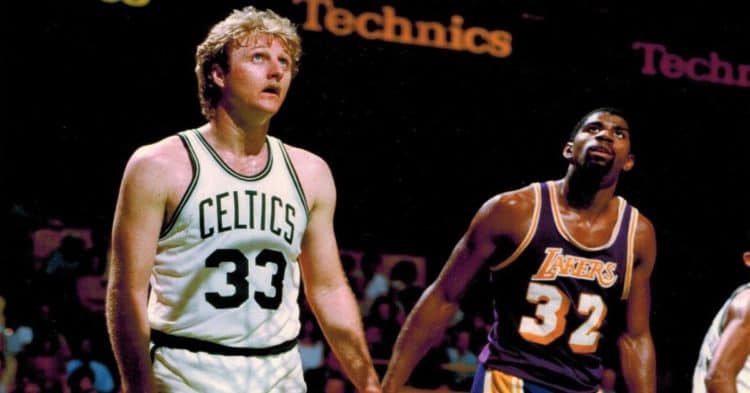 Every cast member coming to the LA Lakers series that HBO is developing will have their work cut out for them since they’re all taking on roles that a lot of people are going to be watching closely in order to see whether or not they get them right and if the show manages to capture everyone as they should be shown. It goes without saying that there’s a certain amount of pressure that goes with this kind of series since it’s something that’s detailing the lives of those that are still around and, on top of that, it’s taking on the roles of legends that a lot of people happen to admire in a very big way. It’s easier to eviscerate and judge someone that’s playing a role than to admit to any fault of the actual person that the role is based on, and those in the show are bound to recognize that they’ll be watched carefully by a lot of fans. But apart from that, it does sound as though this could be an interesting program for those that followed the 80s era Boston Celtics and LA Lakers, since the two teams were known to hook up and tear up the court something fierce back in the day, especially in the days when Magic Johnson and Larry Bird were running up and down the court. A lot of fans can remember those days since it was a different time in basketball when things weren’t the way they are now and the time of legends was still something that a person could look forward to when they turned on the TV to watch the game.

In all fairness the NBA is still fun to watch, but when players like Johnson and Bird hit the court it was a time to pay attention and watch their every move since it felt like the magic was happening with each play and that the teams were really giving everything in order to come out on top at the end. It’s true that the same thing could be said today for the stars that make their way up and down the court, but at the same time the internet hadn’t come along yet, sponsors weren’t what they are now, and while the idea of becoming an NBA star was still insanely difficult, the fact is that it felt as though the players valued the game a little more back then. Perhaps it’s a personal feeling that some folks hold onto since the stars back in the day still made a huge amount of money, but comparing the NBA of now to back then it still feels vastly different, as though the rivalries were more intense, the players were more invested, and million-dollar deals weren’t exactly the norm among the league. They weren’t unheard of obviously, but the average has changed immensely in the course of four decades, and sometimes the attitudes have kind of changed with it. If a person isn’t making hundreds of thousands to millions of dollars now it would appear as though they’re the poor man of the NBA, which is funny to say and kind of pathetic to think about. Let’s face it, these guys are getting paid to play a game, and while they’ve trained their entire lives to reach their level, they’re still playing a game and getting paid millions to do it.

A story based on the LA Lakers is bound to attract a pretty decent audience since the dynasty that’s been the Lakers has for a long time been considered to be one of the best in the game, but the Celtics haven’t been absent throughout that history since they too have been a heavy favorite in the sport. The two teams have gone head to head quite often and while today it’s kind of hard to think of the rivalry as being quite as strong, back in the day it was something that even non-fans knew about and were apt to talk about now and then since it was actually common knowledge. It was especially well known to those that came from Boston and Los Angeles since there was a great deal of pride in both teams, and woe to anyone that spoke ill of either team in their respective cities, since the fact was, and still is with many teams, that there are countless fans that will defend their team against any slight. All of this is what needs to be taken into account when thinking about how the show will be presented and how the various personalities will be played. There’s no doubt that the actors are already taking into account what kind of mindset they need to be in and how they’ll go about performing their roles, but we’ll have to wait and see how things turn out.