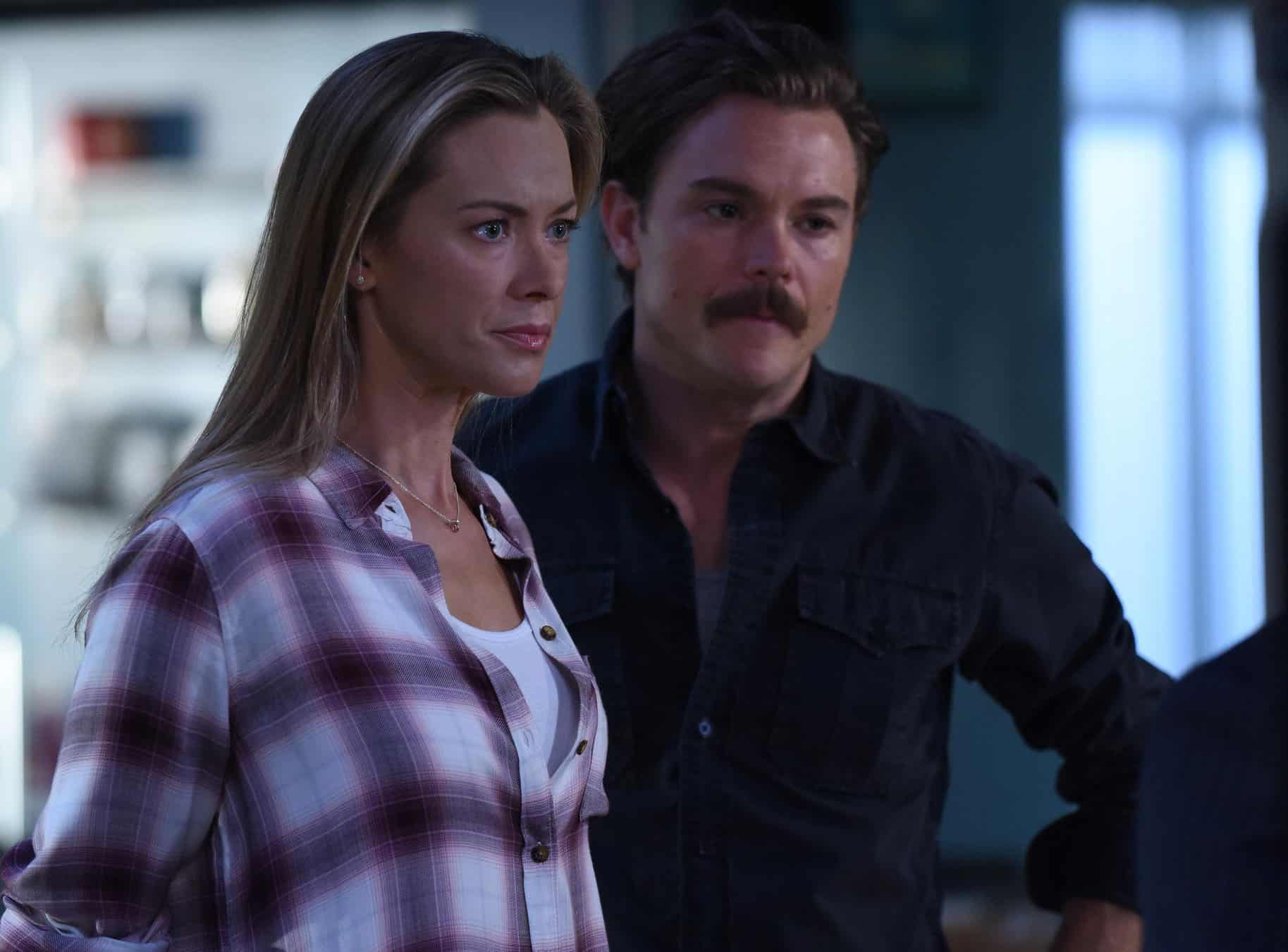 On this Week’s Episode of Lethal Weapon when an enforcer for the Mob dies Riggs and Murtaugh investigates his death. Riggs spends more time with Molly and Murtaugh comes to terms with Rianne dating his neighbor’s son.

While fixing Molly’s sink Riggs gets a call from Murtaugh to meet him at the hospital in thirty minutes. Meanwhile Murtaugh who is at home is trying to fix his broken fence. He quickly realizes that the fence is wobbly because Rianne has been climbing over it. He is told by Trish that Rianne and neighbor McNeile’s son have been dating.

When Riggs and Murtaugh arrive at the crime scene Scorsese tells them that the victim’s name is Anthony Tibone and that he was stabbed with a fork and the person who tried to save him is Dr. Jerald Johnson who was supposedly killed five years ago. Captain Avery tells Riggs and Murtaugh that Tony Tibone was an enforcer for the New York Mafia.

Riggs goes to see Dr. Cahill and she tells him that he should try to move on from Miranda. Riggs and Murtaugh find Jerald at a Large Mart and end up protecting him from the Mob who is trying to kill him.

Captain Avery as well as Riggs and Murtaugh get a visit from Agent Graves of the FBI. He tells them that Tony Tibone as well as the men who came after Jerald in the store, work for a crime boss named Frank Truno.

Five years ago Dr. Johnson saw Truno kill a State’s Attorney. He was going to testify against him but he ran instead. Riggs goes to talk to Dr. Johnson’s wife who tells him that her husband is too good to be on the run from criminals.

When Murtaugh and Scorsese go to see Scorsese’s informant Nick Graziano, who has been helping him write his script about the Mob, Nick tells them that Dr. Johnson’s wife use to be Frank Truno’s girlfriend and she was hired to kill him.

Before Murtaugh can call Riggs and tell him that the doctor’s wife was hired to kill him they become involved in a high speed   chase with the doctor.

While at the hospital Riggs sees on the Security Video that Dr. Johnson’s

wife, Adriana, picked up a fork and realizes  that she killed Tony Tibone. Riggs saves the life of Adriana and her baby and she ends up running.

Dr. Johnson is being interrogated by Murtaugh while Riggs, Agent Graves and Captain Avery watch from the observation room. Agent Graves tells them that he can’t use Dr. Johnson in order to get to Frank Truno but he can use Adriana.

At home Murtaugh becomes upset with Rianne for having Robbie McNeile in her room. He later finds out Trish knew about it. While leaving Molly’s house Riggs gets a call from Adriana and he tells her if she agrees to help the police she can get Witness Protection for her whole family.

Things don’t go as planned when Agent Graves decides to arrest Adriana. Frank Truno comes to see Nick and tells him to find Dr. Johnson for him. Adriana escapes from custody and goes on the run again.

Adriana forces Nick to help her  get into the room where Truno is so she can kill him. Things don’t go as planned when she realizes that he is holding her family hostage. Before anyone is killed Riggs and Murtaugh are able to save Adriana and her family and get them into Witness Protection.

At the end of the episode Riggs goes to see Molly and Murtaugh, Trish and McNeile come together to take pictures of Rianne and Robby before they leave for Homecoming.

Overall I thought the episode was really great and action packed.

On this Week’s action packed Episode of Lethal Weapon an enforcer for the Mob dies and Riggs and Murtaugh investigates his death. Riggs spends more time with Molly and Murtaugh comes to terms with Rianne dating his neighbor’s son.