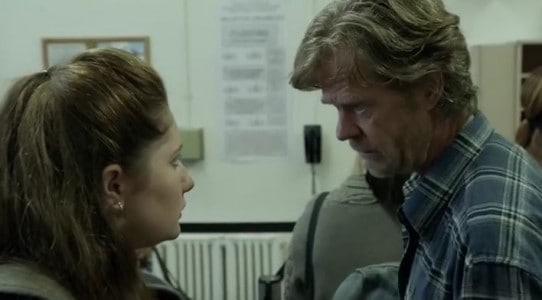 It kind of depends on what you’ve seen him in when it comes to how you feel about William H. Macy. The overall consensus is that he’s a great actor but some of his characters have been truly despicable to say the least. Possibly the worst among them that people still tend to like is Frank Gallagher from Shameless. He plays the patriarch of the family who’s almost always drunk, in need of a drink, or trying to bum a drink off of someone. Frank’s just about the worst father you could ask for since in the past he’s rarely been around for his kids and needs someone to watch out for him more than anyone else in the family. But that’s the beauty of William’s acting, he makes people fall into his roles with him so deeply that they can’t help but feel a certain way about the character.

Here are a few things you might not have known about William.

10. He was the first choice for Marlin in Finding Nemo.

9. He’s admitted to experimenting with LSD in college.

All you need to do is think about what time period it was when he was in college and this might make a lot of sense. People were trying a bunch of things back then that likely weren’t all that great for them but it was the experience and the high they craved.

8. William auditioned for the role of Brian on Family Guy.

This almost seems like it might have worked if Brian were just a bit older as the difference between Macy and MacFarlane’s voices is more than enough to convince people of the age different between them.

7. He actually does enjoy riding motorcycles.

After filming Wild Hogs he took up the hobby and apparently has been enjoying it since. One can only hope that he didn’t end up like the character he played on the movie, who could just barely sit on his motorcycle without falling off.

6. William enjoys getting a reaction out of the audience no matter what it is.

One thing any performer wants is a response, no matter if it’s negative or positive. If people aren’t responding to you then you’re not doing your job, that’s the general consensus among many performers since the idea is to get people on your side or at least telling you that something is wrong.

William has been working at this hobby for a while and is quite good. In fact he’s been featured in a magazine in the past to show just skilled he is at the craft. In truth this is a hobby that does require a lot of practice, time, and effort to really master.

This came on the heels of a role he played that involved him acting the part of an individual with cerebral palsy. After the part he came to understand just how hard it is for those living such a condition and wanted to do something about it.

3. He’s been nominated multiple times for his role in Shameless.

As despicable as Frank Gallagher is, and he’s one of the most shifty and horrible characters you’ll ever watch, he’s been absolutely loved by so many that Macy has been nominated over and over again for several awards, and he’s won a few as well.

2. He did a voice-over for a lady’s deodorant commercial.

This was when he was first getting started and as you can imagine everyone has to start somewhere no matter that it’s bound to be something they might not want to do or something they won’t be remembered for in due time. It was a job, that was what mattered.

1. Apparently his agent tried to discourage him from doing Boogie Nights.

His talent is something that makes him able to be the clueless guy, the good guy, or the bad guy that you might not think much of but would be wise not to turn your back on. All in all, William is just that good at what he does.