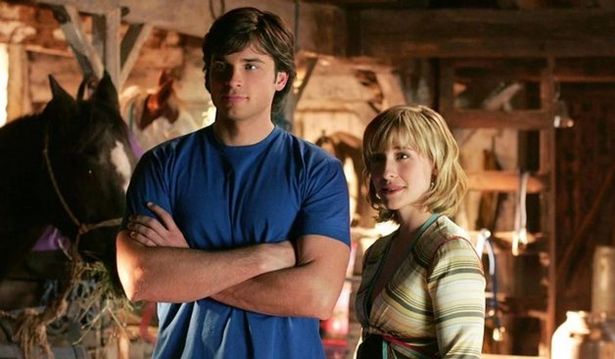 Tom Welling is one of those individuals that is very simplistic in his thinking at times and yet does think of grander things that he can do with his life. But his approach to them seems to be a very work-oriented thing and it’s been shown by the way he’s gone about getting his roles that he’s a guy that gets in there and makes sure to do as much to complete a role as he can when it comes to making people believe in the character. This is the kind of depth you want to see from actors and many of them are good at either faking it or at least falling into their role enough that people believe them. But Tom is one of those that feels the need to do the job right and makes sure that people are going to see and even believe in him as the character. That kind of dedication isn’t rare but it’s certainly inspiring.

Here are a few things you might not have known about Tom.

10. He isn’t really much of a Superman fan despite the role he played.

He never read the comics and he still doesn’t to be honest. Whatever he learned about Superman he gained from other sources as he’s been focused more on the early years of Clark Kent than anything.

9. Tom was an average to good student in high school and decided to not go to college.

He got fair grades that allowed him to move ahead and graduate but college just wasn’t his thing so he went into construction instead. He had a few odd jobs along the way but once he decided to really make his way into the public eye he didn’t waste much time.

8. He stopped a mugging once.

You don’t hear about stars doing this all that often but it had to have been after he was cast in Smallville since the woman he saved stated that he really was Superman, in a joking and grateful manner of course. This made Tom laugh as he was just trying to help.

The world of modeling calls to a lot of people it seems and it’s not too surprising since the exposure one can get and the kind of careers they can move onto seem quite plentiful if people know how to look and apply themselves when it comes time.

6. There was a desire to have him star in Twilight.

The author of the Twilight series wanted him to play the role of one of the Cullen’s but obviously he either didn’t have any interest or the casting director wasn’t going to make the attempt. It’s hard to say what he might have looked like with pale skin and red eyes.

5. He’s the only actor from Smallville to have been in every episode.

This makes a lot of sense considering that he was the main character and the most pivotal of the bunch. To not have him there would have been kind of odd since the whole series was kind of focused around the emergence of Clark Kent

4. Tom was featured in the film Draft Day.

He was more of a secondary character since he played the current quarterback for the Cleveland Browns. A lot of people thought this movie showed a few of the NFL teams in an extremely poor light, but then that’s bias for you. It happens even if it’s just for satire.

His mother and father both belong to opposing parties and it’s kind of fair to say that even if he has a political affiliation it’s something he doesn’t like to get into as debates could get a little heated, especially in the political landscape we have now.

It would seem that he’s the kind of guy that wants to do his job and then head home for the day to just relax and enjoy himself. When you see the average actor’s schedule it would make a lot of our heads spin since they tend to do a slew of interviews depending on what project they’re working on, the promos that are being run, and so on and so forth. While a lot of us probably think that the life of a celebrity is great, they do like to have time to themselves at certain points.

1. He put a lot of emphasis on the development of Clark Kent as a person instead of how he became Superman.

Tom was a lot more interested in keeping the series focused on Clark rather than on the fact of who he would one day become. This development was after all important for the man of steel to even exist.

In some ways he almost seems like the working man’s actor.