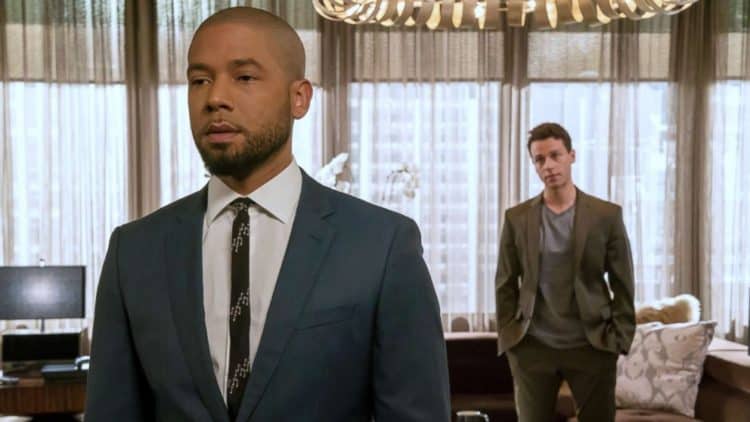 By now you’ve likely heard more than once about how Jussie Smollet was attacked after being subjected to homophobic slurs against his person. Thankfully he was able to make it to the nearest hospital to receive treatment and recover, but the truth of this attack is something that people can’t begin to understand since it seems to be a serious backwards step in the history of this country when a person can be attacked without provocation for their race and sexual preference. Smollett has been pretty upfront in the past few years about his sexual preferences and he’s been around for a while when it comes to show business, having been a child actor in the beginning of his career as he went in and out of the spotlight. At this time the suspects haven’t been charged but police are looking at people of interest in an attempt to make things right.

Here are a few things you might not have known about Jussie.

He started out in commercials like a lot of other people seem to have done back then, creating a buzz about his person in some ways but never really breaking into anything big until later. This seems to have been the case with many people that started out in this manner.

9. He was Terry from The Mighty Ducks.

The actor that played his brother Jessie managed to get most if not all of the lines between them, but his presence was hard not to notice since he was always a part of the pack and managed to find his way into a lot of different scenes.

If there was ever a way to do such a thing where a lot of people would see at once it would be on live TV in front of a crowd that numbered in the thousands to millions. There’s no doubt that it was nerve-wracking at first, but admitting as much is something that no doubt takes a lot of weight off of a person’s shoulders at times.

7. He’s into promoting sexual fluidity in the gay community.

Jussie has admitted that he’s had interest in women, which many people might argue makes him bisexual. But as he’s already stated he is working hard to promote the idea of sexual fluidity within the gay community. It’s something that seems to be fine for those that can mold their minds around the idea, but trying to get everyone on board is no doubt going to be a challenge.

6. Jussie has starred with his siblings before.

In some ways this seems as though it wouldn’t work as well but there are still those that believe it would be far more comfortable since it does seem as though siblings would be easier to work with since they know how to deal with one another on a much more personal level.

5. Kevin Hart threw in his support for Jussie after he was attacked and was criticized for it.

If you remember Hart was criticized so badly for something he said a while back that he had to give up his hosting spot for an awards show. His outpouring of support towards Jussie was actually called a great joke by someone, which seems less than gracious when someone is actually being serious and trying to show support.

Apparently when Belafonte came on Empire Jussie seemed to be weak in the knees since he happens to idolize the man and wasn’t intimidated but was awestruck to meet him. For his own part Harry had nothing but good things to say about Jussie, being completely complimentary to the younger man.

3. He’s very serious about his career.

Jussie has fun with what he does but he takes his career seriously in a manner that speaks to his professionalism and his activism in trying to get people to see his point of view and what he’s trying to promote through various roles. He doesn’t do anything halfway and enjoys what he’s doing while he’s trying to enlighten others in a way that’s both entertaining and eye-opening.

2. Jussie had to audition 7 times before he was given a role on the show Empire.

At first the creator of the show didn’t really know if he was the right person for the role he was trying to take, but it sounds as though he was at least willing to give Jussie the chance to prove that he could be what was needed. Seven auditions makes it sound as though the creator was attempting to get Jussie to give him everything he possibly could when it came to the character he was auditioning for.

Some folks might think that celebrities like to eat out all the time and be served every chance they get, but a lot of them actually enjoy a home-cooked meal more often than one would think.

Here’s hoping that the people that attacked Jussie will be brought to justice and this matter will be settled.