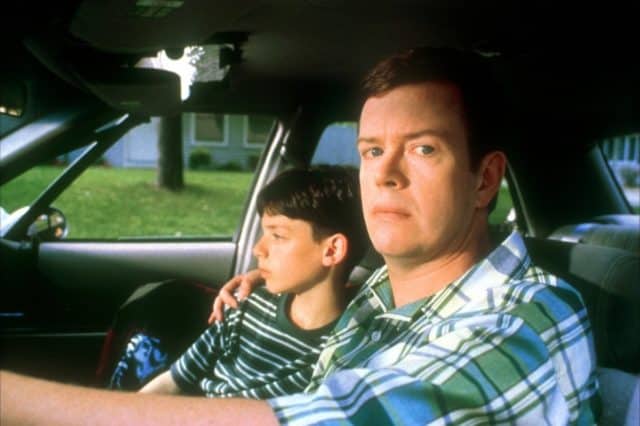 If you really want to spare your eyes and sensibilities do not, I repeat DO NOT watch Happiness. If you happen to like sick cinema and have an extraordinarily strong constitution then go right ahead. The reason I say this is that the movie is without a doubt one of the most disturbing films ever made, and has earned the dubious distinction honestly. The Jordan sisters are possibly some of the worst judges of character and the men that they end up with are some of the sickest people this side of the nut house. The pedophilia has to be one of the worst parts ever made for a feature film.

Here’s a few other things about the film you might not have known.

With the subject matter it covers it’s not too hard to believe that the film would make such a list. The idea of a pedophile roaming around scares a lot of people.

9. Dylan Baker was able to move on from the role without any negative feelings.

A few actors that were more well-known than Baker didn’t want to accept the role because they’d have to act like a pedophile. Baker took on the role and simply moved on when he was done.

8. The original screenplay includes Bill receiving a package at the end.

The package contains a bomb that ends up killing him, but it was written out for the movie.

7. Philip Seymour Hoffman based his character off of the founder of the Christian Coalition.

That same individual said that Happiness was his favorite movie. I’m not sure if that’s really disturbing or genius in some way.

There are a lot of movies out there that you should see before you die, but this is one of them that you might want to take with a big grain of salt.

5. Two of the stars were active cast members on a TV show during this film.

Lara Flynn Boyle and Camryn Manheim were costars on the show, The Practice while shooting this film.

4. Jack Black was almost picked for the character of Allen.

Even with the understanding that comedy would not be a desired vehicle for the script it seems like Jack Black might have still been too light-hearted for such a film.

3. Jon Lovitz was in the film for a total of 5 minutes.

It’s one of the first films you’ll find on his IMDb page.

2. There was a deleted scene with Andy.

The deleted scene shows Andy committing suicide, but it was taken out for various reasons that haven’t been released.

1. The film was shot in standard spherical format.

It still says ‘filmed in panavision’ in the credits.

More than one thing about this film was intensely disturbing but the one overriding issue is the pedophilia that is so blatantly used and thrust at the audience front and center. If you do decide to watch this just remember that it was your choice.