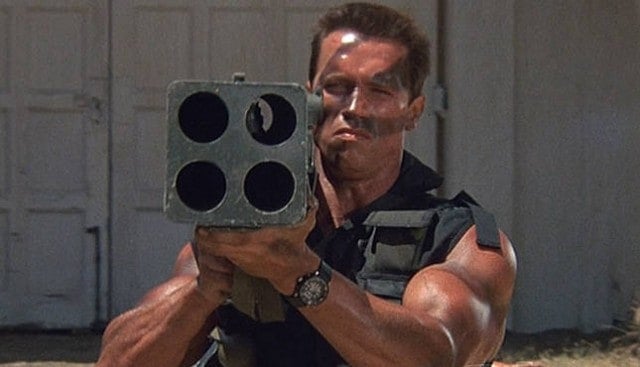 As one of the most action-packed movies of his career and one of those that is so obviously over the top with what the main character can do Commando is one of those movies for which the main actor will always be remembered. After all Arnold Schwarzenegger was in his prime the man when it came to action films. He took on some of the most big budget, blockbuster films that threatened to blow the competition out of the water with a single shot. Unfortunately not all those movies were hits, but the fact remains that many of them were remembered. Commando was definitely one that is stuck in the public consciousness not just for its star but for how bad it got at times.

Here are a few things you might not recall from the movie. They might even be on purpose.

10. Arnold wasn’t the first choice for the lead role.

Nick Nolte was almost selected ahead of him. That might have given us a very different movie indeed.

9. The shopping mall in the film was the same one used in Terminator 2.

After being used for both films the shopping mall was eventually remodeled. It might not be recognizable today.

8. Arnold was very protective of Alyssa Milano on the set.

He made it a point to look out for his younger costar and would even help her with her homework on occasion.

7. They had to use a crane to dangle Sully over the cliff.

When Matrix has Sully hanging over the cliff the director initially wanted Arnold to do this without help. Arnold thought it was too risky so they had to use a crane setup.

6. The cut on Arnold’s forehead in the beginning of the movie was real.

Arnold took his fair share of bumps and bruises in this film but warned the director about ever giving his costar a real knife again.

5. It was surmised that thanks to his training Arnold was the equivalent of a 2nd degree black belt by the end of the film.

Throughout the film he was constantly training and finding new ways to adapt to the role. So by the time it was done he’d gained a fair amount of skill.

3. The studio execs didn’t want Arnold to talk in the movie at first.

Even at this point his accent was so thick that it was hard to understand him at times. The studio execs toyed with the idea of having him not speak at all, but eventually relented, perhaps thinking that it would be best to at least let him try.

2. Arnold did a lot of his own stunts.

It was extremely difficult to find a stunt double his size so he did a lot of his own stunt work. He suffered a dislocated shoulder and a lot of stitches in the process.

That seems about right for a film with Arnold Schwarzenegger in it. By today’s standards it’s probably still kind of impressive.

Can you believe it’s been 30 years since this film was released? 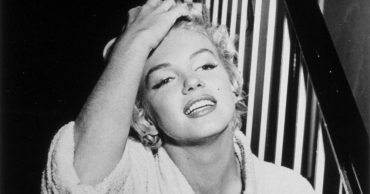 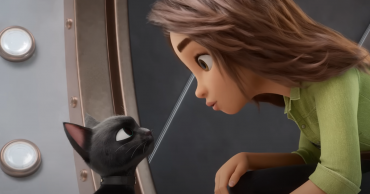 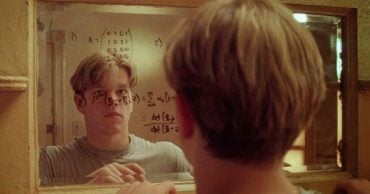 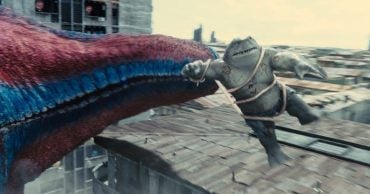 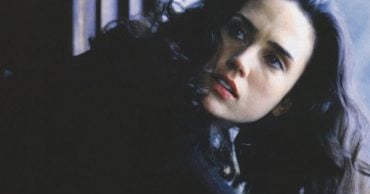 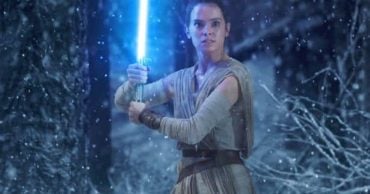