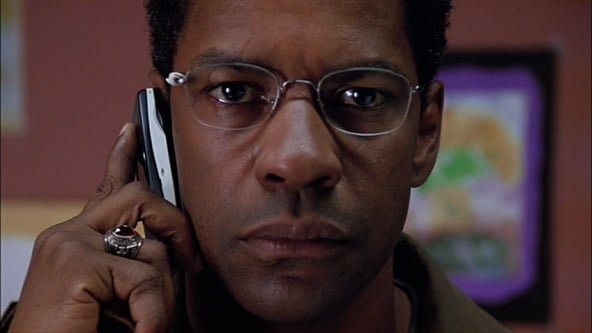 The Manchurian Candidate is a twisted story about mind control and the supposed good it can do when being employed upon those who are trained to kill. Well, that’s what I got out of it. The creepy thing is that every now and gain you tend to hear stories about these things and the unfortunate part is divining just what’s real and what’s complete fabrication. The truth is that the human mind can be programmed, but the counterargument to this is that at a certain level everyone has a breaking point. It’s whether or not they break or resist that makes them who they are, and essentially allows them to choose what they’ll do next.

It’s still a very scary thought that mind control could ever be real.

10. The original movie dealt with events that happened in Korea.

This time the events happened in Kuwait, so the story keeps with the current goings on in the world.

9. Jane Fonda toned down her performance.

She didn’t want her return to film to be as a villain is what she said, though she was still just that by the time the movie ended.

8. Meryl Streep didn’t watch the film until it was completely done.

This isn’t too uncommon since a lot of actors won’t even watch the film once it’s done. Some have gone years without watching their own films.

This habit seems to be a favorite of many that play politicians. Kennedy is just one role model but a very important one.

5. The Japanese title of this film is Crisis in America.

It’s funny sometimes how the title of certain movies don’t translate well into other countries.

4. This is the second Sinatra film to be given a remake in the 21st century.

The other one was Oceans 11. A lot of people seem to think that remaking such movies is a gamble but it’s paid off so far.

3. The film almost had a different director.

Brian De Palma and Neil Jordan were almost offered the job but the producers were against it so it never happened.

2. One of the director’s trademarks is that the characters look directly into the camera.

It’s not quite a 4th wall break, but it is something that can give people the heebie jeebies if it’s done right since it looks like the actor is looking right at you. Of course the 4th wall break kind of makes fun of that whole trademark.

1. The screenwriter was paid a little over a million dollars for the initial draft.

That’s a lot of money for an initial screenplay that might have needed a lot of work. But it is the dream of a lot of writer’s to hit that one big payday that can make it all worthwhile.

Personally I live for the story, and this was a good one.