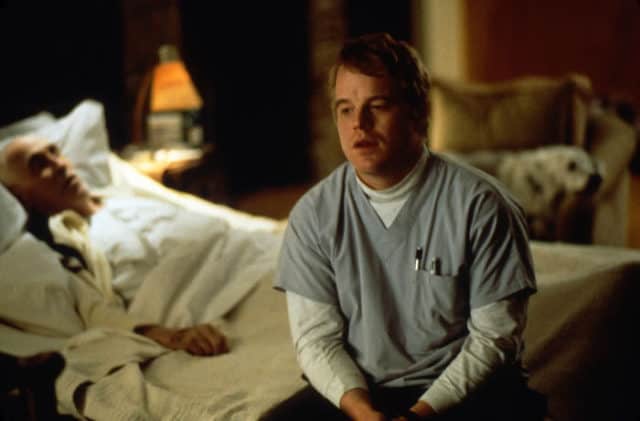 If you’re ready to be confused by the twisting plot points and stunning display of whirling emotions and issues that are felt by each and every one of the cast then you might be ready for Magnolia. Seriously, just considering this film makes my head spin and it’s not much of a wonder that not a lot of people talk about it any longer. Some people might have found it edgy and even artistic and possibly beautiful in a way with it’s imagery but all in all it was highly confusing and in many ways possible of inducing a severe headache from trying to keep up with the story, which was not just one person but many people trying to sort through their sordid and in some cases very vexing lives.

At least the trivia about the film was somewhat interesting.

10. The other characters were created in regards to Claudia.

Claudia is kind of the alpha of the movie. She’s where everything begins even if she’s not the ending as well. All other characters tend to branch out from her.

9. George C. Scott actually tossed the script across the room when it was given to him.

He was so disgusted with the amount of bad language in the script that he started throwing expletives at the director in return.

Basically if you refuse to let them go I will smite thee with a plague of frogs. Strangely enough it happens, but it still doesn’t make a ton of sense.

7. There is a picture or a painting of a magnolia in almost every location.

The imagery in this film is hard to miss but it doesn’t always pop up and smack you in the face as it does with other movies. This is pretty subtle.

6. Fiona Apple did many of the paintings in the movie.

You might have thought that she was a one and done musician but it turns out she’s a pretty good artist too.

5.  The director admitted that he would have liked to cut the run time.

The story goes that the director wanted to keep the run time reasonable but just kept getting into the story so much that couldn’t stop himself.

4. Burt Reynolds was supposed to be cast but had an issue with the director.

Thanks to an issue with the director over Boogie Nights Reynolds didn’t even bother explaining why he walked out.

3. There were apparently walkouts when the film was released.

It wasn’t fully expected but people actually stood up and walked out of the theater when the film was released.

For an artistic film this seems risky since it’s not a slasher, action, or even a buddy cop film so the F word should have been used quite sparingly.

It was originally supposed to be done in 77 but obviously the director wanted to take a little more time to insure that things went the way he wanted. Because that worked out so well it seems.

Take a couple of Advil before watching this film. Trust me.