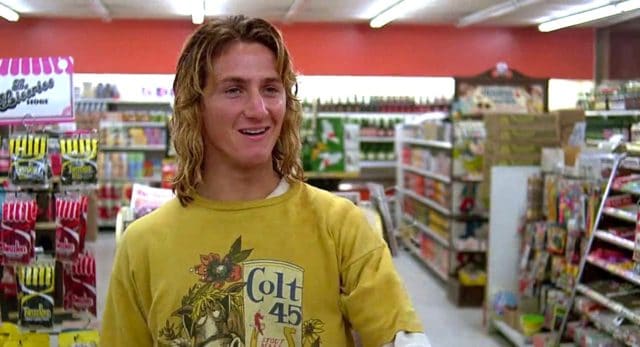 For those of us that can recall this movie it’s a little tough to think that it’s celebrating it’s 35th year since it’s initial release. While the current generations have little if any real interest in a lot of movies from the past Fast Times at Ridgemont High is still remembered as one of the absolute classics of the time and has enjoyed a cult following for many years now. After all it was films like this that showed us what high school could really be like if we just tried, for good or for worse.

10. It started as a non-fiction book.

Cameron Crowe actually spent a year in Clairemont High School, with permission, gathering stories to put into a book. The book was published in 1981, just a year before it was adapted to the screen under its current title.

9. Nicolas Cage made his screen debut as Brad’s bud.

He was supposed to play the character of Brad but his improv scenes were just too out of left field during auditions so he was given a lesser part.

Given the explicit nature of some of the scenes the producers wanted everyone to be age 18 or older. Cage actually lied about his age so that he could get a role.

7. Sean Penn didn’t even have to audition for the role of Spicoli.

Thanks to a conversation he had before his audition the casting folks thought he was as good as they were going to get and pegged him for the role immediately.

6. Penn stayed in character for the entire shoot.

He wouldn’t even answer to his real name and insisted that everyone call him Spicoli. The director made fun of him behind his back by throwing DeNiro references at him, indicating that he was being a little nuts but still dedicated to his character.

5. This was Forrest Whitaker’s first film.

He plays the enraged football player and doesn’t have a very big presence in the movie, but he’s easy to recognize at least.

4. Fred Gwynne turned down the role of Mr. Hand.

The guy that played Herman Munster wouldn’t take the role because he was appalled at the use of sex and drugs in the script.

3. The film had absolutely no original music.

Everything you hear in the soundtrack was taken from pre-recorded music and used was was necessary for each scene.

Much like Cameron Crowe did with his book she went undercover to work at the pizza place in order to get into character for her role.

1. The film had an initial X rating from the MPAA because of nudity.

While it might have seemed rather tame in the current day and age, I mean really, look at Game of Thrones, back then full frontal nudity was a big no-no. It was cut and edited to maintain the solid R rating.

Fast Times at Ridgemont High is still one of the best movies, hands down.