Home
Movies
10 Things You Didn’t Know about The Conjuring 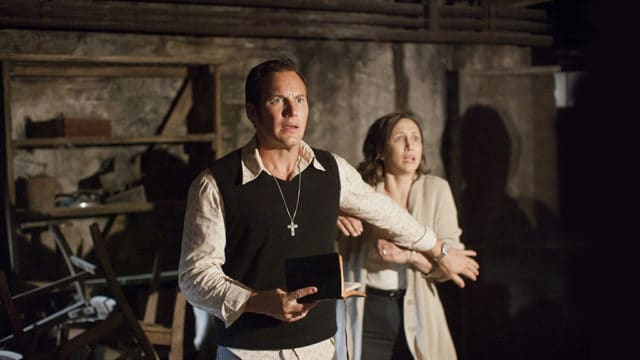 Horror films have been on the rise again for a while but have tripped more than once in the last two decades. In fact it’s kind of safe to say that the Scary Movie franchise has been one of the only real successful runs that has come along in the last twenty years, at least the only one that was almost universally loved by fans. But in the last decade or more there have also been rousing successes that have stood out among the rest.

The Conjuring is one of those movies.

10. It’s one of the most successful horror films of all time.

Despite having a modest budget is has actually topped out at number 7 on the all-time rankings for horror movies. That’s pretty impressive really.

9. Originally the story was told from the Perron family’s point of view.

Before being revised, edited, and going through a rewrite, the point of view of the story was that of the Perron family. Eventually that was changed and we got to see it from the Warren’s point of view.

There was actually a bidding war for the movie that was between six different studios. Before and after that the fate of the film was stuck in limbo.

7. It had a different title to begin with.

Originally the title was The Warren Files before producers finally settled on the more well-known name.

It was absolutely vital that Patrick Wilson and Vera Farmiga get the facts and the truth about the Warrens in order to make the film as authentic as possible.

5. Lorraine Warren does have a cameo.

The woman that went through the harrowing process of the true story was indeed asked to play a part in the film. It wasn’t that involved but it was more than enough to realize who she was.

4. The composer of the film had a role.

Believe it or not the composer of the film played the role of main antagonist. Bath-Sheba was the main baddie of the film that basically was responsible for the entire ordeal. That had to be one of the most interesting things about the film to be honest.

Up until The Conjuring was released to theaters the home in which the paranormal happenings had occurred had been quiet and without incident. Once the movie came out however they experienced a slew of robberies and a great deal of vandalism. Their home became a circus, and they eventually sued the producers and the director alike.

2. Priests in the Philippines performed blessings before the film was shown.

It might have been a ploy to up ticket sales or it might have been a hint of paranoia concerning the dark feelings that came along with the movie, but this was very real. Catholic priests were actually brought in to bless the audiences in the Philippines. It must have worked because no one ever reported an actual possession.

1. Production was plagued by strange happenings.

When making a horror movie it’s normal to feel the heebie-jeebies every now and again, but on the set of the Conjuring strange things did tend to happen. Breezes that disrupted the set but did not touch the trees were common, phone calls were inexplicably cut off, and animals were known to act oddly towards nothing that anyone could see. It was enough to creep people out, and rightfully so.

How many facts did you know about?