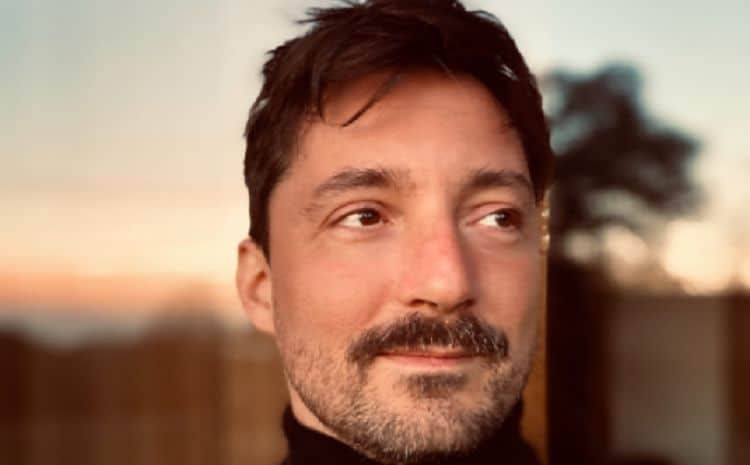 Since Netflix’s heist tale, Lupin, was released on January 8, 2021, the show has become a huge hit, becoming the first French series to rank on Netflix’s top 10 list.  Part II was released a few weeks ago and critics/audiences have been buzzing about it since. A big part of the show is the music, so we spoke with the show’s composer, Mathieu Lamboley, below and asked him the below ten questions.

-You composed your first original score at 25. What were you doing before you got into music? Was music something you always knew you wanted to do?

Well, indirectly yes, it is something I always wanted to do. When I was a child, I would constantly hear my father playing the guitar, and those sounds I remember like it was yesterday. At first it wasn’t really a passion, I was a very sporty kid, very much into judo but still, it naturally came into the way my parents raised me. It has been there pretty much since I started playing the piano, when I was 7.

-Not only did you compose the score for Lupin, but you also were featured in the last episode as a conductor. What was that experience like?

It was really fun to me. It was one of my only moments in the forefront. Usually, I enjoy being behind the scenes but it does feel great sometimes to act a bit. It is a very important scene, and it is a concert scene, so it was kind of obvious that I would play the role of the conductor. Once on the set, I showed Omar how to conduct the orchestra, and he enjoyed it so much he didn’t want to let the baton go !

–Lupin is a French show, but has become a hit in the U.S. too. Are you interested in scoring American projects too?

I would love to, and that’s why I also have an agent in the US now. What I like is to work on challenging & high quality projects, with great expectations for music. And there’s a great number of them in the US obviously!  And I would also love to compare French and American aesthetics. These strange months of remote working at least showed that it’s possible to collaborate all over the world.

-Did you get to use an orchestra for your Lupin score?

Indeed, for my symphony in the final episode, we were lucky enough to work with a great French orchestra: the Orchestre National d’Ile de France. We had 72 talented musicians playing my piece. We have excellent musicians here in France and it was important for me to show this too. It is important to work with real people. When you hear a bass clarinet on Lupin, someone was actually recording it.

-Along with classical motifs, there are some hip-hop elements to the Lupin score. Did those come naturally for you?

Well you see, I first spent some time thinking about what Lupin really stands for, as my job is to give each project a unique soundtrack. To me, Lupin is all about heritage, a father passing on a literary heritage to his son, and the latter continuing the legacy in the present time.  The question then became, how do I translate this in music? It all came very naturally to me. I decided to take a hybrid approach and mix my classical heritage with more modern sounds, as if I were myself trying to make my musical heritage live in the present. And this is what you can hear in the soundtrack: classical writing blended together with hip hop beats.

-Is there a type of American project you would be interested in working on?

Americans really are the best when it comes to entertainment, so I would certainly love to work on an ambitious project involving a lot of orchestral music, action movies for instance, but also animation as I loved doing Minuscules 2. Then the truth is there’s also a great bunch of indie US movies that I love so why not? You know in the end, it’s not just a matter of type of projects but rather the quality of the latter that will be key. When I work on a movie or a series, I’m 100% dedicated to it so I’d better like the project!

– Your work on Minuscule 2 garnered a lot of praise, with you receiving a World Soundtrack and IFMCA Award nomination. Why do you think your score stood out so much to audiences?

Well, first: Minuscule 2 has no dialogs, so this gave my music a very special role. I wrote it like a symphonic poem, giving each character its own theme, and music thus became like the voices of the characters. It’s a fantastic opportunity for a composer to have such a key role in a film!  Then I think the quality of my relationship with the directors has been crucial: they gave me very accurate instructions in terms of intentions & emotions but they also trusted me on the creative. I enjoyed this freedom very much and I proposed a score which doesn’t try to stick to standard international film scores but rather tries to be unique… I spent a great load of time working on orchestrations, and tried to include references to Ravel, Debussy and Stravinsky, composers who I admired, while bringing my own vision.

-You mainly compose films. What is the biggest difference between scoring a tv show opposed to a film?

Probably the most exciting part was to deal with the series format opposed to films is the fact that you have time to develop your ideas. It’s a fantastic opportunity for a composer as the viewers get used to your music during the first episodes, and then you can go way further in terms of creativity. To give you an example: for the final episode of LUPIN, I wrote a symphony where all the themes of the show blend together. It’s very complex and challenging music for the viewers, and it was made possible only because you have nine episodes before that, so the viewers are somewhat prepared.

-You are a French composer, having studied at the Paris conservatoire. How do you think your composing style is different from American composers?

I’m definitely a French composer, having studied at the Paris conservatoire, and my favorite composers are Ravel and Debussy, they are French. This can certainly be heard in my music at some point and it is embodied by the fact that I don’t try to sound American or ‘international’. If you have different inspirations, you obviously have a different touch. But I am not limited to this French aesthetic, I enjoy discovering new things in terms of style and composition.

-What instrument would you say you specialize in?

I am a classically trained pianist. I have been playing the piano since I was 7 years old and all along my Conservatory studies.  This instrument taught me to be demanding and still does actually. A few years ago, Michel Legrand invited me to his home and almost told me off when he realized I was not practicing the instrument every day like I used to. I thought I was too busy writing film music, but wait… he’s Michel Legrand :) Turned out he was right, and I got back to work!