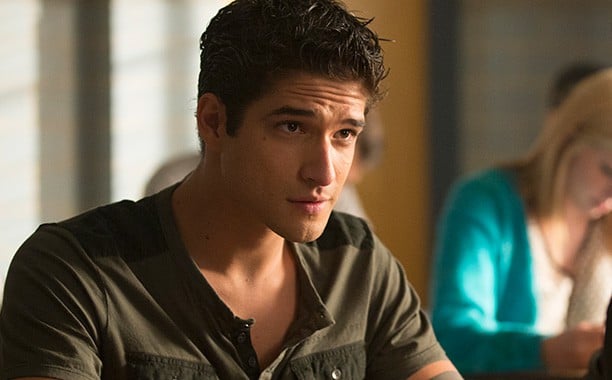 For six seasons of Teen Wolf, Tyler Posey was the hunky heartthrob that millions of people couldn’t get enough of. The fact that his character was a werewolf only added to the allure. While the series is what he is best-known for, Tyler has also had a lot of other cool roles during his career. Since the show’s end in 2017, he has focused a lot of his attention on movie roles. This has given him the chance to show the world that he really is a serious actor who can take on diverse and complex characters.  If there is anyone who has ever doubted whether or not he’s the real deal, I think it’s safe to say that the answer is yes. Keep reading for 10 things you didn’t know about Tyler Posey.

1. He Once Played Jennifer Lopez’ Son

Lots of people don’t realize that Tyler Posey has been in the entertainment industry since he was a little kid. He’s gotten to work with some pretty big names along the way. In 2002, he played Jennifer Lopez’ young son in the romantic comedy, Maid in Manhattan.

2. He Started An OnlyFans

2020 has been a huge year for the premium content platform, OnlyFans. In recent months, celebrities have been joining the site and Tyler is the latest one to get in on the action. For $14.99 a month, people can subscribe to Posey’s account to gain access to exclusive content. By the looks of things, he’s actually going to be posting some spicy content.

Tyler’s on screen work are what most people are familiar with, but he’s actually done a good amount of voice acting as well. He voiced the character of Tony Toretto in the animated series Fast & Furious Spy Racers. He is also the voice of Prince Alonso in Elena of Avalor.

4. His Father Was The Original Danny Tanner

Being a performer is something that simply runs in Tyler’s blood. His father, John Posey, is also a successful actor who played the role of Dr. Conrad Fenris  on Teen Wolf. Most notably, John was cast as Danny Tanner in the now legendary sitcom, Full House. He played the role in the series pilot which never aired and was ultimately replaced with Bob Saget.

Acting isn’t the only thing Tyler is good at. He’s also a talented musician who enjoys singing and playing the guitar. Music is more than just a hobby for Tyler. He has been a part of several groups/bands and has released three EPs as a member of a group. He has yet to release any solo projects.

6. He Has Mexican Ancestry

Tyler is someone that many would probably describe as racially ambiguous. This fact has helped him throughout his career as an actor because it allows him to potentially be cast for a wide range of characters. In reality, Tyler was born to a white father and a Mexican mother.

7. He Has A Zombie Tattoo On His Leg

Supernatural things have alway been interesting to Tyler and he’s a big fan of zombies. He even has a tattoo of a zombie on his leg. Tyler also has lots of other tattoos, which is something many of his fans didn’t realize about him for many years. During his time on Teen Wolf, his tattoos were always covered with makeup.

8. He Loves To Skateboard

Tyler spends a lot of time working, but he also likes to let loose too. From an early age, skateboarding has been one of his favorite ways to just kickback and have a good time with his friends. On occasion, he’s even recorded videos of himself skating in his underwear.

9. He Loves Being Outdoors

Tyler is a down to earth person in more ways than one. He loves the simple things like spending time outdoors and appreciating all of the beauty that nature has to offer. He enjoys doing things like going for long walks with his dogs, hiking, swimming, and exploring.

10. His Mom Passed Away After A Battle With Breast Cancer

In December of 2014, Tyler suffered a tragic loss when his mom, Cyndi Garcia, passed away.On August 14, Tyler shared a heartfelt Instagram post in honor of his mother’s birthday. In the post he said, “Happy birthday mama. People tend to post only the good things in life. But that’s not realistic. Not that this is bad or anything, but it’s a glimpse that life ain’t perfect.” The post received over a million likes as well as comments from people offering words of comfort.