Home
Movies
10 Fun Facts About the Movie “Eddie the Eagle” 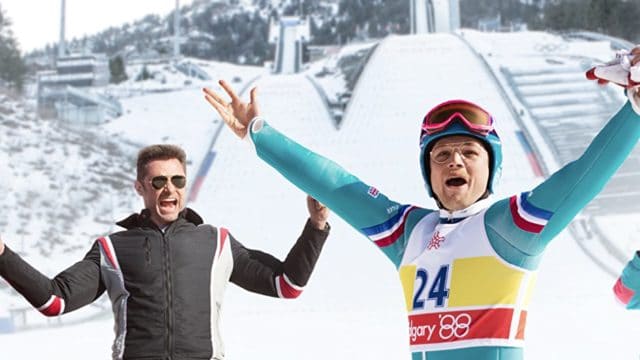 It takes a lot of guts to keep competing when no one wants you there, but Eddie the Eagle is the kind of individual that has managed to show people that love of something is more than enough to trump even the greatest amount of criticism. Despite being denied his dream for so long Eddie finally realized his goal of competing in the Winter Olympics in 1988 and managed to get the entire crowd on his side despite the fact that he didn’t have the same prowess as those he was competing against. Sometimes heart and determination do make a huge difference.

Not knowing when to quit helps as well.

10. The real Eddie the Eagle was very pleased with how the movie was made.

He understood that it wasn’t entirely the way his life went but he still enjoyed how the movie was put together and how his part in it was portrayed.

9. The movie doesn’t show how desperate Eddie really was at some points.

He would sleep in random areas where he could find shelter, he had to scrape for food, and it was a miserable way to come up through the sport for the most part.

8. The standards for the event were changed the moment he started doing better in the sport.

It is true that the moment he started competing the standards were changed so as to keep him out by making sure he couldn’t hit the qualifying mark.

After finally competing for his last time he went back to school and earned an education that allowed him to at least stick close to the sports world.

6. The role of Bronson Peary was made up entirely.

This role was devised to give an indication that Eddie had a kindred spirit out there somewhere that knew what he was going through and could possibly help him, but Bronson didn’t exist.

5. The director came up with the idea of making this movie after watching Cool Runnings with his kids.

While watching the movie he wondered why more movies such as this weren’t made that often. In fact the Jamaican bobsled team that inspired the movie was in the Olympics the same year as Eddie.

4. Eddie learned how to ski jump in the US.

In the movie it shows him learning how to ski jump in Germany, but in real life he learned in Lake Placid.

3. Eddie has stated that he was always afraid during each jump.

When any jump could be your last it’s easy to be afraid. There are no guarantees in this sport so it could be that anything might happen on the way down. However that can help some people to focus.

2. Eddie trained himself for the most part.

He had a few coaches that came and went but he didn’t keep them around long as he had something of an attitude problem and trained himself a great deal of the time.

1. He was Britain’s first ever ski-jumper.

The level of disdain he was shown was incredible, especially since he was so adamant about representing his country.

Sometimes the miles of heart a person displays is all they really need.