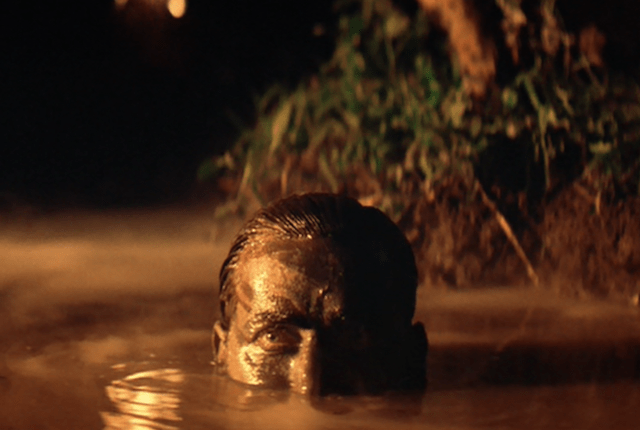 Apocalypse Now has to be one of the grittiest, sometimes hard to watch war movies of all time, but it’s also one of the best ever made. Of course that’s all a matter of opinion but like anything when enough people say it that opinion tends to mean at least a little something. But the manner in which this movie went down is still something that people remember as one of the most macabre moments in history since you tend to wonder if anyone in the military at this time or even in recent years has ever thought this way. This particular war was one of the nastiest and most scarring of any, but since then there’s been all too much horror to take in.

As dramatized as it is, you really have to wonder what’s going through the mind of those soldiers that have seen and done some truly terrible things.

10.Â We train young men to drop fire on people, but their commanders won’t allow them to write “f***” on their airplanes because it’s obscene!

The morality of war is hard to equate at times with what’s socially acceptable. A lot of times it seems like so much hypocrisy.

Kurtz had seen and done a lot of things in his time, so it’s likely that the horror was an enemy he had grown well acquainted with.

8.Â I love the smell of napalm in the morning. You know, one time we had a hill bombed, for 12 hours. When it was all over, I walked up. We didn’t find one of ’em, not one stinkin’ dink body. The smell, you know that gasoline smell, the whole hill. Smelled like victory.

Some things that people tend to get used and start to love are horrific enough that the rest of humanity might just wonder about their mental state.

What right does one killer have to judge another, even if they’re supposedly honorable men?

There were a couple things in this movie that were removed from the horror at least, and surfing was one of them.

5.Â You’re neither. You’re an errand boy, sent by grocery clerks, to collect a bill.

Willard wasn’t so much an assassin as he was a common soldier following orders.

This basically means go in and mess the guy up to show that his kind of crazy isn’t tolerated.

3.Â Everyone gets everything he wants. I wanted a mission, and for my sins, they gave me one. Brought it up to me like room service. It was a real choice mission, and when it was over, I never wanted another.

Sometimes one of the biggest tragedies in life is actually getting what you want.

Maybe the world won’t end with a bang like some people think.

1.Â ‘Someday this war’s gonna end’. That’d be just fine with the boys on the boat. They weren’t looking for anything more than a way home. Trouble is, I’d been back there, and I knew that it just didn’t exist anymore.

Sometimes home just isn’t home anymore, or at least it’s not the way you remember it.

The horror of war is that you don’t come out the other side the same person.

Why A Journal For Jordan Bombed At The Box Office

Marvel vs. DC Movies: Who Will Own 2022?
Comics Lists News Things You Didn't Know Whatever Happened To